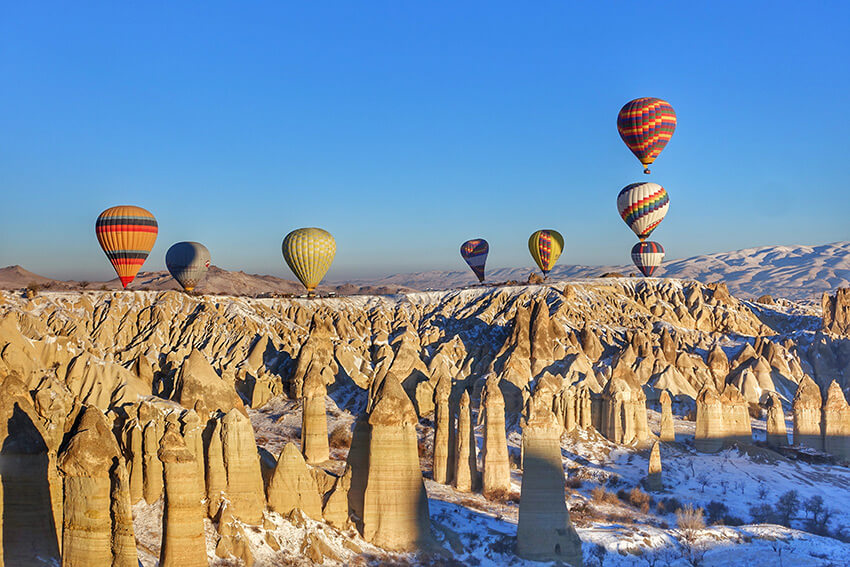 In 2015, Turkey was the 6th most visited country in the world. But in 2016, due to internal political unrest, acts of terrorism and conflicts in nearby Syria, they didn’t have a great year in regards to tourism. In the years that followed Turkish tourism has had its ups and downs.

Politics, pandemics and other factors have all played a part in making this once great tourism destination a question mark on people’s bucket list.

So now for 2021, and beyond, the question on everyone’s mind is…. is Turkey safe to travel to?

A quick search at any traveler forum on Turkey will show that the most common questions about the destination over the last year have been in regards to whether Turkey is safety or not, rather than its worthiness for a visit. So before we take a look at just the safety, let’s look at the full picture.

So if you’re considering Turkey for 2021, and beyond, here are a few key things you don’t want to miss! 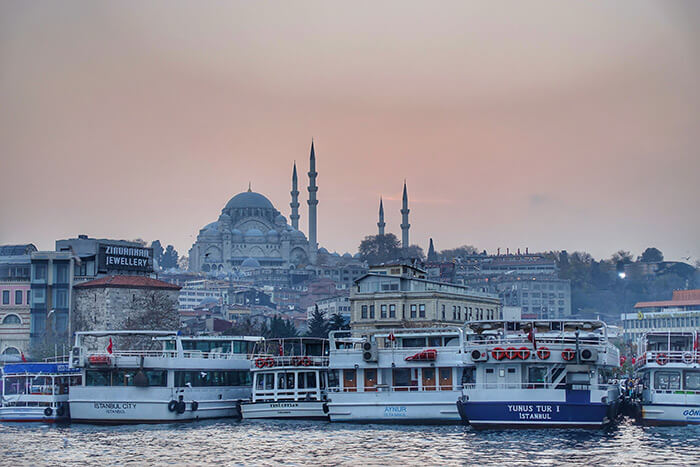 The History of Turkey

We all know the song Istanbul, Constantinople… don’t we? (sorry if that’s stuck in your head for the rest of the day). Well, Istanbul (aka the largest city in Europe) is the modern version of Constantinople, the once capital of the Roman Empire. Which means everywhere you go you’re likely to find archaeological remnants and history.

From the Basilica Cistern to the world wonder Hagia Sofia, Istanbul itself is flush with Instagrammable history lessons.

And outside of the city is even more. Pamukkale is known for the white travertine terraces, but also neighbors Hierapolis, one of the largest remnants of the Roman Empire, complete with a thermal spa. 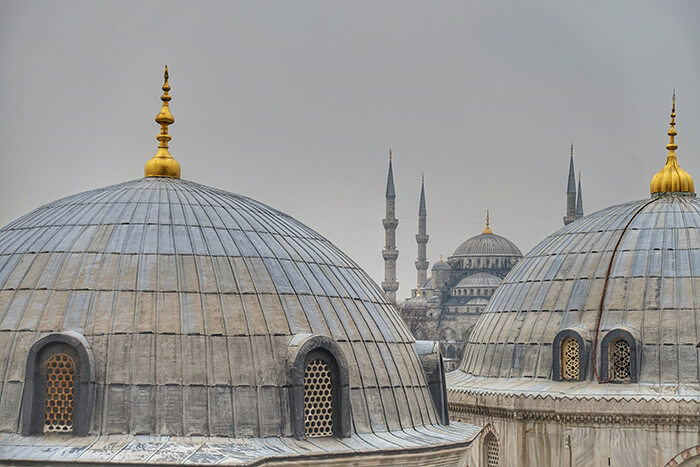 Speaking of the buildings…

One that has nothing to do with the Roman Empire, but is known worldwide, is Istanbul’s Blue Mosque. It isn’t the largest, the oldest or even the bluest, but the Blue Mosque is an Islamic icon and welcomes thousands of visitors annually (both Muslim and non-Muslim). It is also only one of the hundreds of beautiful mosques accenting the Bosphorus skyline. If you’re planning on spending a bit of time around the city, be sure to check the free Istanbul tour to learn more.

The Food in Turkey

Kebabs from the source. Does much more need to be said? Turkey is a predominantly Muslim country, so don’t expect to find much pork. Going vegetarian isn’t impossible, but is much harder than neighboring countries. Street vendors offer mostly bread and cheese (or the aforementioned kebabs), so it will be worth your while to pop into a market when you see one to stock up on more nutritious snacks for exploring.

You’ll find fresh juices everywhere (you can’t go wrong with avocado and honey). If seafood is your thing, you can find fresh fish and oysters easily. 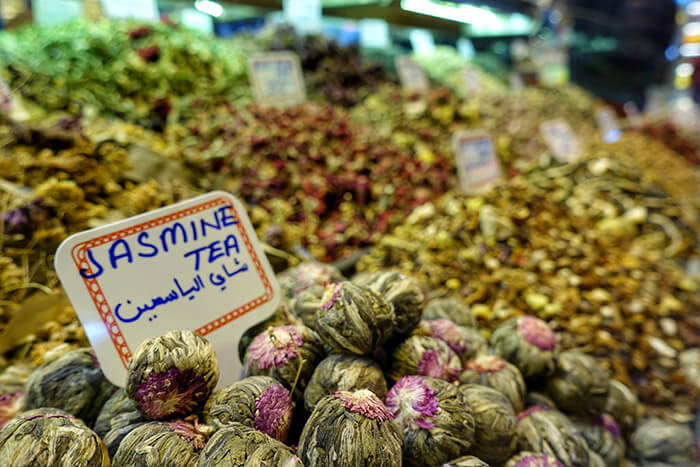 Going to a ḥammām‎‎ (sounds like ha-mom) is a treat that no traveler should skip. You walk into your gender’s side of the spa, take off your clothes and enjoy. There are tourist versions, but you can visit a local hammām as well. If that’s the case, it is likely you won’t find much English spoken. You will be given a bowl for washing yourself. Some baths have soap, but if you’re particular about your products, bring your own.

If you’d like (we definitely recommend it), go traditional where you can have a wash and massage. A staff member of the hammām (gender appropriate) will be in the bath. S/he will get you all cleaned up and massaged (private parts are your responsibility to wash). Backpackers beware: you will see how much grunge you’ve accumulated over your travels and it is gross!

What to wear?! Worried about nudity? Don’t be. Both men and women will be given a wrap, but it won’t cover everything. For the women, it is common to wear bottoms (swim bottoms or underwear will do) and men can wear swim trunks or underwear. You can always wear more if you want; a bra, swim top or shirt wouldn’t be out of place. 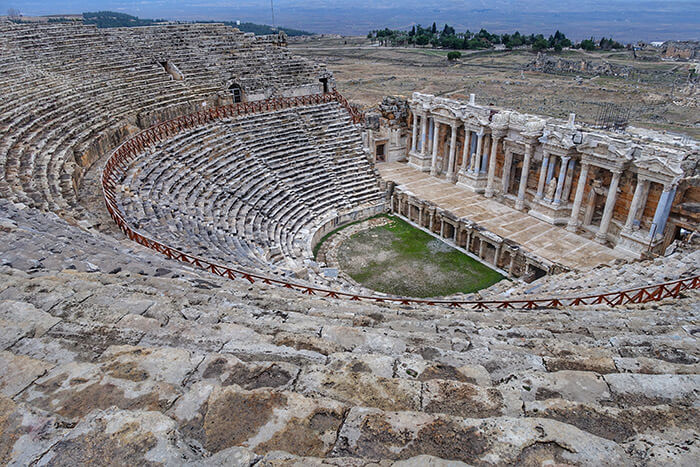 Ok, if relaxing in a hammām isn’t your thing, looking out at the Mediterranean might be. Turkey’s west and south coasts have no shortage of beach options. Beware, though, that Turkey’s beaches are not warm enough for a beach escape from a Northern Hemisphere winter. The ideal time of year to enjoy the sea without a jacket is June through September, but if you prefer to avoid the crowds, target the shoulders of the summer season for better prices and less people.

If you’ve been dreaming away about beautiful pictures of Turkey while reading this article, no doubt you’ve thought of the hot air balloons in Cappadocia. This inland state is one of the most popular ballooning destinations in the world, and the entire area itself is a UNESCO World Heritage site in recognition of the unique cave style architecture and the fairy chimneys. If you give yourself a few days here, you can see it by land and air – hiking and horseback riding are extremely popular in the spring and summer and hot air balloons run year-round. 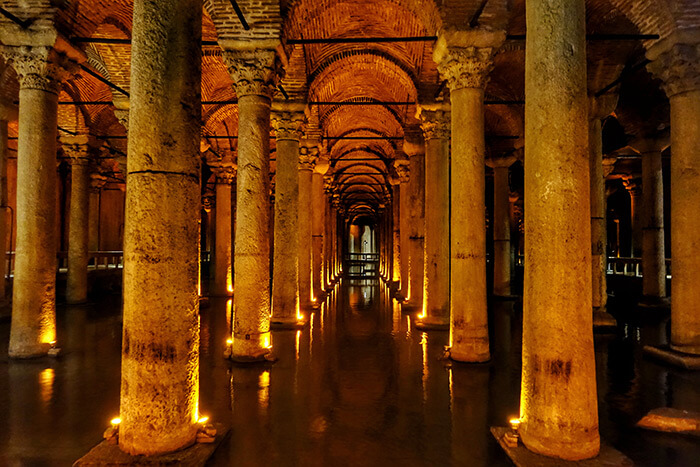 Yeah, but is it safe?

Let’s not avoid the elephant in the room. This question is clearly on a lot of people’s minds and Turkey had a tough 2016. It should be noted that the Turkish government remains in a self-assigned state of emergency and the United States, Canadian and British governments currently have travel warnings for the country. A Russian travel ban (for an incident outside of the country) knocked their traffic down 80% in 2016. Overall, airport traffic for the year was down 21% from 2015. People have clearly been swayed.

But, as is with most places, the travelers who actually visit the country paint a different picture than we see on the news. And although travel warnings are out there, most are for very small and specific parts of the country (mainly the Eastern border with Syria). Protests are rarely a surprise (you’ll hear on the street that they’re planned) and usually focused in Istanbul’s Taxsim Square, an area easy to avoid in the massive city if you’re nervous, or in the country’s capital, Ankara.

Ultimately, we aren’t safety experts. We’re travelers. Our decisions are more motivated by the cultures we want to experience than often conservative travel warnings.

Turkey has long been a top 10 destination and we think it deserves to hang on to that distinction. Plus, we’re always happy to see a destination when traffic (cough, cough, and therefore prices) is down, so 2021 might be the ideal time to see the country. 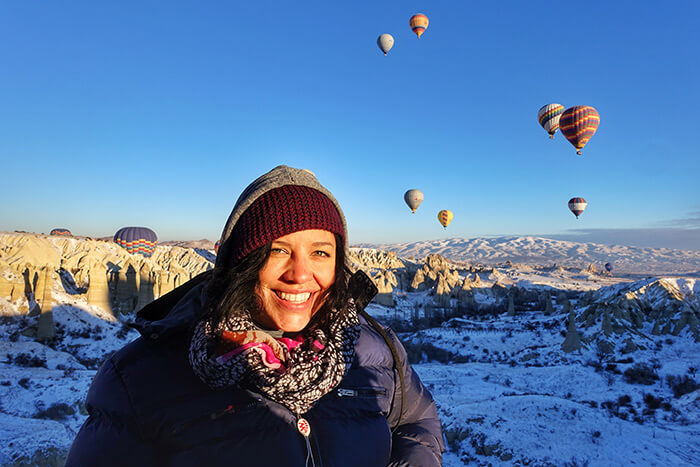 This article was written on location by Jess Elliott, who runs the awesome travel blog How Dare She. She’s also provided the amazing photos for this article.