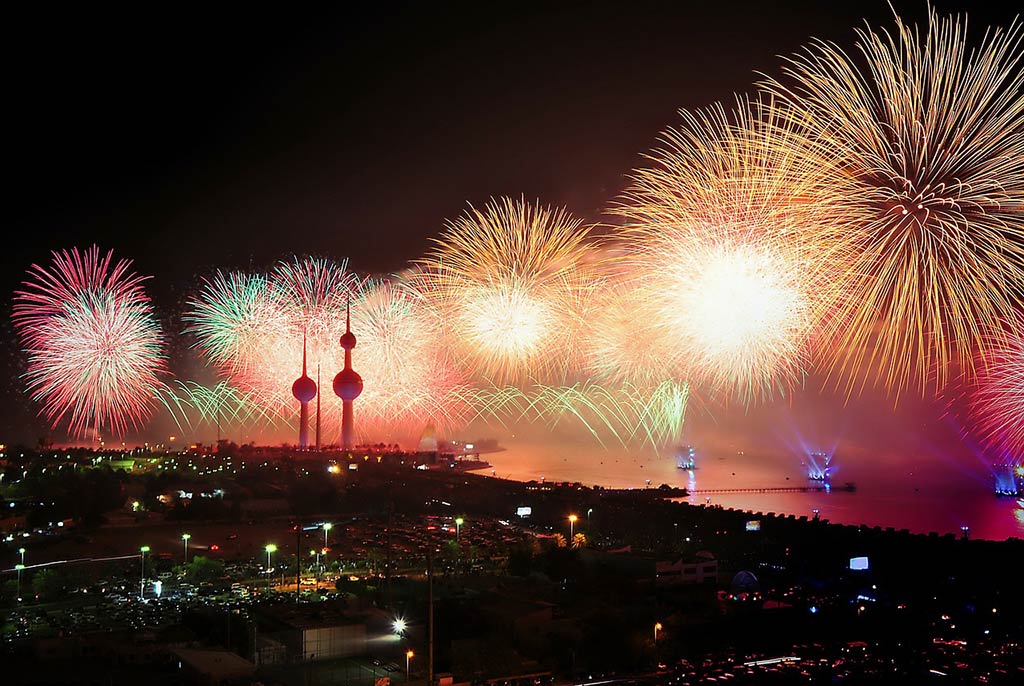 Kuwait is a beautiful country that people rarely mention when suggesting new places to travel. Tucked right above the Persian Gulf, this tiny country has one of the tallest skyscrapers in the world to commemorate its freedom, overshadowing the authentic beauty of its number of mosques, museums, and other historic sites. History buffs would be thrilled to discover all of the things they didn’t know about traveling to Kuwait; but better yet, they could discover them firsthand by visiting Kuwait.

The Kuwait visa form can be a rigorous process depending on your country’s standing with the government of Kuwait. However, one common myth is that someone who has visited Israel is barred from visiting Kuwait. Since 2013, Israel has not been stamping passwords, instead placing stickers on them. This does not establish an official visit to the country, which would otherwise prevent passports with Israeli stamps from entering Kuwait. Some other countries are barred from entering Kuwait, but most will be eligible for a 90-day single entry tourist visa into Kuwait.

Places to Visit in Kuwait

Kuwait’s passion and dedication to its religious practices express themselves in many forms, one of which being the architecture of religious sites. One of the greatest experiences is to view the inside the Grand Mosque in Kuwait City. With the azure Persian Gulf sitting in its backdrop, this outer design resembles a miniature Taj Mahal. But given the understanding of its importance to the people, it becomes a holy site for even an outsider. 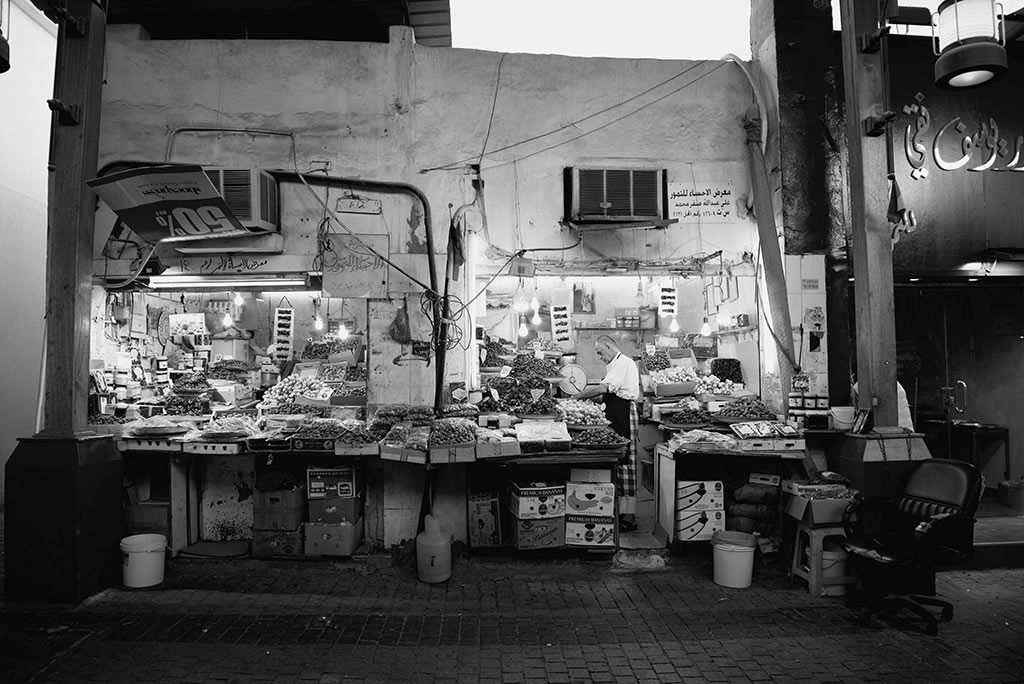 The inside is not flashy, but that only adds to the feeling you get from the outside. It would seem opulent, or too distracting, to adorn the inside with immaculate decorations when the real purpose of the building is religious ceremony. You can feel the energy that was spent purely on prayer and congregation, and not on interior design. It’s truly breathtaking.

Of course, there are many other palaces and mosques in the city inspired by similar architectural thought, and while none are as significant as the Grand Mosque, others may be more picturesque. The Iam Baqir mosque, for example, is decorated by color and pulsating effect.

Somewhere in between the deeply religious, yet multi-ethnic, history of Kuwait, and its more recent history of Westernization driven by their economics for the future, lies the history of the Bedouin people. These people are a nomadic Arab group who inhabited Kuwait, among many other countries. Their most significant landmark in Kuwait is the Sadu House, built to protect and consolidate the culture of the Bedouins. 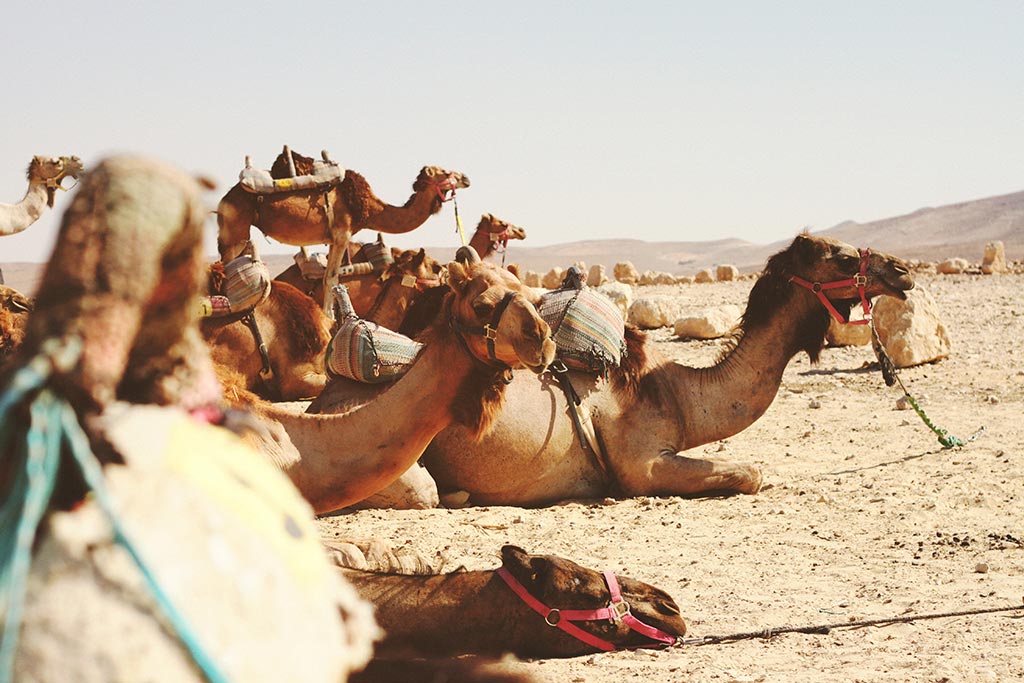 This is a place where Bedouins still live, but also where a large part of their regional history is preserved. Their ancestors were passionate about Sadu weaving – dying, spinning, and coloring wool into geometric patterns – and modern-day Bedouins offer a glimpse into their craft at the Sadu House. While much of Kuwait’s geographic history is tied to the sea, this section of Kuwait history focuses on the desert, where the Bedouins lived nomadically for centuries.

The Kuwait Towers are an imposing monument. Standing at 614 feet, they rank among the tallest towers in the world and serve as a testament to the progress of Kuwait as a country. Visitors can enjoy the sights of the towers from almost anywhere in the city, but to find them up close and personal, you have to witness them at the ground level. There, you may also want to catch a glimpse of the city and the restaurants located inside of these towers. For a reasonable entrance fee, you’ll be able to do that. The three towers have a peculiar, bulb-shaped design. They were originally also functioning as water towers, and one of them still holds some reserve water for the city. Kuwait gets paltry amount of rain water throughout the year, which is very common to the region. 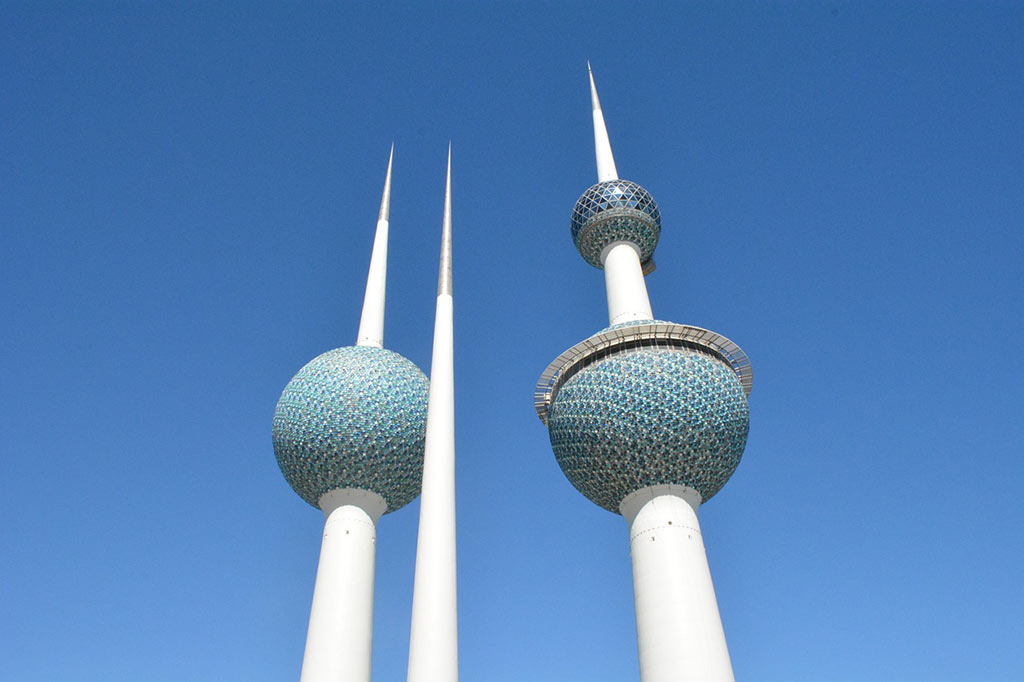 Kuwait’s Musical Fountain Park attracts a lot of tourists because, for one, it is designed to host a large number of attendees. The famous park, located nearby the Kuwait City Towers, engulfs multiple square miles; at certain points in the park, one can forget they are surrounded by the city, encapsulated in a nature center of its own.

The park is structured like a more Western park, complete with winding, roundabouts walkways with natural attractions complementing either side of the passersby throughout the stroll. The stark contrast to a Westernized type of park is most notably at the central fountain in the park, where the music blaring attracts locals and tourists alike. The music is akin to the flavor of the region, which is generally a hybrid of local and more Western styles.

The songs are usually comprised of upbeat tempo alongside string instruments and drum sounds uncommon in popular Western music. When situated alongside a very melodic set of vocals, which are usually sung in a deep male voice in Arabic, the songs can feel both soothing and potent. But since many of the same music popular in the West is also popular in Kuwait, there is commonly a dualistic element of Western music with regards to structure and ethos.

On the other hand, may of the songs contain fundamentally religious themes whereas most popular Western music is generally secular. Sometimes a lush cultural experience entirely different from your own can be most easily expressed by music. This attraction presents a grand opportunity for someone unfamiliar with the culture of the country, or even the region, to immerse themselves by way of music.

If after a long night a curious visitor still has some energy left to burn, Kuwait City does not suffer from a lack of beachfront to trek. Moreover, the city has popular oases and islands accessible by ferry, some at any hour of the day. Kobar Island is one popular oasis destination that has received near universal acclaim for its secluded, yet increasingly popular, sense of serene beauty. There are relaxing terraces as well as beaches, both contributing to its unique atmosphere. Within the same horizon of the Persian Gulf sits these imposing, stone bridges, granting the best of both worlds; the calmness of the beach mixed with the extravagance of architecture synonymous with the Persian Gulf.

There is seemingly no end to the many different types of waterfront attractions in Kuwait City. In addition to these beaches, islands and indoor pools there is also the Al Kout nearby, a popular tourist attraction for those who want to feel surrounded by azure gulf in the comforts of a total oasis. When considering the endless options for waterfront attractions just within Kuwait City, the natural beauty is inescapable.