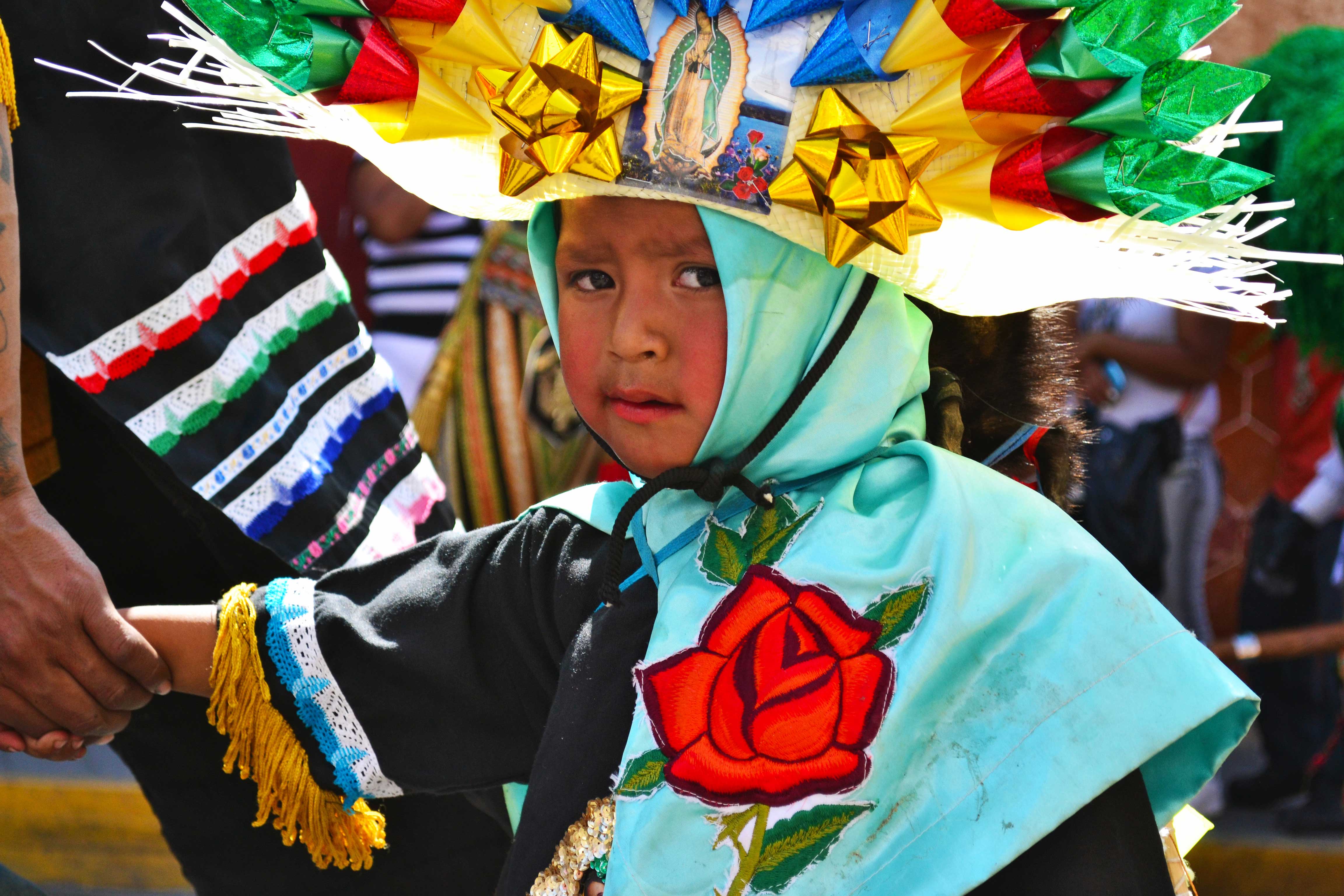 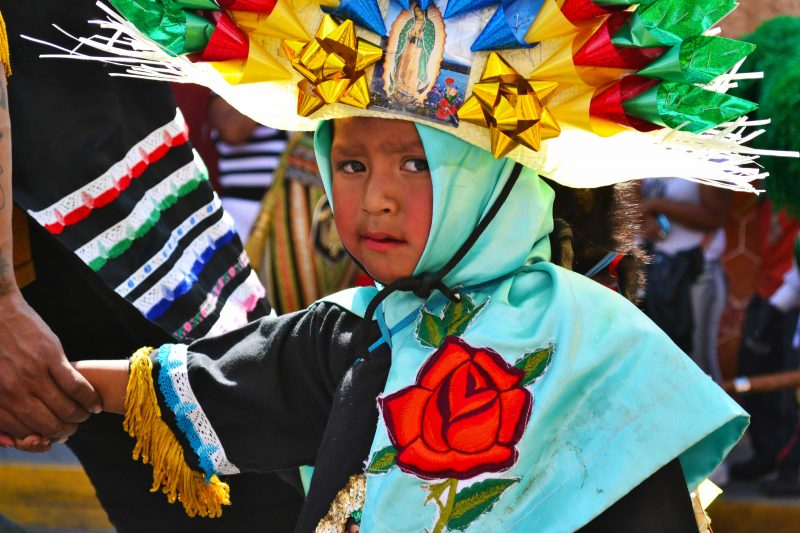 This weeks Friday Faces goes back to an absolutely crazy weekend spent in the small town of Cholula, a couple of hours outside of Mexico City.

It all started when we went to visit Puebla for a few days and ended up in the neighboring town of Cholula to explore an ancient temple buried underneath a church. After spending a nervous half hour in narrow tunnels, facing my worst nightmare of getting trapped underground, we safely re-surfaced into the harsh Mexican sun and smack bang in the middle of a massive street party.

Celebrating some famous battle victory, from centuries ago, the whole town was out and about, dressed up, drinking in the street and firing extremely loud gunpowder rounds every few seconds. We sat and watched in awe as the streets came alive with music, dancing and 12 year old boys carrying guns. This snap comes from a passer by child, dressed in celebratory clothing and anxiously holding his fathers hand. He looked extremely involved in the infectious commotion, but flinched nervously at each sudden explosion of noise. We managed to get a hesitant wave and smile out of him, right before he disappeared into the haze of the fiesta.

After an hour of horse parades, pole twirling teens and marching men we positioned yourselves in the central plaza with a couple of beers and enjoyed the rest of the afternoon. The party continued on for many hours after that, and so did the beers. By the end of the night, with our ears ringing from gunshots, we called it a night and went home to eat tacos. Only in Mexico!