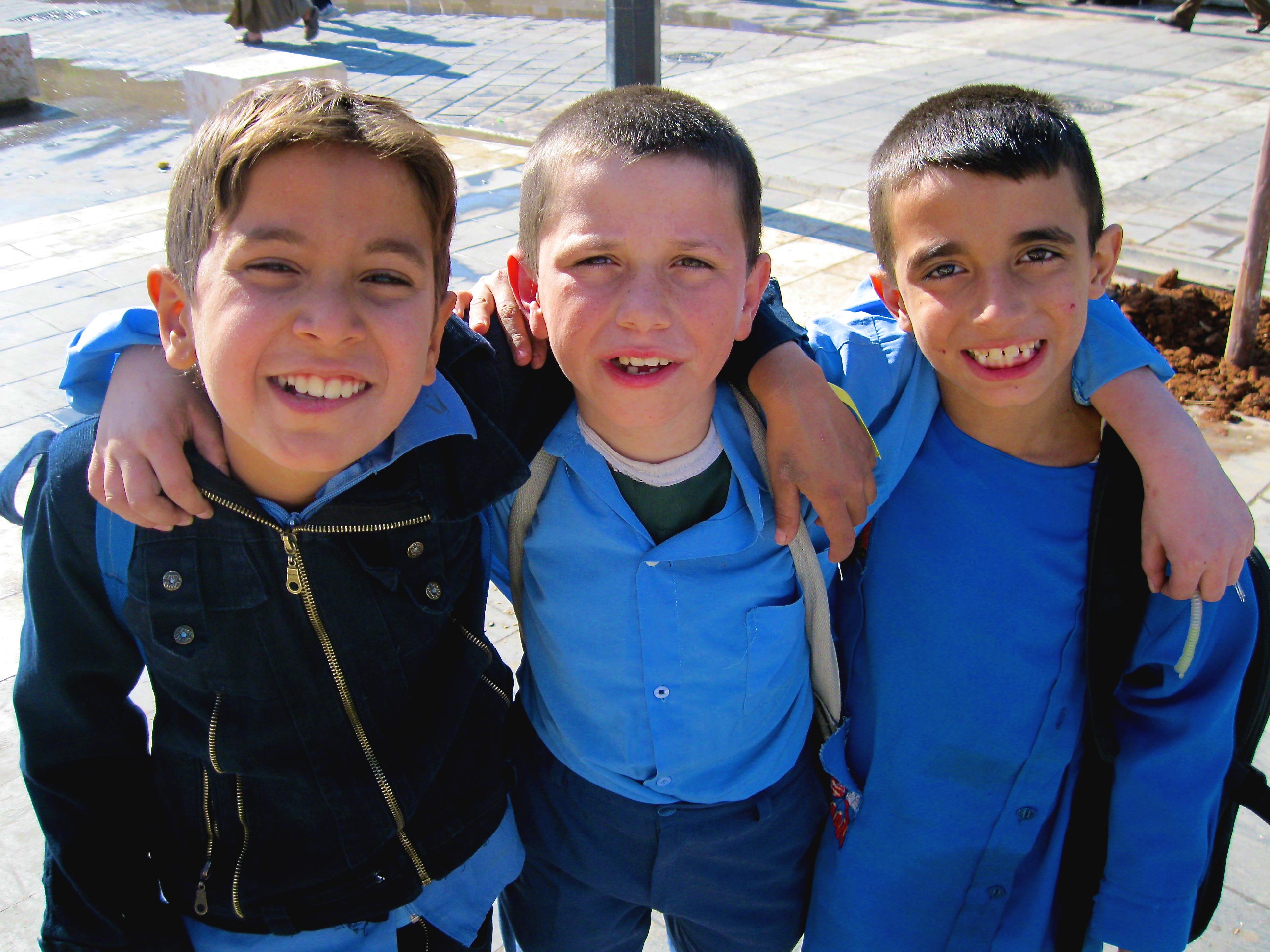 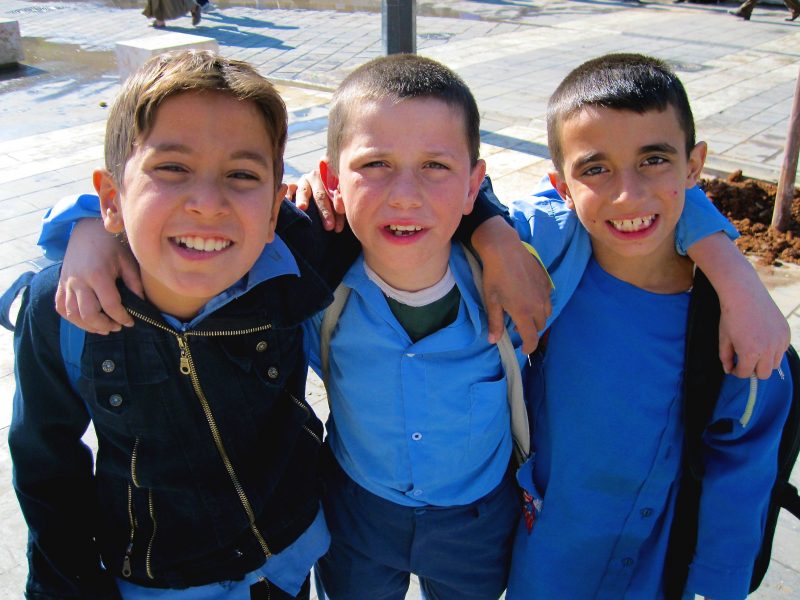 This is a guest post by Sam of Indefinite Adventure

I travelled in Syria just before their civil war began in early 2011, and to this day it was one of my most rewarding and memorable travel experiences.

It was just outside the main souq (covered market) in Aleppo, which was the largest in the Middle East, that I ran across these three boys…or should I say that they ran across me. They dashed over to me, I guess spotting me easily as the only foreigner in the relatively empty square. They were three bundles of energy, full of excitement at finishing school before the weekend. When they saw that I had been taking photos of the nearby castle they insisted that I take their photo.

Despite it barely involving any words, it was one of the human interactions that stands out most vividly in my memory from my time in these boys’ beautiful country. I just hope they are alright.

Sam is a sometimes-EFL teacher, wannabe-minimalist, language geek who is trying to make it as a digital nomad with his partner, Zab. You can follow them on their blog Indefinite Adventure where they chronicle their journey, write about the places they visit, the food they eat (preferably vegetarian, organic and locally produced) and the people they meet. They are also on Facebook, Twitter and Foursquare.

13 thoughts on “Friday Faces: The Unknown Boys of Syria”