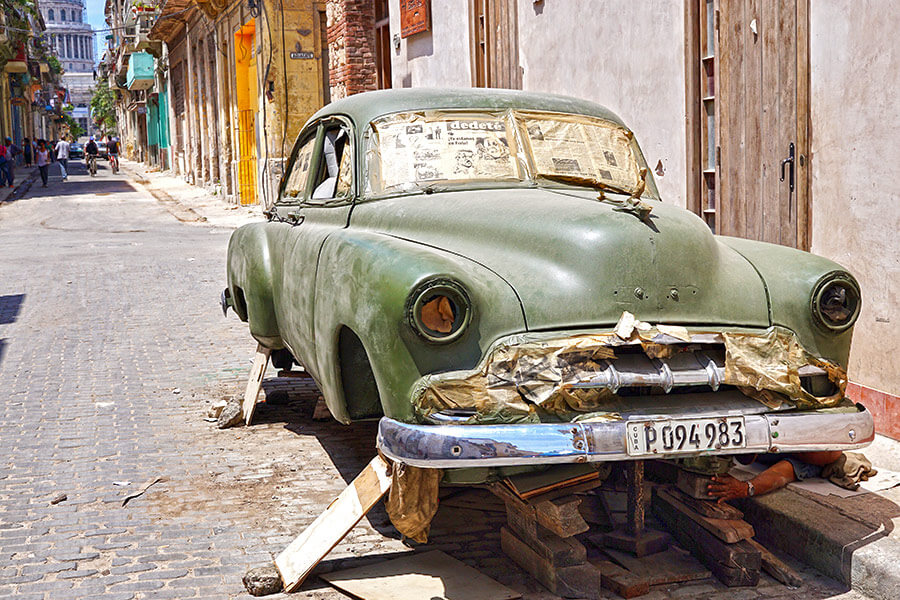 Missed Part 1? Check out the best Cuba Travel Itinerary for One or Two Weeks.

So after reading the first part maybe you’re starting to think that two weeks isn’t enough time for your Cuba travel itinerary. Hey, if you’re traveling to Cuba, you might as well make the most of it right?!

Luckily for you we’ve put together a bit of an extension for those with a little more time and a few extra places on their list. In the last article we mentioned what to do in Havana, Viñales, Varadero, Matanzas and Trinidad (we really recommend reading the first part). So now let’s delve deeper into Cuba, as we show you how to spend that extra time in Cuba and see all the most authentic spots! 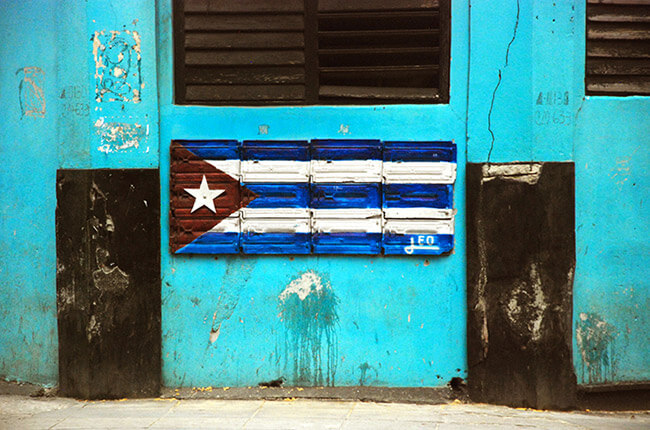 Now you’re talking! This is starting to become a pretty solid amount of time in Cuba. Aside from the locations already mentioned you can now take your time and travel a little slower, stopping at smaller cities along the way to get a different perspective on the country. On your way down to Trinidad be sure to stop by Santa Clara, the final resting place of iconic, and somewhat controversial, revolutionary hero Che Guevara.

Apart from a huge tomb erected to commemorate Che you can also check out some famous battle locations from the Cuban Revolution. There’s a train line, as well as old museum, that runs past the edge of town that is famous for being Che’s most notorious victory against Batista. You can see the real remnants of the battle, along with some information about what went down. If you’re a fan of Cuban Revolution history its a fairly important battle location and interesting to check out. 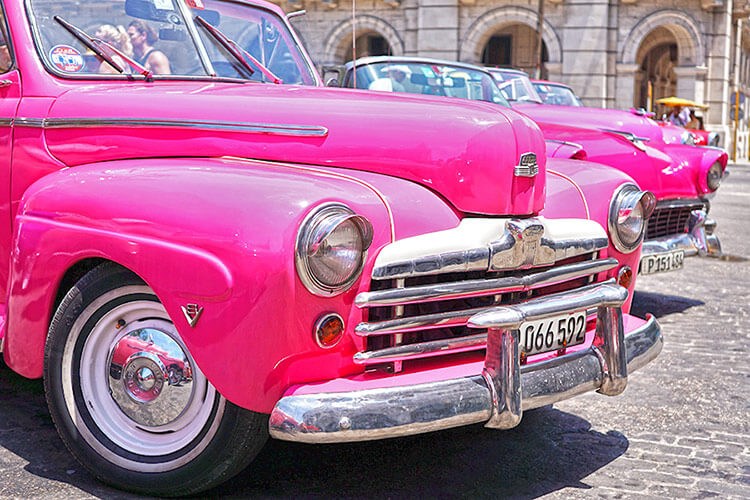 While cruising the streets of Santa Clara be on the lookout for delicious bootleg yoghurt being sold from resident vendors. They sell it in any form of bottle they have laying around, but don’t let that put you off. It’s some of the best Cuban streets snacks we found in our travels. It’s a perfect mid-afternoon treat when the sun is beating down, your tired and just want something cold and sweet. 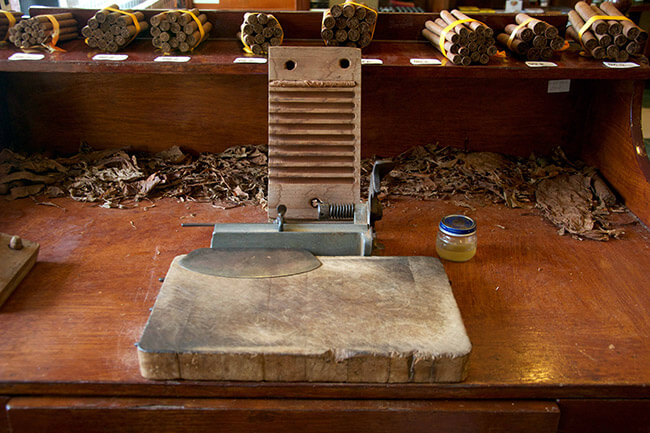 In Santa Clara you can also take check out a Cuban cigar factory tour for a really interesting insight to Cuban work life. The tours are ran by one of the employees of the cigar factory and you get to see the real pros at work, as they bunch, fold and cut one of Cuba’s finest export.

Unfortunately there’s no photography allowed inside, but it’s a worthwhile experience to witness the workforce. And while it may feel a little like a sweatshop in there, cigar makers are among some of the best paid jobs in all of Cuba: especially if they’re good.

On route to Trinidad, after leaving Santa Clara, be sure to drop by Cienfuegos for something different. Kind of like Matanzas (close to Havana), there aren’t a whole lot of attractions compared to neighboring cities, but it’s nice to visit a smaller city and experience true Cuban life. 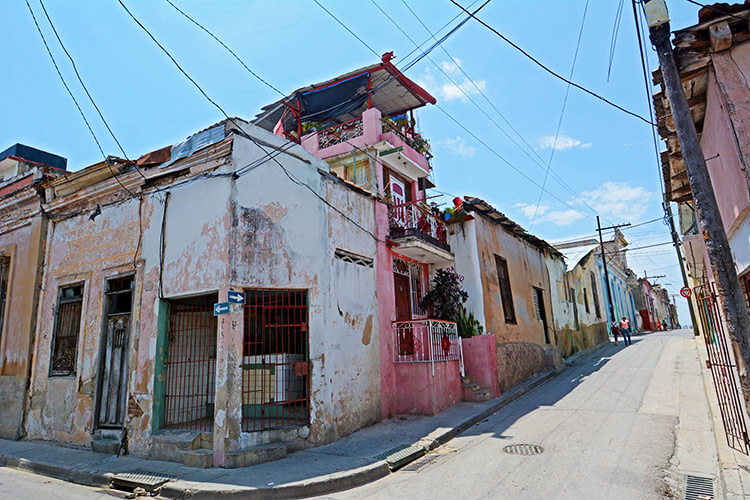 You can take a public bus down to the water front (Cuban transportation is so cheap and easy to use), where a beautiful park overlooks the ocean. Or if you want to get even closer to the ocean there’s a ferry that can take you around the bay.

In Cienfuegos there’s also the opportunity to visit the nearby beach Playa Girón, located in the Bahia de Cochinos (Bay of Pigs), which is famous for being one of the locations in which CIA backed troops tried to dismantle the Cuban Revolution. Stories of the battle are widespread in Cuba, and the victory is constantly used in propaganda to reminder the people of Communist resistance to the ‘evil’ Capitalist world.

At this stage you might also be thinking about heading further east to Cuba’s second largest city Santiago de Cuba, a city famous for it’s Afro-Cuban Santeria culture, among many other interesting historical attractions. It’s another vibrant city that’s full of life and traditional Cuban culture, but with a little more Afro-Cuban flare!

Santiago de Cuba, because of its long distance to the capital, has also been a traditional place for revolutionary forces to commence their march towards liberation. The Cuban War of Independence from the Spanish and the Cuban Revolution both started out east and there is plenty of interesting history of battles around Santiago de Cuba as a result. Revolutionary names like Marti, Gomez, Maceo, Guevera, Cienfuegoes and Castro still ring through the streets and reminders can be found all over the city.

In Santiago de Cuba a lot of the action is centered around the main plaza at Parque Cespedes. There’s a gorgeous old church that you can visit and walk up to the top towers for a unbelievable view of the city below. Around the plaza you’ll find more classic Cuban nightlife, salsa clubs, live music and other historical sites. 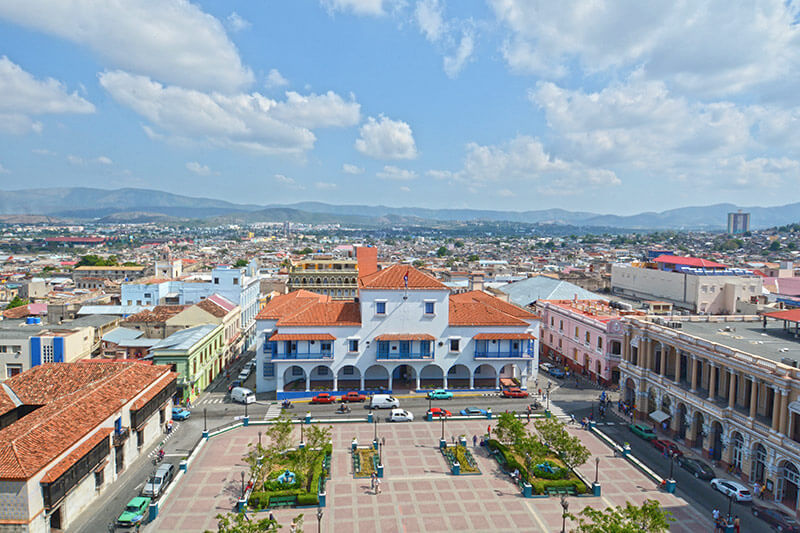 Just outside the main city center you can also visit the Cementerio Santa Ifigenia, a cemetery containing many famous and historic graves of iconic Cuban figures. Pay tribute to music legend Compay Segundo, have a shot of rum with Mr. Barcardi himself, or give a salute to revolutionary heroes Martí and Cespedes. And don’t miss the ‘changing of the guard’ for Jose Martí that takes place every 30mins, all day, everyday! It’s a fitting tribute to such a beloved Cuban figure.

Another great attraction is the Castillo de Morro, about 30mins out of town. It’s a huge old fort that sits on the entrance to the Bay of Santiago de Cuba. It’s definitely worth a visit if you love old forts, and the views are amazing! 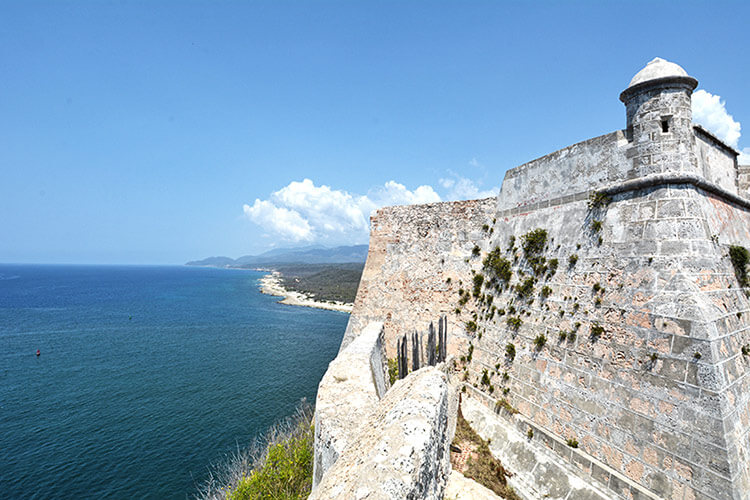 Making the trip down is a fair old hike from Havana, especially if you’re going by road. It’s a 15 hour bus trip with Viazul for $51, which basically kills a whole day because the bus leaves Havana at 9:30am. Check the schedules on their website to see if any additional buses are available now that tourism routes are getting busier.

There’s also a train that takes you all the way through Cuba. It’s one hell of an experience, but traveling by train in Cuba is definitely an authentic experience worth trying out at least once. If you can afford it, taking a flight will cost you around $130USD (check out the best way to find Cuba flights) for just over an hour flight one-way and it’ll really help you maximize your time. 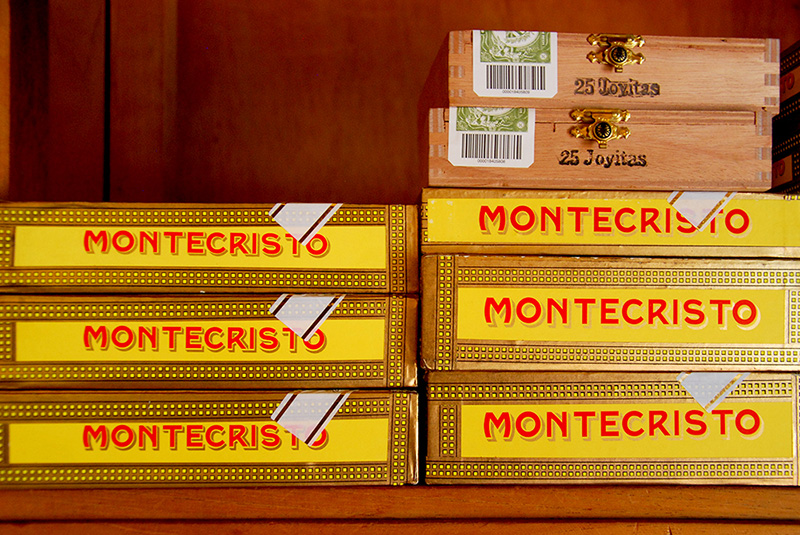 One Month in Cuba (And More)

Recommended for the die-hard Cuba fans and people really wanting to get away from the usual tourist locations and into the smaller countryside spots. Also, if you’re interested in taking a course in salsa dancing or Spanish language this is a great amount of time.

If you can already speak Spanish you’ll get a lot more out of this experience, because it will give you time to stop in places for a while and make connections with the people. You’ll be able to talk to them, learn about history and hear their thoughts on the future of Cuba.

All the above locations are on offer, and you can stay as long or as little as you want. Move slowly through each place, challenging yourself to only take local transport or hitch along the way. Or, if you’ve got the money, rent a car and take yourself on the journey. If you can manage the crazy driving you’ll be fine!

On your way down to Santiago de Cuba stop along the way in Camaguey, Bayamo and Holguin to break up the trip and add to your Cuba travel itinerary.

Camaguey is provincial town about half way between Havana and Santiago de Cuba, so it’s good to break up the long journey. The town has some gorgeous colonial architecture, impressive churches and amazingly windy streets to go exploring through. The street plan (with twists, turns and dead-ends) for the town was designed to confuse marauding pirates, which has also succeed on unsuspecting tourists. But getting lost in Camaguey is a fun activity! 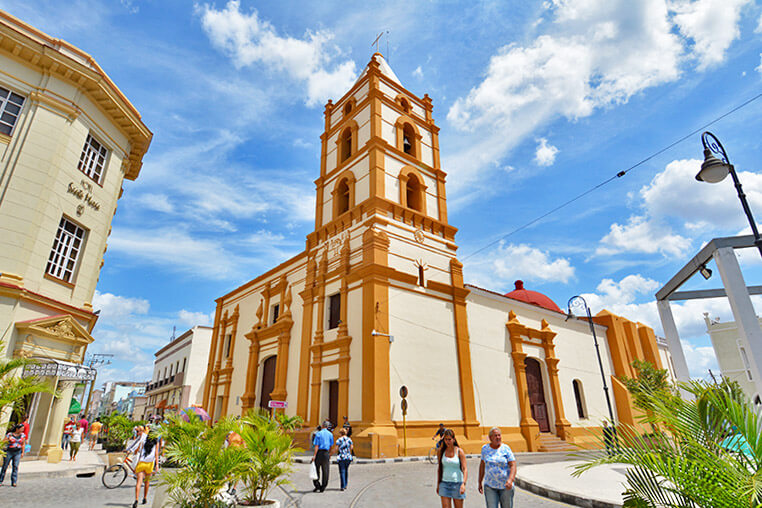 Bayamo is another cute provincial town that doesn’t get as much tourism and the rest of the east. There’s a main central plaza (also named Parque Cespedes) that gets most of the action. A pedestrian only walking street passes through town and shows you authentic Cuban life. Bayamo is also a great jumping off point if you’re planning on a trip to the Sierra Maestra mountain range to explore the beautiful views and hiking. It’s also famous for being the hideout of Fidel Castro, Che Guevara and the others at the beginning of the Cuban Revolution.

All along the way be sure to stay with local families in casa particulares. Not only is it cheaper, but it’ll give you an amazing insight into a Cuban family household. It’s a great way to get insider tips, learn about where you’re going next and see the real authentic Cuba!