“Long term travel taught me that not everything goes as planned… and that is actually a good thing.”

This piece is a guest post from our blogging friend Claudia Tavani of My Adventures Across the World. Check out her full bio at the end of the article *

I have always thought of myself as a independent and expert traveller. Several short-term trips and one long haul each year seemed to justify my vision. I thought I had it all figured out. I loved designing my trips, whether they were a weekend away in Europe or a four-week holiday on the other side of the world. That is until I decided to go to Cuba, and realized that as much as I tried, I could not really plan my trip into much detail. All I could do was have a vague idea of the places I wanted to visit.

Once there, it did not take me long to realise that half of what I had planned to see was impossible to reach in such a short time and with little means; as much as I insisted, asked and begged, I would not be able to do as I wanted and that I had to change my plans eventually. Not getting things my way was frustrating and at times unnerving: there were things I wanted to do in Cuba that just didn’t work out. This was frustrating, but when I finally let go, I was able to experience so many other amazing opportunities. I ended up having a blast: no phone, no wi-fi, no Facebook and no real possibility to plan ahead had an exhilarating and liberating effect on me. Everything was spontaneous and refreshing. 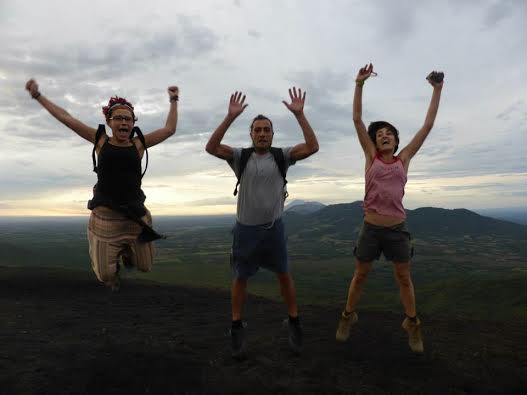 My new style of traveling didn’t last long, however. When I began travelling long term, my old self took the lead once again. I packed my backpack for the first long term trip of my life in November 2013, headed to Latin America for my dream trip across the continent. I had a very clear idea of the places I wanted to visit, the things I wanted to do, the experiences I wanted to have, the places where I wanted to volunteer and even the emotions I wanted to feel. I had spent weeks reading guide books, following blogs and taking detailed notes, making lists and creating the itinerary I wanted to follow. I even had a good idea of the hostels I wanted to stay at all of that, for at least 6 months of travel. I know, total control freak!

I ended up following my plans for the first 3 weeks of travelling. But then I remembered how great I felt in Cuba, when everything I did was almost entirely spontaneous, and it did not take me long to realise that things would never go as I had planned them anyway. Plans change and quite inevitably so. I finally understood that following a strict schedule made no sense, and the beauty of travelling long term and fulfilling my dreams was that I could savour each moment to its fullness, that I could change plans if I needed and wanted to, and that guess what? Nobody would look down on me if I did!

And so, I did. I met other backpackers and would follow them for a while. I spent days in which I did not talk to anybody. I got sick, and had to stay longer than expected in a dirty hostel because I was simply unable to get out of bed. I ended up taking a plane from Panama to Colombia because after 24 hours of sailing I thought I was going to die and could not stomach my way across the ocean on a sailboat. I was horrified by some places that looked so good in the guide books and were indeed disappointing to my eyes.

I ended up in places I had not even heard of before, and spent days there just because I got such a good vibe. I realized that no, just because I was in Central America and they were all over I would never be able to overcome my cockroaches phobia, and fled a hostel in Nicaragua and a permaculture farm in Costa Rica were I was meant to volunteer because they were infested. I visited off the beaten path villages in Peru just because a local told me about them and in the whim of a moment I decided it was worth my time, then almost got stuck there when I realized there were no buses to take me back to town. And all of this because I decided to ditch my itinerary. 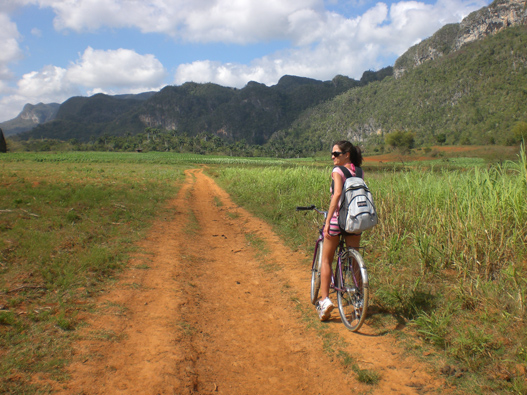 The beauty of long term travel is relieving yourself from the pressure to see everything and fill your day with activities, just to make it worth the flight. There have been days when I did absolutely nothing other than just hang out at the hostel, read a book while relaxing on a hammock, Skyping with my family on the other side of the world or even go to the local market to just browse around. Those days were great and needed, because as anybody who has been travelling long term may confirm one gets burnt out of constantly hopping on a long bus ride or having to deal with the tremendous heat of the Caribbean coast.

Long-term travel has thought me that plans can and will change, and this may actually be a very good thing. It taught me that by letting go of the itinerary, we make room for spontaneity and in those times you’ll find the best moments of your trip.

What do you think of traveling without a plan? What have you learned from it?

Claudia Tavani is from Cagliari (Sardinia) and is obsessed with traveling. A former human rights lawyer and academic, after devoting her life to the protection of cultural   identity, in November 2013 Claudia decided to give in to her biggest passion and started  traveling around Latin America, and she has hardly stopped since. Blogging came as a natural consequence, for Claudia wanted to let her family and friends be updated with her adventures. Read about her travels at My Adventures Across the World and connect with her on Facebook & Twitter.

4 thoughts on “The Beauty of Traveling Without A Plan”