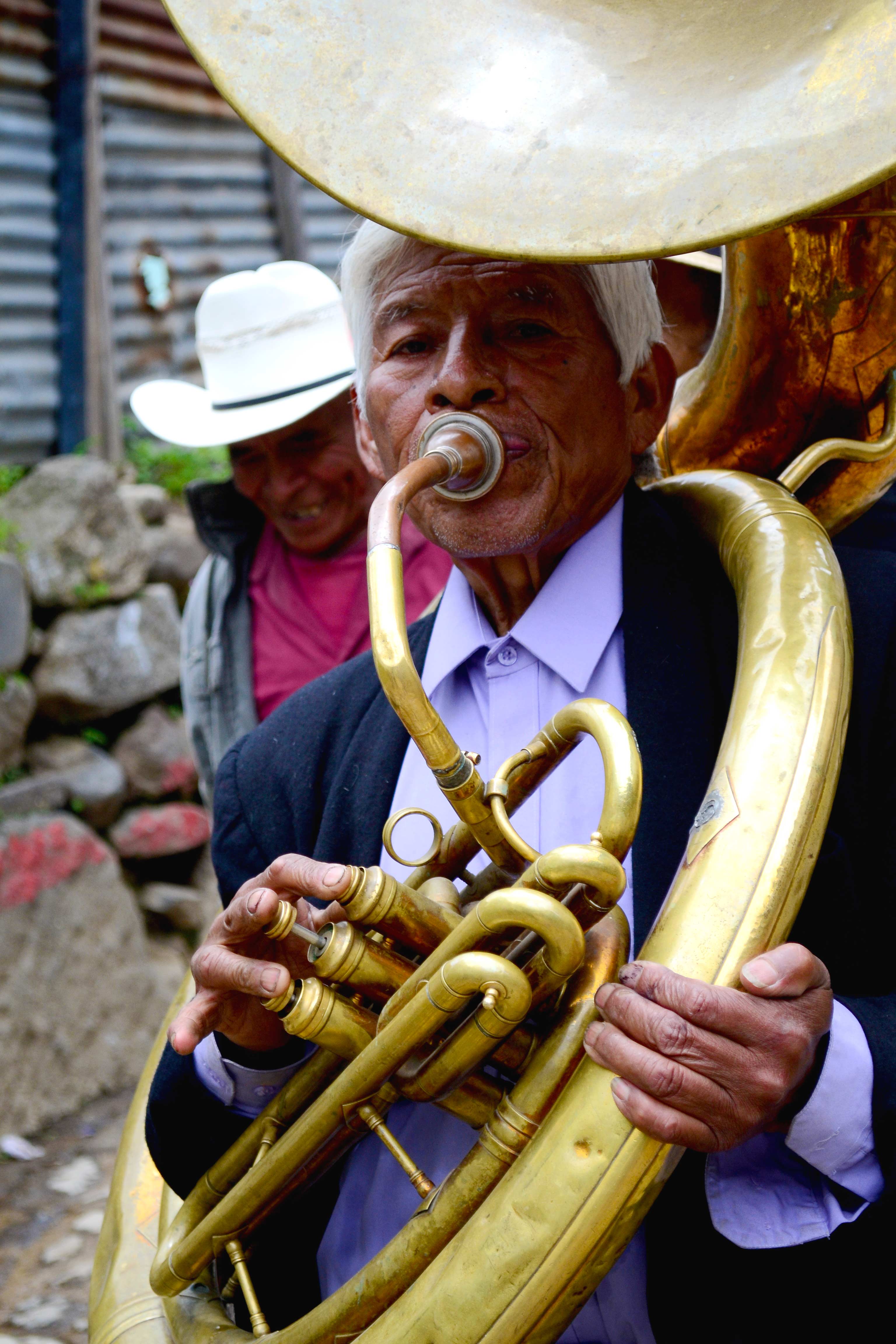 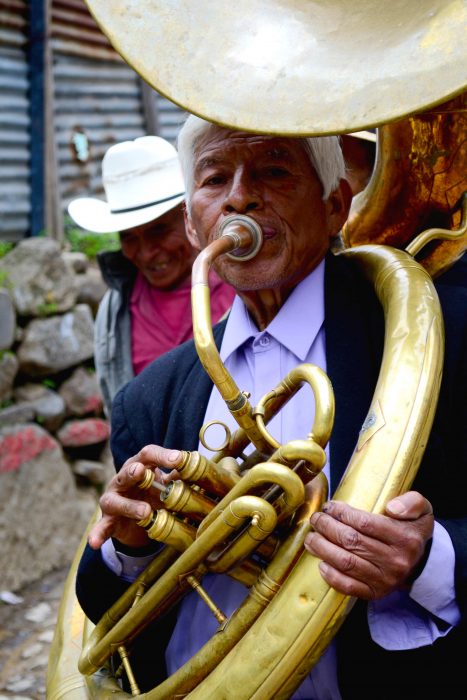 We ventured into Zunil on a mission to see the famous San Simon (Saint of Gambling and Drinking), and also happened to bump into this rather impromptu street band parading down the street. We asked a few people why they were celebrating, but most of the answers were put pretty simply, porque no? (why not?).

That’s the thing we love about Latin American culture. Sometimes you don’t need any reason for an over the top celebration, except for the fact that it makes you happy. Mind you, with all the religious dates that load up the calendar it’s a surprise  they ever find time to organize any extra fiestas. Latin American’s love their religious celebrations. Packed with daytime fireworks, marching bands and lots of feasting.

We watched on from the distance as the large brass band paraded through the windy cobblestoned streets and into the main plaza. They stopped outside the church and paid their respects, before marching on again to another side of the town. As we departed the town back to Xela we could still near the music off in the distance.

Headed to Xela? Check out our Flat Broke in Xela guide for free and cheap things to do around the city.

16 thoughts on “Friday Faces: The Tuba Player of Zunil, Guatemala”