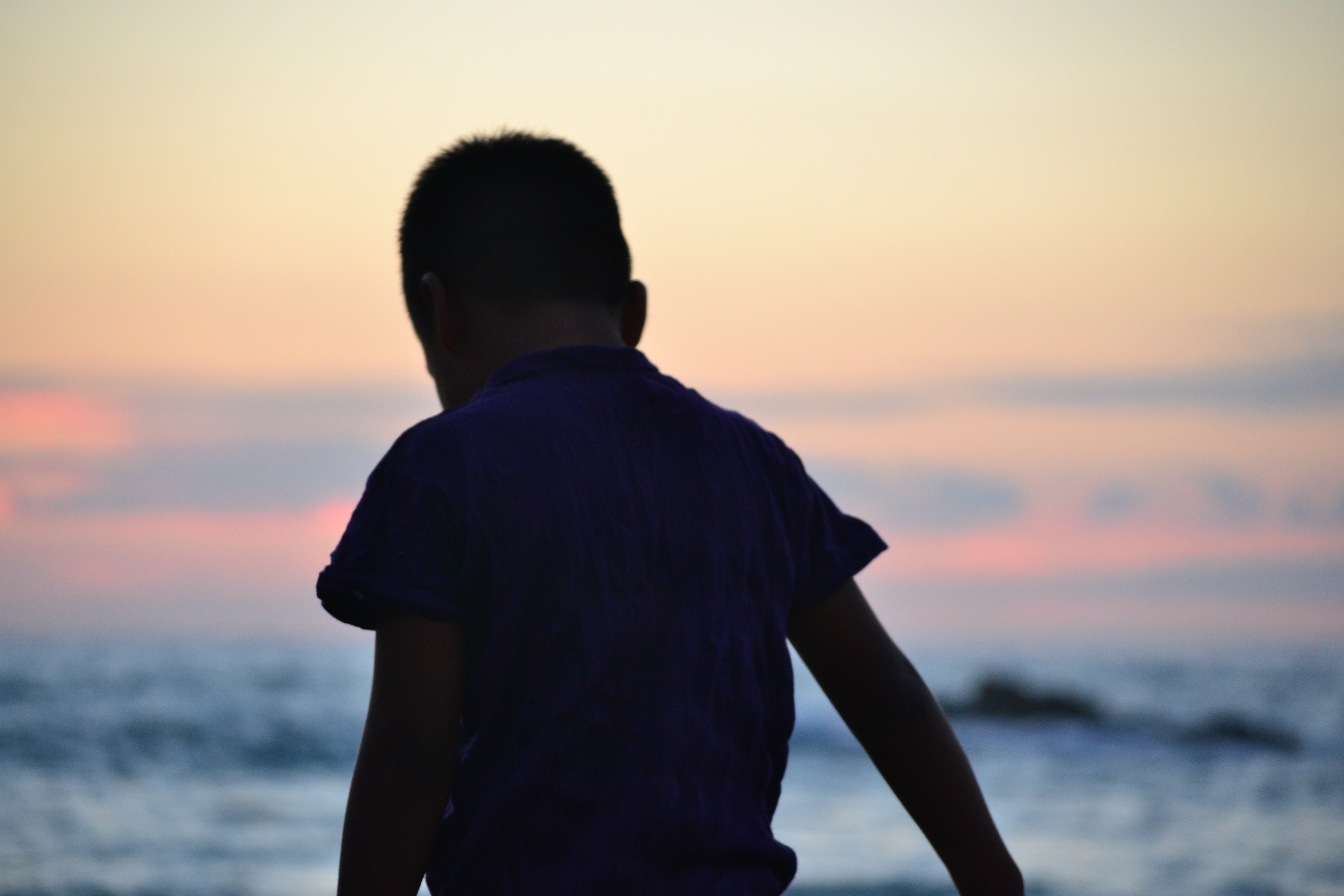 “Pare! Pare!” Jules yelled at the bus driver, immediately shaking me from my daydream staring out the window. The bus lurched to a stop and we wrestled on our backpacks and jump out the door. True to South American form, the driver completely neglected to yell out our stop, even after reassuring us several times he would.

Stepping off the bus, Palomino appeared to be a far cry from the Caribbean beach community I had imagined. A couple of pharmacies, a few restaurants where people idly sho flies away from their menu del día and a hardware store lined the main highway. Big trucks flew by, passing through the entire town in 2 minutes, nearly missing stray dogs that fought over the spillage of an overflowing trash can.

A group of young mototaxists dressed in Hollister knock offs, leaning against their motorcycles, told us that the only hostel we’ve been recommended is closed down. As seasoned travelers we know better than to believe this trick. But as we were in a new town with no sense of direction, we put our faith in humanity and let them give us a ride. We threw our big backpacks on our backs and tried not to fall off as we bumped along the dusty dirt road, whizzing by tin-roofed houses and fields of lush grass. 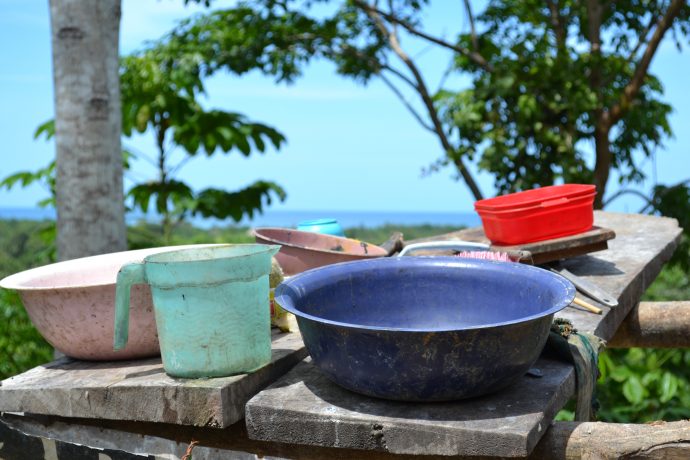 They dropped us off at the end of the road and directed us to the beach, a wall of thick vegetation blocked the view of the ocean so we only had the sound of the waves crashing to guide us. Emerging from the trees we finally stepped foot onto the hot, tan sand. Miles of beach stretched out on either side of us, sandwiched in between calm dark blue water and disorderly rows of palm trees. Walking to the left we hit the Palomino river which runs peacefully into the ocean. Turning to the right the beach wraps around a small bay revealing undeveloped, unpopulated beach as far as we could see.

Discovering the quiet beach community of Palomino, Colombia is what I imagine would have been like for those that first uncovered the potential and natural beauty of Cancun. Before the high rise hotels and beach vendors hawking cheap sunglasses took over. A line of quiet hostels run along the beach front, but walk 30 feet in either direction and you will have your very own slice of paradise.

The town itself is mostly residential. Don’t expect a charming downtown with artisan shops and cafes. Palomino has remained refreshinglu unaffected by its small influx of tourism. The most central location is the town plaza, with a church on one side and a football pitch on the other. On Sunday we purchased a couple of chupetes, popsicles, from the corner store and sat down on the curb. The plaza was full of what seemed like the entire town. Young boys in Colombian football jerseys picked teams for the next match and argued over positions, girls with hair covered in braids and brightly colored barrettes took turns swinging the ropes for double Dutch, parents and grandparents sat on their porches gossiping and watching the children play. From one house a speaker in the window blared reggaeton and teenagers danced to a song that played on repeat. Eventually, the crowd migrated into the church for evening mass leaving the plaza in an sudden state of silence .

After an arduous day of reading by the beach and kicking it in the plaza with the locals, we had worked up an appetite. Most hostels along the beach have kitchens and serve up a decent, although sometimes pricey, meal. Typical tourist fare like pizza, sandwiches etc, can be found along this strip. But for a more authentic taste we headed back into town to one of the restaurants on the main drag which will always had some sort of fresh fish, beans and rice combo. My strategy for choosing a place to eat in a new town is find a restaurant packed with locals; that’s always a good sign.

Although Palomino is a beach town, we were never approached by the usual brash, fast talking tour promoters pushing their jet ski rentals or boat tours. The most we were bothered on the beach was by someone selling the occasional organic chocolate, which we had to sample, for cultural research purposes, of course. The only downside to this serenity is that there isn’t a whole lot to do in town. 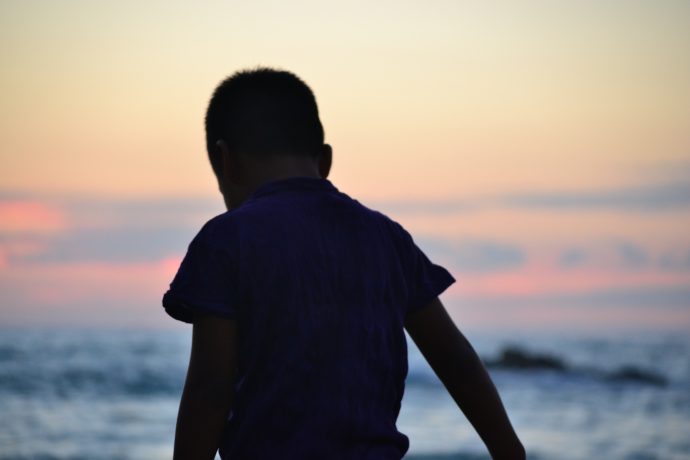 The only “adventure” activity is floating down the Palomino river in an inner tube. Unless you’ve just ditched your retirement home to tour Colombia, this won’t be terribly thrilling. But for the backpacker looking for a break from the hectic life of traveling, this is the perfect afternoon activity.

We rented inner tubes at a hostel in town ($5), hopped on a moto up the river and chose a place to slide down the bank of the river and hop in. We spent the next two hours moseying along, enjoying the scenic view of the jungle on either side and waving at groups or kids splashing around the bank. Sunscreen & a hat is key for this day as we were literally baking in the sun. A couple cold beers from in town didn’t hurt either.

There aren’t any pumping nightclubs in Palomino which only adds to its laidback charm, but on a Friday night we bought a couple beers from the corner store and kicked back on the main strip. I think people watching is a must while traveling, but more so in a small town when you can start to recognize some of the local characters. Kicking back with a cold can of Aguila, , we watched women serve up piping hot arepas to hungry tourists stopping only for a quick snack before continuing on to Santa Marta, kids play tag in front of their parents fruit and vegetable stalls and groups of teenage girls and boys assessing each other from across the road. In a close by restaurant we listened to the preachings of a local “loco” who shouts biblical passages and “hallelujah!” at anyone who will listen. Men played billiards in a dimly lit pool hall across the road and catcalled anything female. Families crowded inside corner stores, watching a soccer game on a fuzzy TV.

We ended up staying for two weeks in this quiet beachside town only to return again on our way back down the coast. This is the kind of place we can’t wait to tell your friends about, but at the same time want to keep our own little secret.