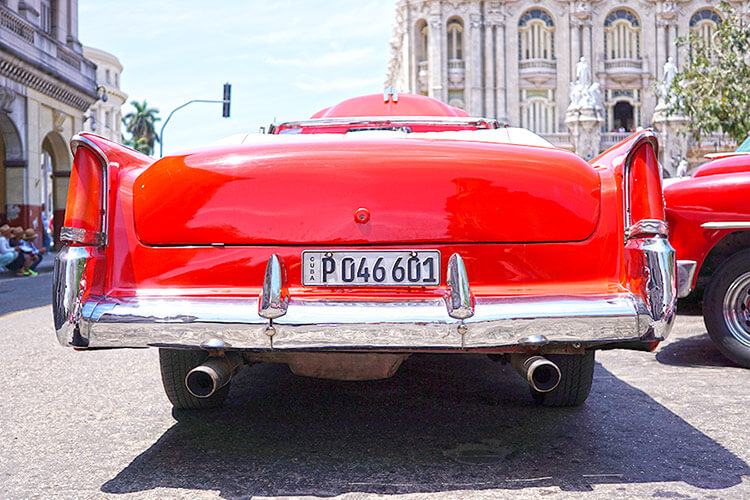 Backpacking in Cuba Doesn’t Have to Be Difficult

Cuba, the land of misguided myths and unreasonable rumors. Before we traveled to Cuba we’d already developed a distorted view of what to expect. Stories and information we’d come across told tales of money drama, illegal tourist activities, high priced living and danger.

We’ve now traveled to Cuba twice! Both times for four weeks, once in late 2013 and also in mid-2016. During our trips to this classic Caribbean country we found that these misconceptions couldn’t be further from the truth. Here are some of our favorite myths that we’ve managed to crack wide open!

Cost of Travel in Cuba is Expensive

Wow did we hear this one frequently from fellow travelers, forums and all kinds of mismatched information. This myth is partly true, but mostly fiction. What we found out early is that Cuba has a very evident class system when it comes to the tourists and the locals. The disproportion of costs between local prices (in Cuban Pesos) and the tourist prices (in CUC) is the biggest we’d ever come across. But it doesn’t have to be expensive if you travel and live like a local in Cuba. 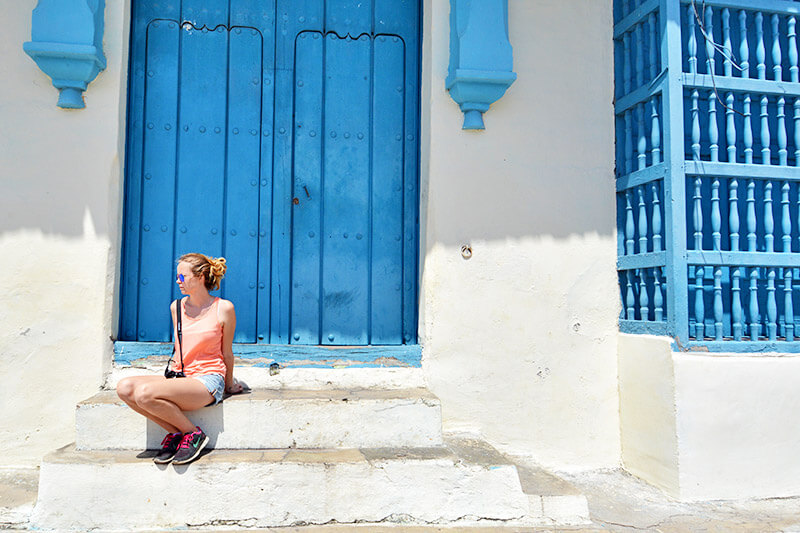 With a little investigation we found that Cuba was the cheapest country we’d traveled through in all of Latin America. The first time we visited in 2013 we were on a bit more of a budget. With accommodation, transport, activities, the odd liter of rum, nights out and food we were spending about $100 a week each, (which isn’t hard when you can eat like a boss with incredibly cheap street food.).

We were traveling light and tight, but we didn’t miss out on any of the action. Sometimes we needed to work a little harder to keep the spending down, but it gave us a great insight into the country.

We traveled Cuba as authentic as we could and we were rewarded with a rich understanding of the country. That’s one of the best things about traveling like a local, you really get to see and experience the country as they do and not from the inside of a hotel and organized tour. 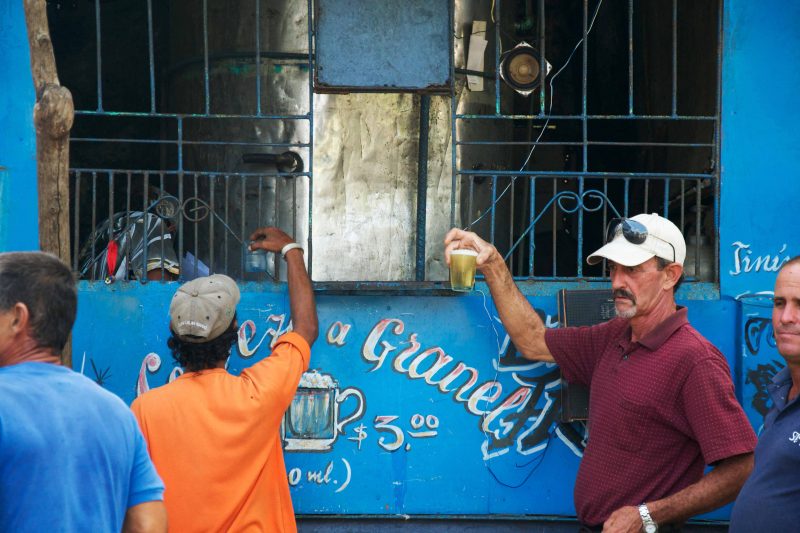 { Not $3 for 700ml, try 3 Cuban pesos! Equal to 12 cents! Try finding the local brewery trucks for the cheapest beer in the world }

Public Transport in Cuba in Illegal for Tourists

Before we traveled to Cuba we’d heard it was illegal for tourists to take public transport. Once again it’s another myth busted. In fact, not only is public transport a convenient and a great way to engage local life, but it’s INCREDIBLY cheap. I mean practically free. A ride around a local bus cost between 0.20MN-0.40MN or the equivalent of ONE USD PENNY. That’s right, one penny to take public transport. Now all you need to do is work out which bus to get on? How’s that for authentic Cuba!

The network of buses in Havana that buzz around can be daunting, but wrestle your way onto the bus (literally wrestle because the buses get super crowded) and eagerly await the mad rush at each stop. As well as buses there are also a number of transport options to see this amazing country. 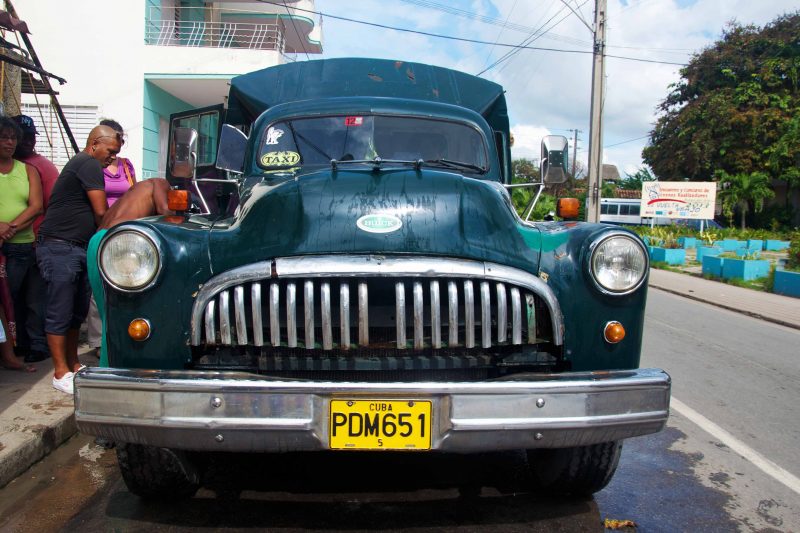 Viazul Buses Are The Only Long Distance Transport

Another completely erroneous rumor that is trying to encourage your use of the Viazul bus company around Cuba. While you may not think it’s much to pay $20 to ride to Trinidad, when you can do it for $3 you have to wonder what you’re paying for. Granted the Viazul ride is a lot smoother, less hassle and gets you there faster, but where is the excitement and adventure in that?

Cuba is an intricate labyrinth of transport methods all waiting for you to explore. And not only that, but it’s real Cuba! You get to travel like the locals and experience authentic Cuban life. The only difficult part is negotiating the trips and finding which particular truck, car, combi, van, camioneta, bus or wah-wah will take you there. Or you could take the train in Cuba, an authentic experience like no other! 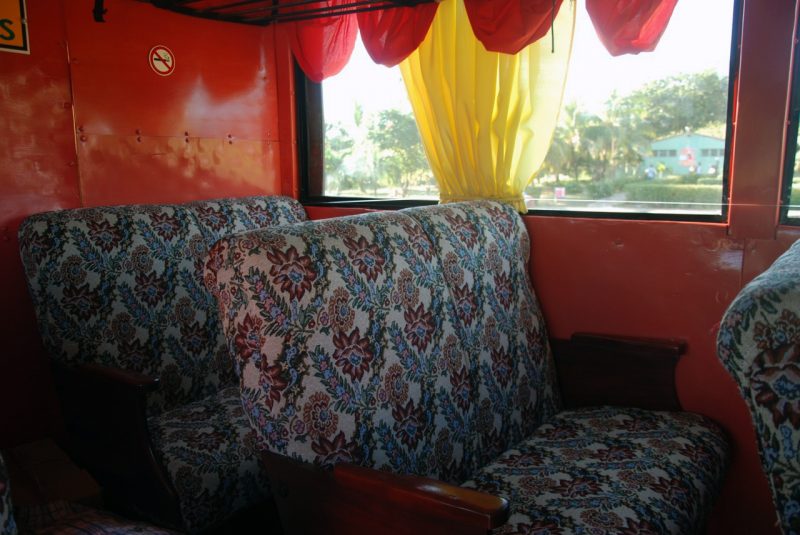 { Why take Viazul when you can ride in this luxury fitted truck? }

Like a lot of weary Western travelers it’s easy to understand why there may be a perception that Communist Cuba might be full of menacing dictators and ruthless regimes. However, contrary to the thought, Cuba is by far the safest country we have traveled in throughout all our time on the road. With less guns on the street and harsher sentences for crimes, it’s no surprise that Cuba has a lower crime rate against tourists compared to other parts of Latin America.

Due to the US embargo on Cuba, the Cuban government relies heavily on tourism as a source of income. In fact it’s their number 1 export, and an area that they put a lot of work into protecting. Because of this, street violence and thefts are dealt with by the full force of the government. 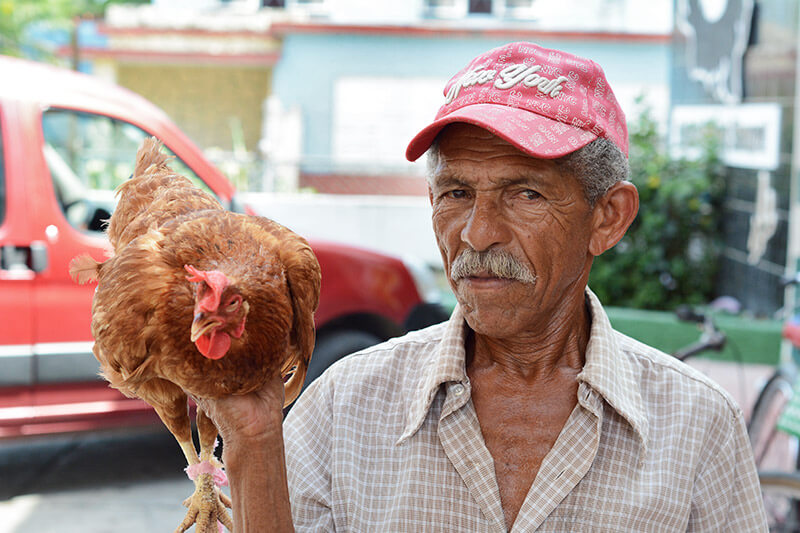 One night we were hanging out with some locals down at the Malecon in Havana when a couple of police officers came down and started hassling the locals for IDs and telling them to leave us alone. Worried that we might get taken for a ride or robbed they almost locked our new buddies up. After numerous explanation they eventually understood that we were now friends and they left us alone, although not without keeping a keen eye on us.

While there’s always going to be the exception from an opportunist thief, Cuba is so safe that we were walking around the back streets of Havana at 12am with our DSLRs around our necks. As always treat all situations with a bit of street wit and common sense, but across the board we couldn’t have found Cuba safer. Especially after almost 2 years backpacking in Mexico, South and Central America it was a refreshing way to end a long trip without constantly being on guard. Cubans are also super friendly and are always interested in having a chat. They’ll tell you all the secrets of the city if you give them the time.

Cuban Currency is Hard to Get

Once again we’re not sure why this rumor was getting around, but it couldn’t be further from the truth. Any time you take your foreign currency into a cadeca (money exchange house) you’ll exchange your foreign money for Cuban Covertible Pesos (CUC). The exchange rate is based off the US dollar, so it’s one for one.

Once you’ve received your CUC currency just ask the cashier to exchange a little bit into Moneda Nacional (Cuban Pesos). Here the exchange rate can change, but is generally around 25 Cuban Peso for every Cuban Convertible (XE.com is the best way to check). If you’re planning on budget travel they’re the only currency you want to have stocked. Street food, local transport, Cuban restaurants and everything else you’ll need to keep the costs down and the experiences genuine. 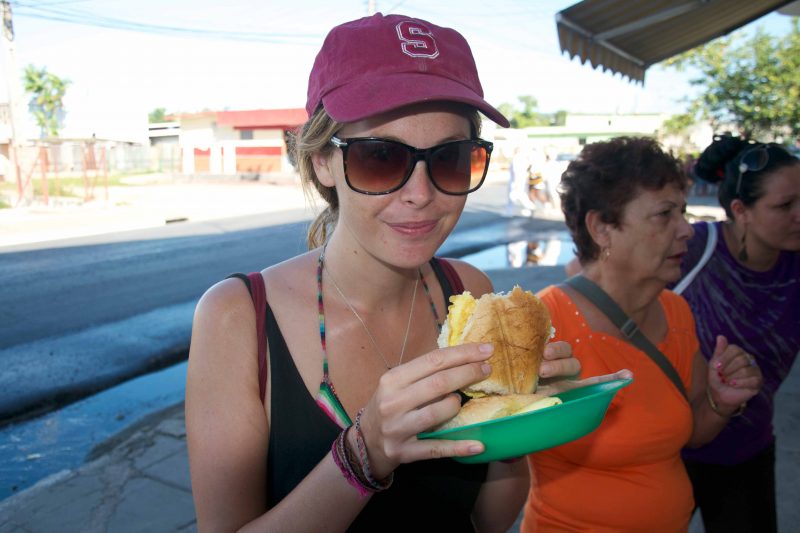 { With some Cuban pesos you can buy delicious egg rolls for 10 cents. Something we ate almost every morning! }

These debunked myths are just a few of the things we learned through our Cuba travels, but there is still so much we can help share with you. Throughout the rest of our Cuba articles we hope to show you just how much of an amazing country Cuba is and to help encourage you to strip back those preconceived ideas and get yourself to this incredible country. If you are looking for an authentic experience like no other than we highly recommend you check out The Authentic Cuba Travel Guide below. A resource that we’ve put together to make you travels to Cuba exciting, memorable and as authentic as they get!

41 thoughts on “Budget Backpacking in Cuba: Debunking the Myths”