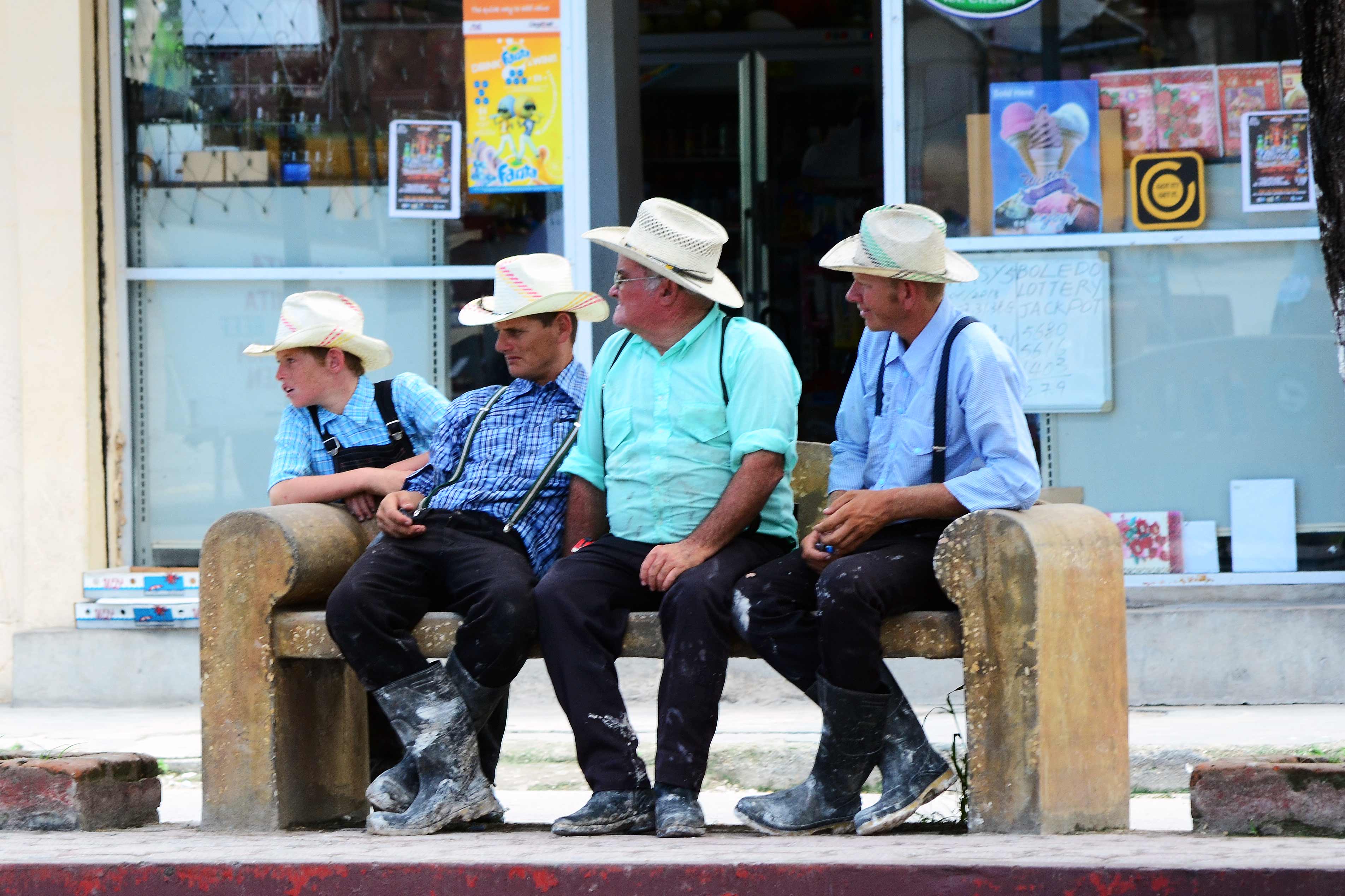 It’s not often we’d write a post about our failure, but we thought we’d share this funny story with you. As travel bloggers we’re always on the look out to report about the unreported, but on this occasion it just didn’t work out. At the time we were frustrated, but now we look back on it and laugh. Humid days chasing down a ghostlike community, sleeping in a dirty sex motel and surviving off only bread and mustard. This story has it all.

We were leaving the Caribbean coast of Belize and heading inland, making our way slowly up to the Yucatan peninsula of Mexico. Ever since first entering Belize a few weeks before we kept bumping into this oddly placed sub-culture that was arousing our curiosity; the Mennonites.

The Mennonites are an agricultural Christian community originating from Northern Europe in the 16th Century. They moved around throughout the centuries to avoid persecution and eventually a bunch of them settled in Belize in the 1950s. To this day they still live with a lot of their 16th Century traditions, choosing to reject modern technologies.

The Mennonite communities of Belize live under varying degrees of radicalism, but across the board many possess similar features. They speak an old Germanic language that dates back to their roots; they’re mostly fair skinned, they shun modern technology and they kind of dress like pilgrims.

What makes them even more peculiar is that they stick out among the Belizean population like a sore thumb. We’d be walking down a busy street filled with everyday black and Hispanic looking families dressed in modern clothing. Then suddenly we hear the clip clop of a horse and turn around to see this white dude in farmer’s overalls, with a massive beard, riding a horse and cart through the streets. 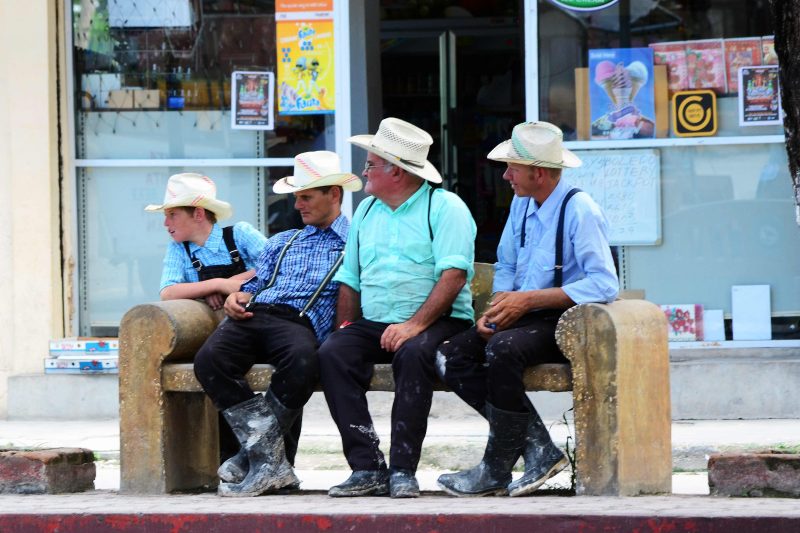 Now we can’t generalise too much because we didn’t get to find out as much as we’d wanted, but we can’t say we didn’t try. We travelled up north to the town of Orange Walk, a great jumping off point for tucked away Mennonite communities. When we arrived in town we realised very quickly that it wasn’t set up for us budget backpackers. There was only one budget option in town and it really made you work for your savings.

I mean really work for it. Apart from the fact that it was guarded by feral street dogs out the front, it was also obviously used for scandalous love affairs when not occupied by cheap backpackers. While we were waiting to drop off our bags we saw a cleaner busily sweeping away condoms from the room we were headed into. Not a good sign.

After a restless nights sleep, and some bread and mustard for dinner (we didn’t want to brave the street dog back at night so stayed in and ate our rations) we survived until the morning. We’d mapped out a couple of communities to explore, however recent flood damage to the roads was making it difficult to get there. We decided to walk over to the market and find the buses that take the Mennonites from town into their communities.

I wasn’t sure how we were going to approach them, so I decided to just throw myself in there. I climbed onto one of their buses, as a row of heads turned in my direction, and asked a Mennonite couple in English where the bus was going. Nothing but blank looks. Ok, so I tried in Spanish, and the looks were even blanker. Umm what to do now. I jumped off the bus and looked at Christine puzzled. We tracked down another Mennonite kid in the street selling peanuts, who just stared at us behind his glasses, blinking. We then tried a woman selling apples, but she just grunted and frowned. 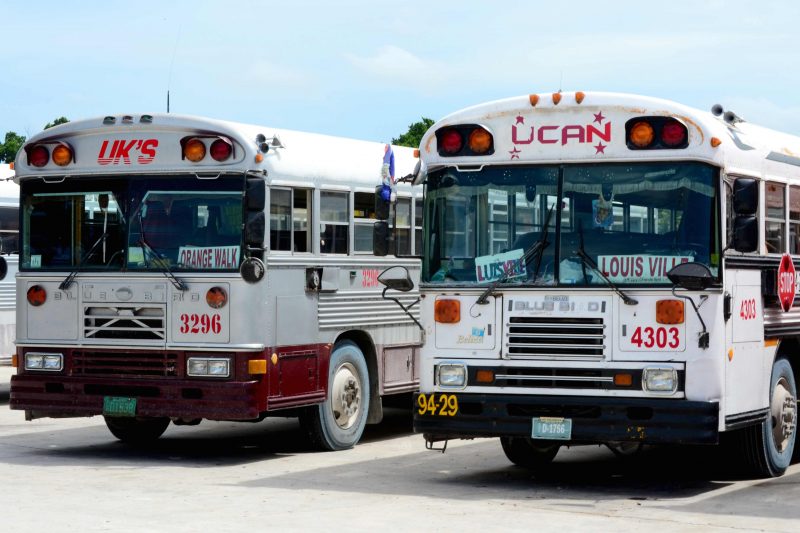 We knew they spoke their own language, but surely they knew some Spanish or English as well. They had integrated with the Belizean community to sell their agricultural products, so they must have some multilingual skills.

At this stage we were at a bit of a loss. We were nearing the end of our Belize trip and we were desperate to get back to some delicious Mexican food and cheap beer. We wanted to get this story, but the border was in sight only a few hours away and we really didn’t want to go back to the dirty sex motel. In the end we simply said, “screw it”, grabbed our bags and hopped on a bus. It wasn’t meant to be!