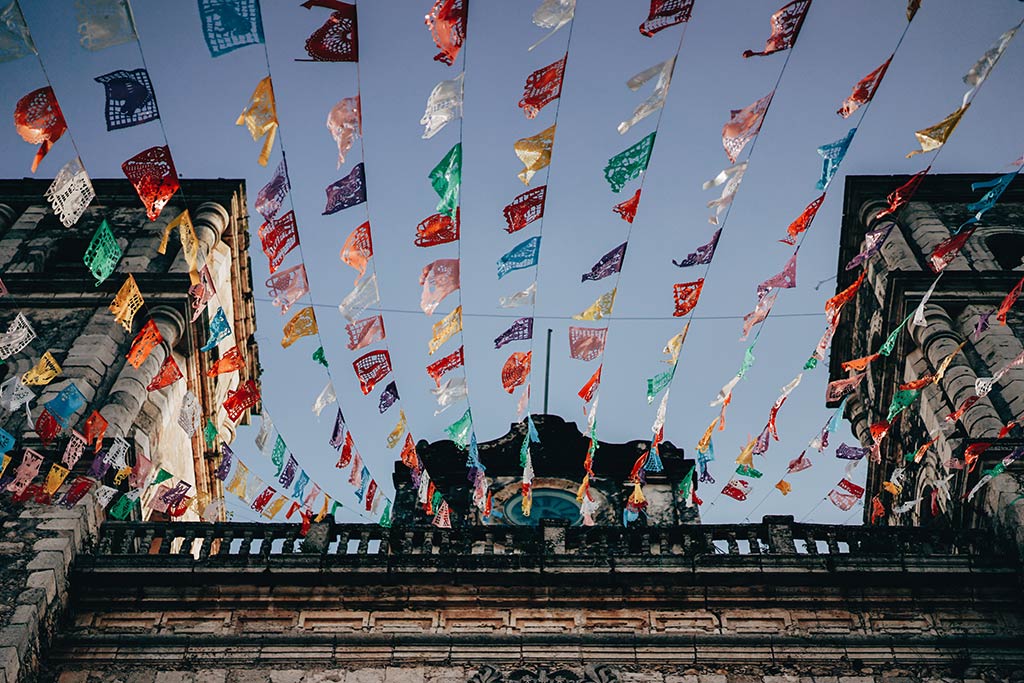 Say what you will about Ricky Martin, but he sure got one thing right when he sang about Living La Vida Loca! Latin America is a crazy place, full of crazy people who live a crazy life! But we dig it, that’s why we’ve been traveling through it for the last three years. Sometimes it’s possible to take all these crazy things for granted when they become a part of your everyday life, so we decided to sit down and think about what makes Latin American life so loca!

Back home the Angry Birds fad ended with the game, but down here it has become a way of life. You don’t have to own a smartphone to get in on this craze, heck you don’t even have to play the game. Latin Americans are obsessed with Angry Birds accessories. The pudgy cartoon birds are plastered on every t-shirt, backpack and baseball cap across Latin America. 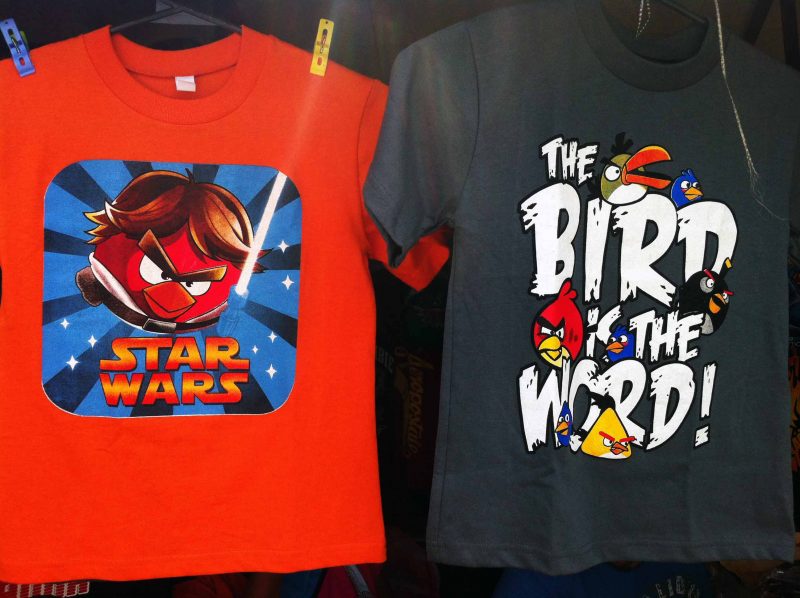 Fireworks For Every Occasion

You’ve just arrived in Central America and the first thing you hear are what sounds like bombs being blasted all around you. Rest assured, you haven’t just entered a war zone. Latin America is obsessed with fireworks. During religious festivals, holidays or just on a random Tuesday. And who doesn’t love a good fireworks show? The smoke, the noise. Oh you actually want to see the show? Don’t count on it, as most of them are set off during the day. Go figure.

Have we missed something over the last 18 months, or can Coca Cola now sponsor whole continents? The way they drink this stuff, you’d swear it was the elixir of life. Morning, noon and night. In Mexico, old Mayan customs have started to incorporate Coca Cola into their religious ceremonies. One time we even saw a woman filling up a bottle with Coke and feeding it to her baby at 7 am.  Then she wonders why it won’t go to sleep? 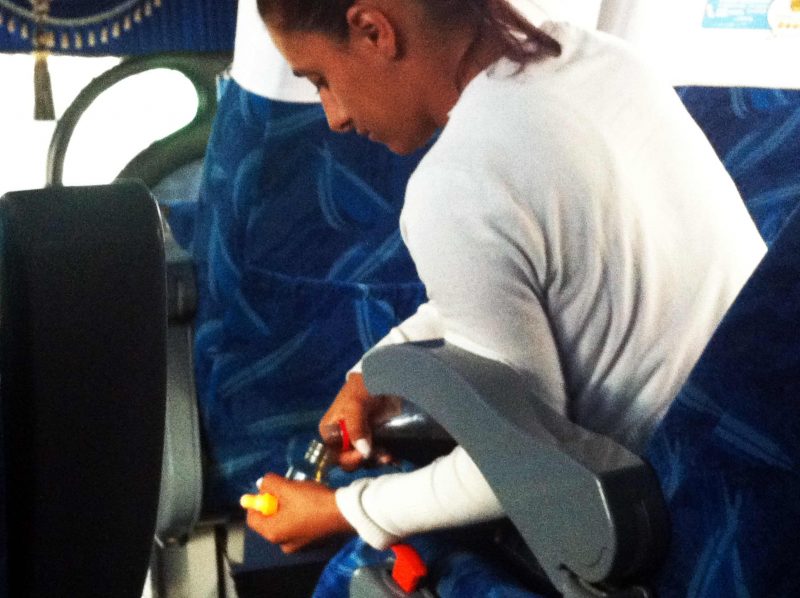 It’s 10 am. All you want to do is go to the grocery store to pick up some milk. Suddenly you are bombarded by promo girls in gold bikinis shaking their asses next to speakers blaring reggaeton. All to promote the big sale on…. Diapers? Latin America loves their promo girls. From grocery stores to pharmacies to inappropriately young birthday parties. Work it ladies.

Unauthorized celebrity photos are used all over Latin America, in all kinds of dodgy advertising. From hair salons to camera repairs to supermarket sales. Unless she’s struggling to get a part these days, we’re pretty sure Jessica Alba hasn’t signed off on being in this ad for a Mexican mobile phone store. 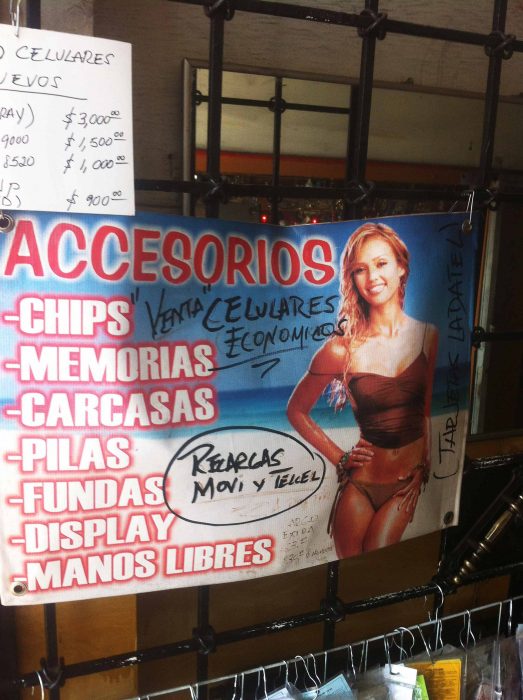 Walking around at night with your valuables is the least of your worries in Latin America. The most valuable item you can carry with you is a fistful of rocks to thwart the packs of dogs that own the street after dark. They’re ruthlessly territorial and get especially cocky at night. Lucky even a feigned throw of a rock will leave them running in the other direction.

No matter where you are, or what time it is, if you want ice cream, a man pushing a cart with a bell will magically appear. And no one will judge you for getting a Triple Choc Fudge for breakfast. 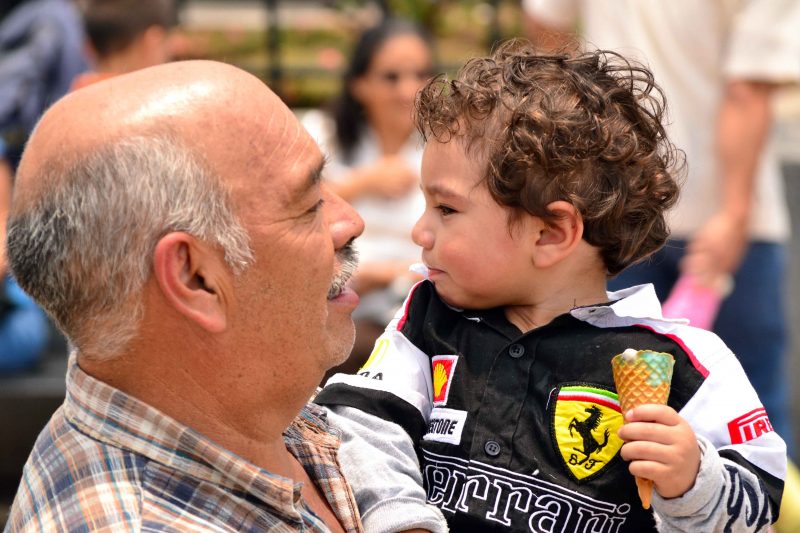