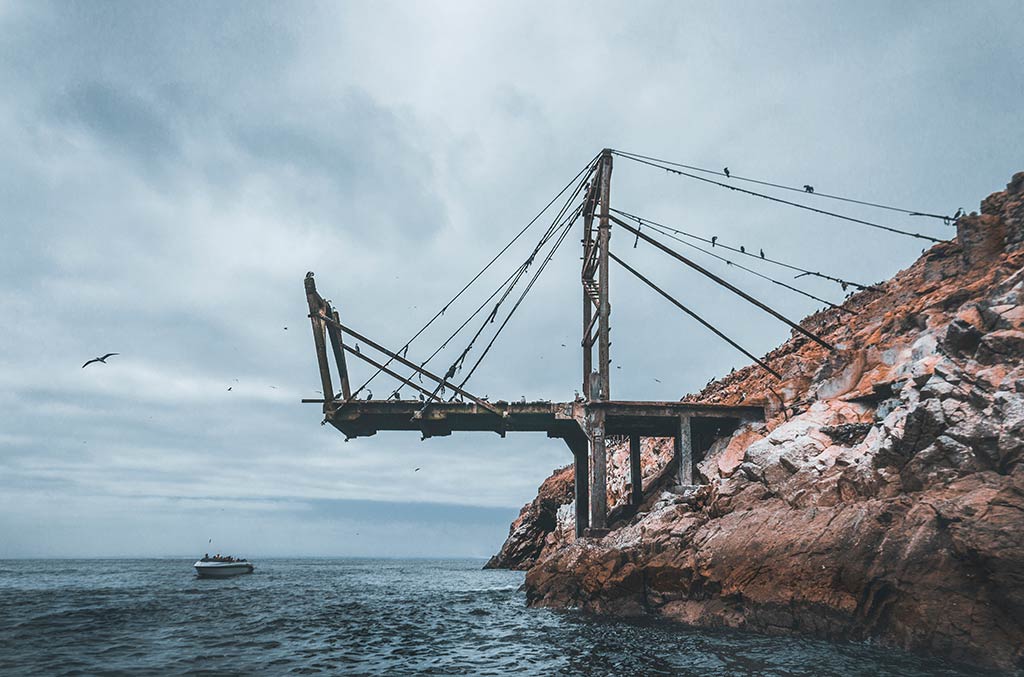 The first time I went to the Islas Ballestas Peru I was decently hungover after a massive night on the Pisco. At $2 a litre, and rumoured to make you go blind, it certainly gets the job done. I had planned the trip with a bunch of friends, and not wanting to disappoint, I reluctantly dragged my still drunk ass out of bed at 7am. As a result I spent most of the time with my head over the edge of the boat waiting to bring up breakfast.

Determined to give it another go, a few years later I found myself in Pisco again and able to go round two with the islands. Ballestas might not have anything on the famous Galapagos islands, but for the price, duration and ease of access there’s no wonder they’ve been nicknamed The Poor Man’s Galapagos. All up the trip to the islands cost about $15 and takes 2 hours. What I discovered this time was a set of islands much more enjoyable when you’re not slouching in your seat with your head between your knees. 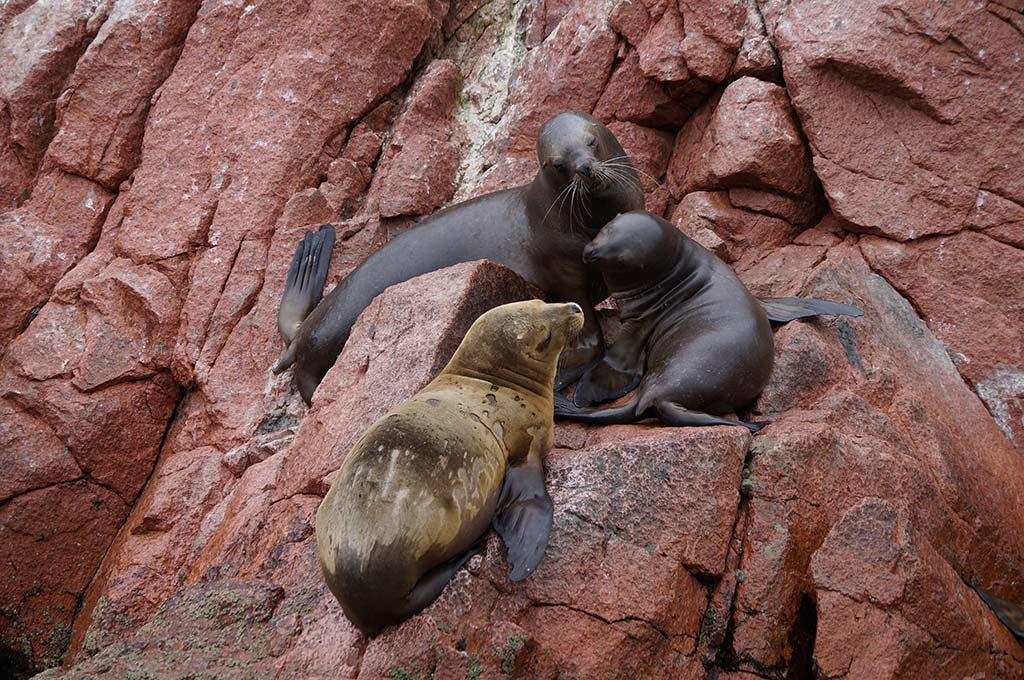 We boarded the boats at Paracas Pier early in the morning, and while they didn’t make a stop on the islands, at least this time I got close enough to enjoy the marine wildlife. First stop on the trip was a visit to the island shores, where thousands of sea lions lazily lounge about. Maybe it was mating season, or maybe they’re just massive players, but the papa sea lions seemed to be pimping out at least 4-5 lioness at a time. You get to hear the grunting and barking of orders as they kick it like kings on their rocky thrones. We also saw seals, Humboldt penguins and I swear I got a glimpse of a whale. 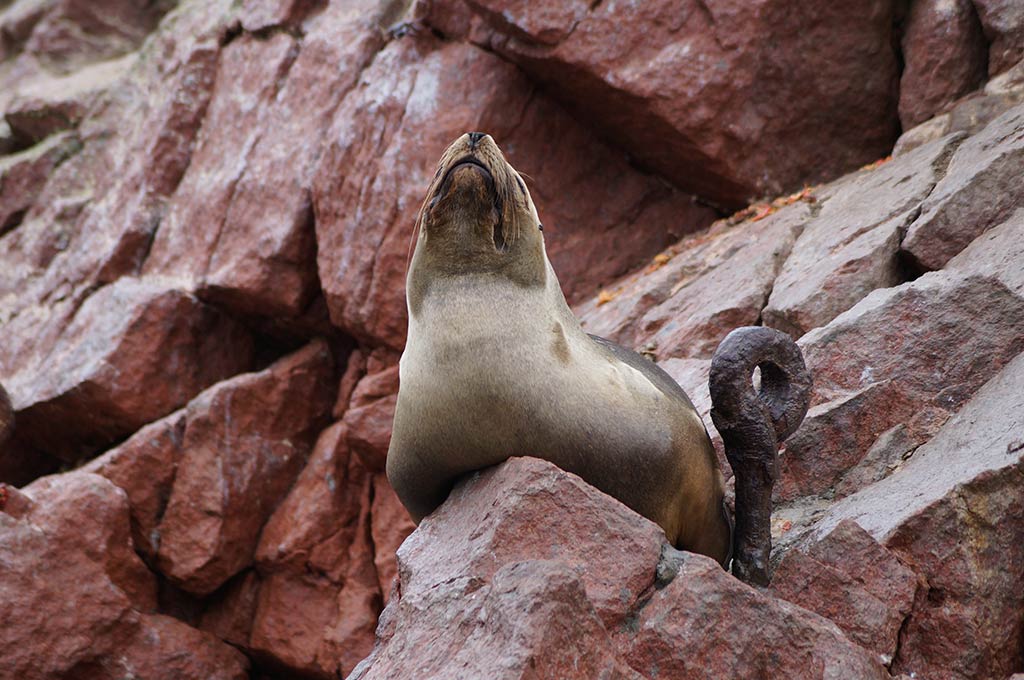 After bearing witness to the voyeuristic sea lions we made our way round to check out the local colonies of birds that call this place home. On the way there I literally had to duck and weave like a boxer to avoid the white droplets raining from the sky, as what felt like a million birds flew above me. The birds, who nest in the rocky crevasses of the islands, are also responsible for covering the islands with a snow like layer of bird poop called guano. They produce so much or this stuff that it’s harvested yearly like crops and sold off as boutique fertiliser. I’m talking hundreds of tons of the stuff a year. It’s certainly puts a new spin on the phrase ain’t worth shit! 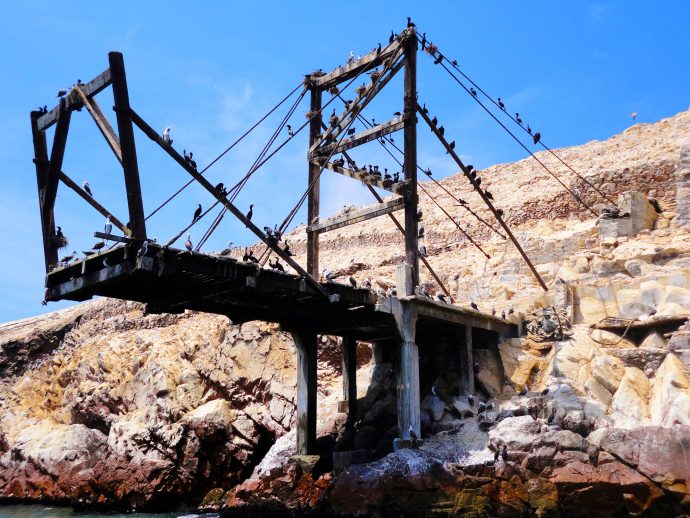 After the birds we headed back to shore with a trip past an ancient inscription which has been carved into a mountain side that shoulders the Paracas bay. It’s shaped like a giant trident, and has some old historical links to the ancient Paracas culture. It’s just a preview if you’re headed down to Nazca check out the lines, but cool all the same.

With feet on dry land again I can definitely say that Isla de Ballestas is worth the time and money if something like the Galapagos isn’t on your itinerary or in your budget. My only word of advice, save the Pisco for after the boat trip! 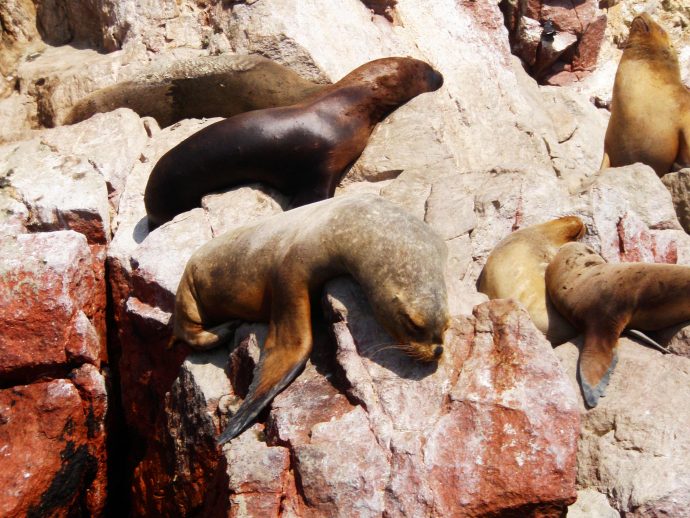