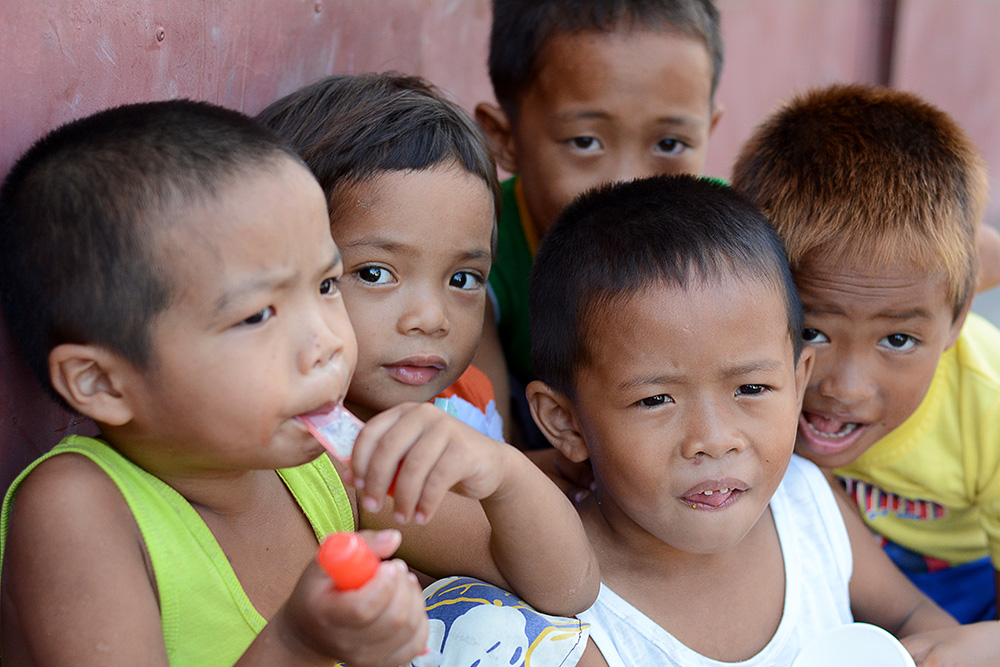 From the moment we stepped off the plane in Manila we had the feeling that the Philippines was going to be a trip filled with amazing adventures, incredible experiences and friendly faces! There was an instantaneous air of excitement and within a couple of days this feeling was officially confirmed; we are in love with the Philippines!

It’s not only the people and their unbelievably genuine hospitality, but the whole country just has a super positive vibe to it. In our short time here we’ve seen the diverse sides of Philippines, from the high rises of Makati to the humble town of Tacloban, each with their own highlights.

We can’t wait to spend the next 6 months volunteering in Tacloban and exploring the rest of the country! So without further explanation, here are our 5 first impressions of the Philippines! 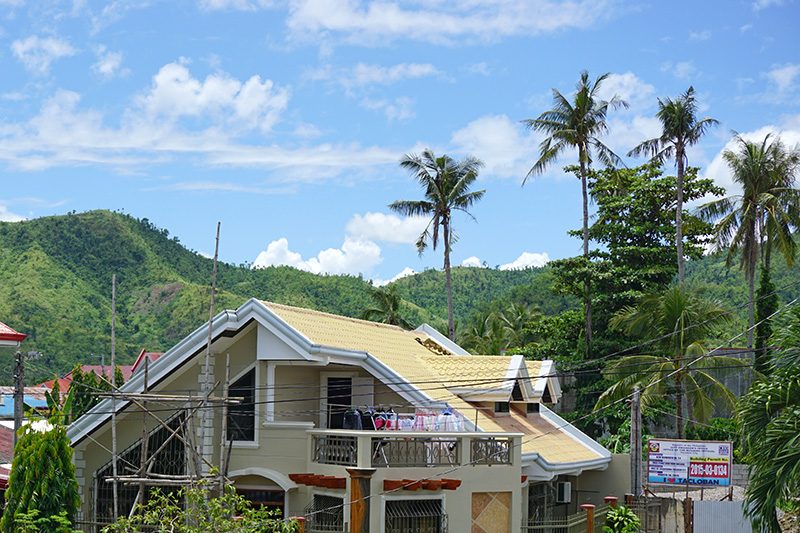 Ok we know this is starting to sound cliché, but seriously, Filipinos are the nicest and most polite people we’ve ever met along our travels! Now this is not to discredit any of the other amazing countries we’ve travelled to, but I think anyone who has visited the Philippines will agree that you jut can’t beat Filipino hospitality!

The perfect example of this is in Tacloban, where we’re currently volunteering. Hit hard by a super typhoon in November 2013, many of these people were left with absolutely nothing, yet the smiles and optimistic attitude they have about life is infectious. No matter how bad you think your day is you can’t help but smile and be cheerful when you walk down the street and everybody greets you with a ‘good morning sir, good morning maam’. Kids come running out of their house just to wave at you as you pass by, and pedi-cab drivers say thank-you even when you decline their services. 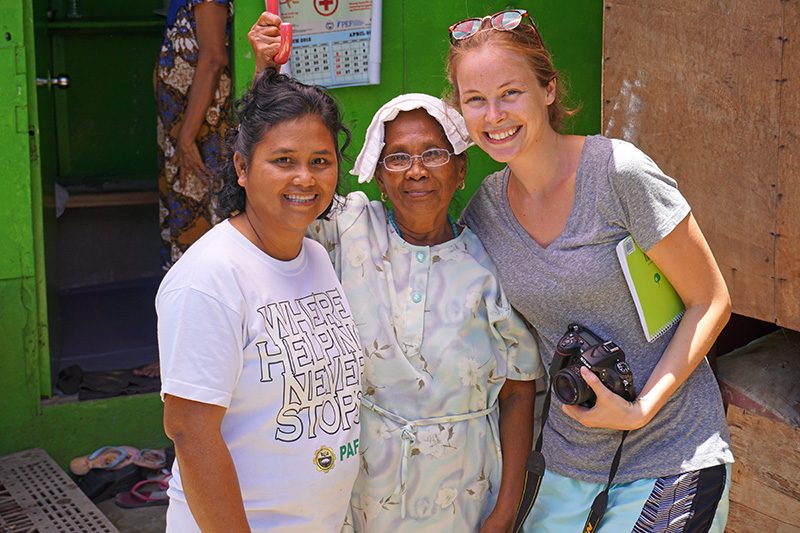 Relax, relax, we’re not about to completely write off Filipino food for vegetarians, but we must admit it has been a little more difficult to find some variety. I guess we were blessed with an abundance of choices in countries like Thailand and Vietnam, where tofu sprouts in meadows and vegetable Pho flows from fountains. Well, not exactly, but that’s how we’re feeling at the moment.

To be fair we haven’t ventured out too much in trying to find some good options, so this is on our list of things to do this week. So far we’re noticing lots of pork, particularly a traditional dish called sisig (minced up and fried pork cheek), which we’ve been told is delicious, but we’ll have to take their word for it.

If you have any suggestions for vegetarian friendly food choices we’re all tofu ears! 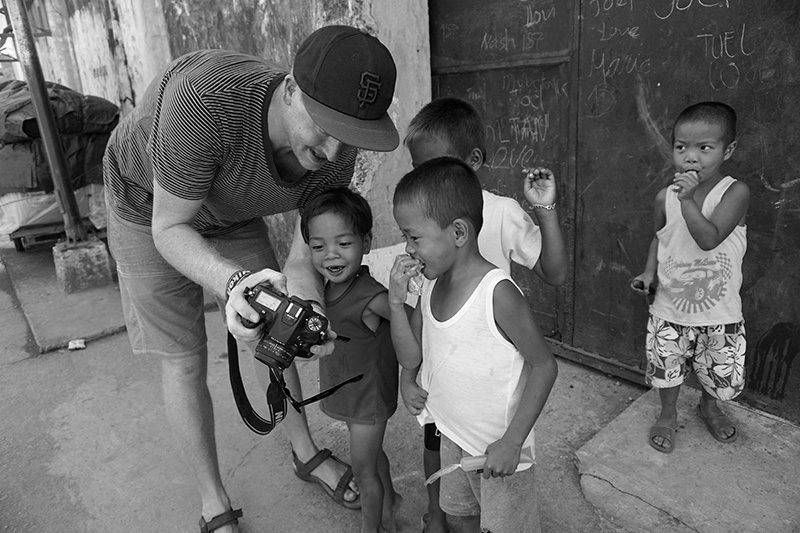 Coming into the Philippines we were well aware of their historical past. I mean, we’d read books and watched documentaries, but nothing really shows you what life is like in a country better than actually living in it. Having spent so much time in former Spanish colonies we’d become quite accustomed to things like; Catholic dedication, local transport decked out in flashing florescent lights and the old colonial architecture, but I guess we didn’t realise how far reaching this was.

Since arriving in the Philippines we’ve definitely picked up on a lot more of the Spanish influence than we thought. Even the national language, Tagalog, has an array of Spanish words that make up random items. Spanish numbers, months and days are all the understood, as well as a number of other things, which helps a little with communication. 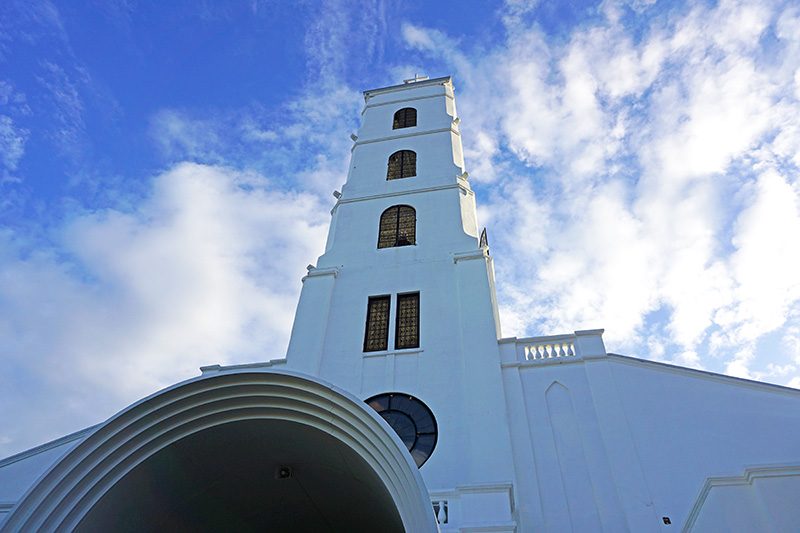 The Land of Singers

You might not believe me, but literally as I write this sentence the distant sound of an out of tune ‘Total Eclipse of the Heart’ echoes through our street. We think it’s the voices of our neighbors around the corner, last night it was the young girl a few doors down.

While we haven’t yet investigated this phenomenon, but we are noticing a significant amount of singers in the Philippines. From the guy walking down the street at night belting out Ed Sheeran’s ‘Thinking Out loud’ to the grocery attendant who had no interest in helping us while the power ballad of Whitney Houston’s ‘I Will Always Love You’ was in full force! Karaoke bars pop up on almost every corner and seem to be the popular spot to be on a Friday night. 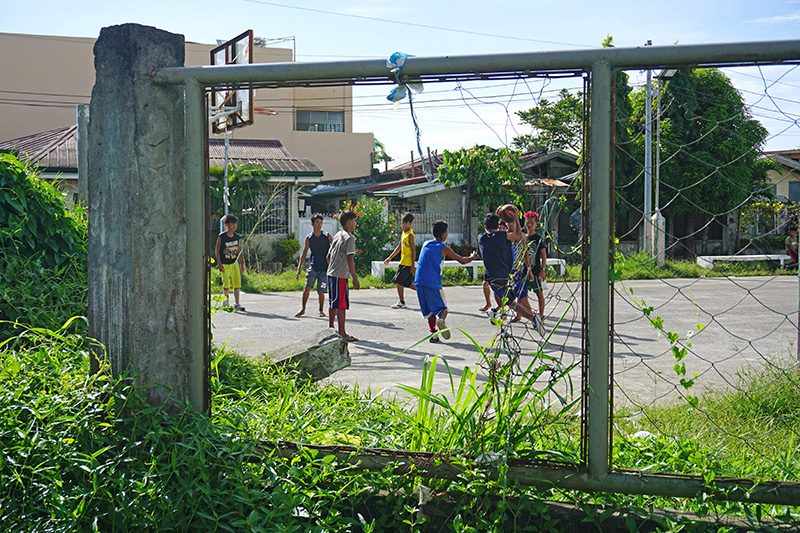 When we initially thought about sport in the Philippines we definitely didn’t think that basketball would be up there! Our first guess, and what we figured was a safe one, was football (soccer). It’s the world game, everybody plays it and we just assumed the fast and nimble Filipinos did as well. So far, much to our surprise, Filipinos seem to be all about the basketball! Kids walk around the streets in basketball jerseys and kicks three sizes too big for them. Impromptu pop-up games erupt onto the street, where makeshift hoops hang crookedly from trees and nobody cares to keep score.

And let’s be honest, Filipinos generally aren’t the tallest bunch of people out there! But hey, they probably said the same thing about Muggsy Bogues!

22 thoughts on “5 First Impressions of The Philippines”