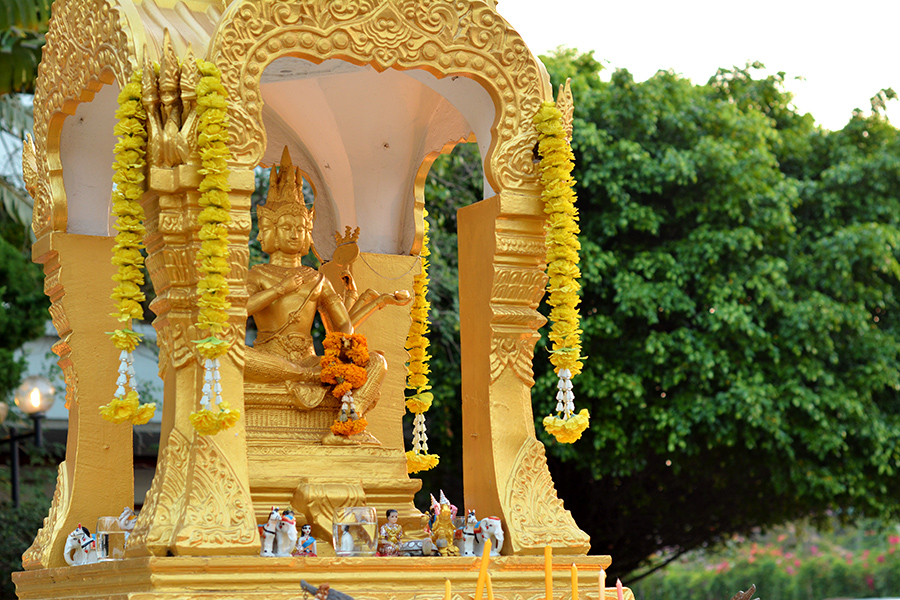 We’ve now officially been in Thailand for three weeks! So why has it taken us so long to get a post up? Well, after spending two years in Latin America, and then a year in Australia, we’re still digesting being in a new place. And we gotta tell you, it’s wonderful and exciting and challenging all rolled into one. It finally feels like we’re traveling again, experiencing new sights, sounds and smells. Jules has been here before (although 8 years ago) and this is my first time in Asia.

We’d been anticipating this trip so much that it almost didn’t feel real when we first arrived. Not until we entered noisy Phuket Town, ate our first plate of Pad Thai, and felt the sticky air envelop our skin, did Thailand start to come alive. Although the crowds of tourists can be frustrating and the motos make it almost impossible to cross the roads, we feel a sense of ease here. We can’t wait to continue exploring the country, but for now here are our 5 first impressions of Thailand. 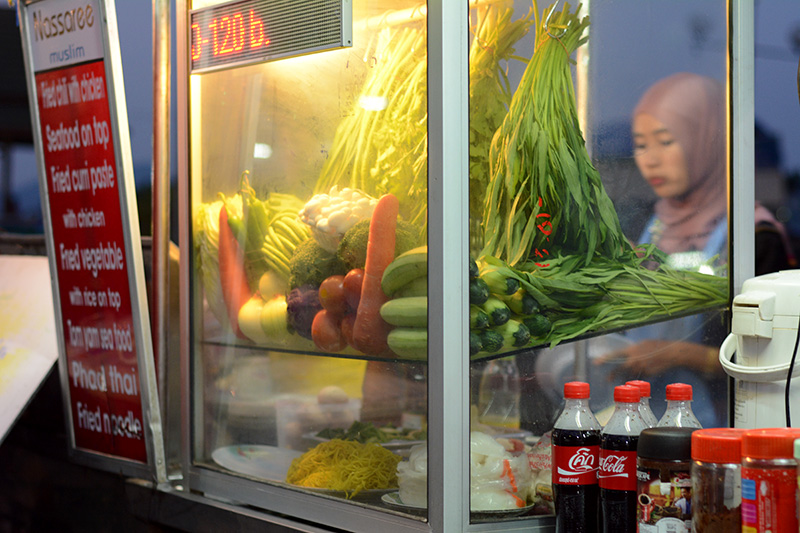 I’m actually pleasantly surprised about how good the food is here. Don’t get me wrong; I love Thai food. But often times foreign food in the US or Australia is different to the food in that particular country. Mexican food, for example, is very different in the states than it is in Mexico. So I was stoked to find out that Thai food at home is actually pretty authentic compared to the amazing plates we’ve been served up so far.

In saying that, the food in Thailand is still a more delicious version of the dishes we’d order at our local Thai joint in Melbourne. Not only that, but there are so many more vegetarian options! In many parts of Latin America, the concept of vegetarianism isn’t fully understood. Here they understand it right off the bat, and no meals arrive with chunks of chicken or sprinklings of ham. We’ve been stuffing ourselves with Pad Thai, fried rice, spring rolls and endless types of curries and soups. Although the food can be a bit spicy (curry in particular), we’ve learned to say “mai ped” no spice, which usually ends up being the perfect amount of spicy. I still have my burrito cravings from time to time, but we haven’t gotten sick of Thai for breakfast, lunch and dinner yet! 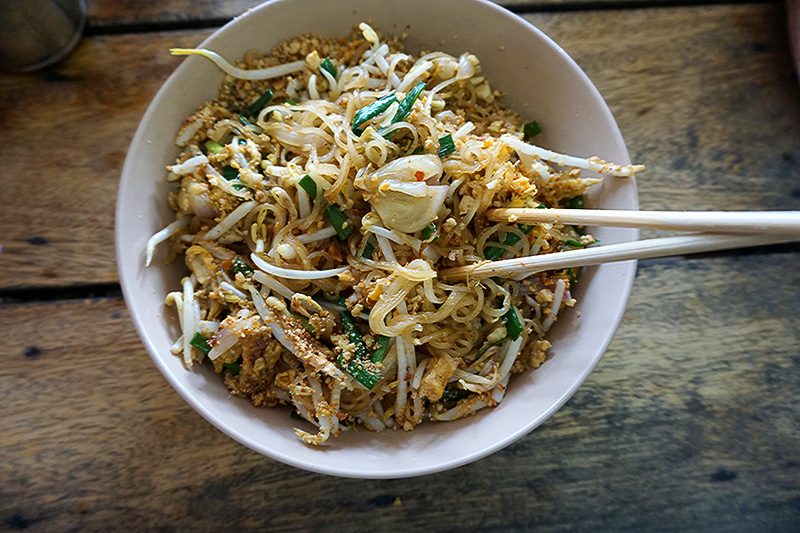 Looking back at my packing list, I don’t know what I was thinking. I packed three sweaters and a pair of blue jeans. I should have just packed a bikini and called it a day. It’s fairly hot and definitely humid. Luckily we’ve spent the past couple weeks around the Southern Coast which has been surprisingly breezy. It’s also been a bit hazy here, which is a nice change from Australia where it felt like the harsh sun was always beating down on us. My hair on the other hand has completely rebelled and turned into a giant ball of untamable frizz. Oh well. 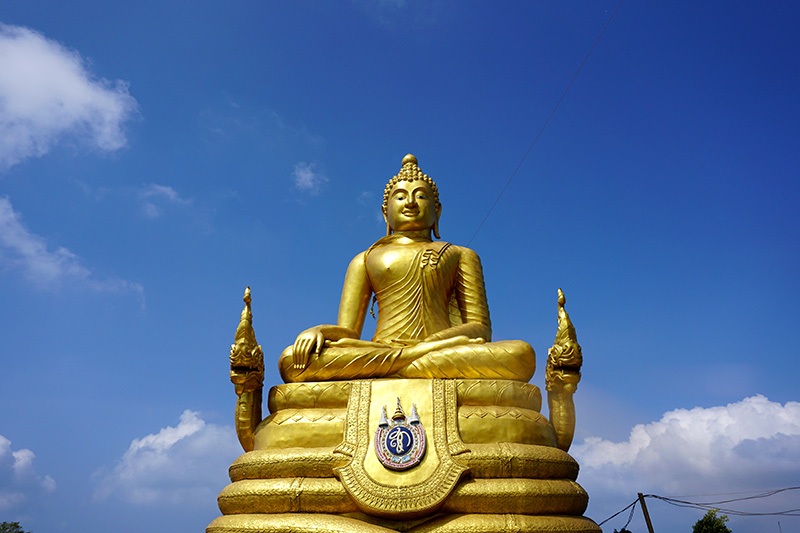 After spending years in Catholic Latin America, where Jesus stickers were posted on everything from tuk-tuks to children’s lunch boxes, we’re enjoying a change of culture. We’ve only been here for a few weeks so we’re still learning about the Buddhist and Muslim religious influences, but it’s super interesting. Sprit houses, miniature temples set up to appease the spirits, dot the busy streets of Phuket. In the South women in hijabs and burqas drive around on motor scooters and sell delicious Muslim curry at the night markets. It’s fascinating to see these religions co-exist side by side. One day we went to visit the giant Buddha, a popular religious site in Phuket, and then later that day heard the call to prayer in a small Muslim community. 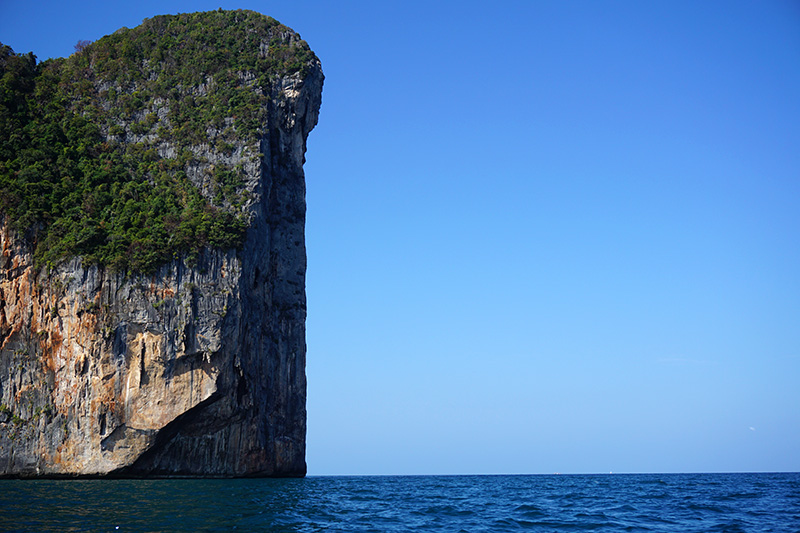 It’s no wonder Thailand has become such a popular tourist spot, because it is gorgeous. The humid weather gives the countryside lush greenery. Along the coast, limestone rock formations tower over the blue water. I have the luxury of being on the back of the motorbike while Jules drives us around, leaving me plenty of time to soak up the landscape. The interior of the islands are thick with bush and trees, perfect for exploring. The beaches are quite pretty, although the nicest ones seem to be overrun with tourists. We’re hoping to get off the beaten track soon to find some undiscovered coastline. 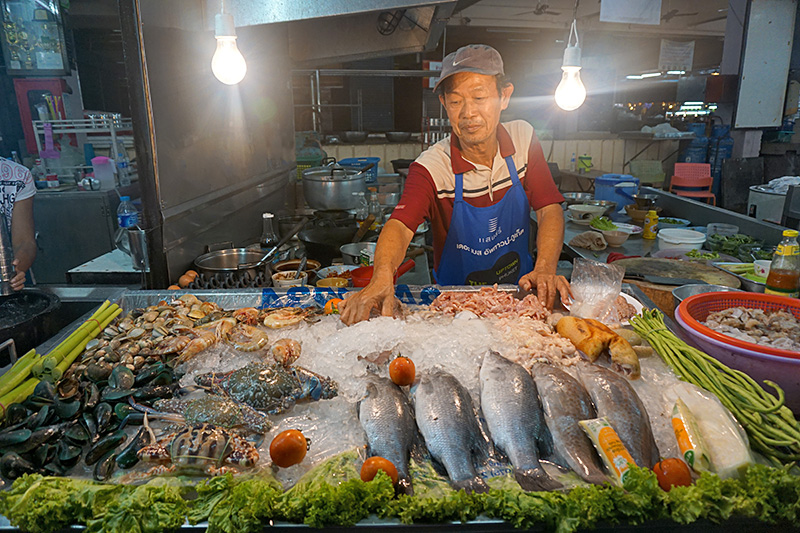 As most of our travels have been in Latin America, it’s hard not to compare the two. In Latin America we could speak the language, which made traveling in general way easier. In fact, I think we took for granted how many advantages and opportunities were available to us by speaking the language. We were invited into houses to chat for hours over tea. We joined impromptu soccer games and went to children’s birthday parties. Knowing Spanish was our key into so many authentic and awesome situations.

Here we’re back at square one. Which is good, in a way, because it’s reminding us how most backpackers travel. Taking local transport is much more difficult and we can’t haggle prices as well. Thanks to the influx of TEFL jobs in the region, most locals that work in the tourism industry know at least some English and our grasp of the Thai language is growing a bit with every conversation. Communication is still difficult though, but it reminds us of one key aspect of traveling that we maybe started missing in Latin America – getting outside our comfort zone. 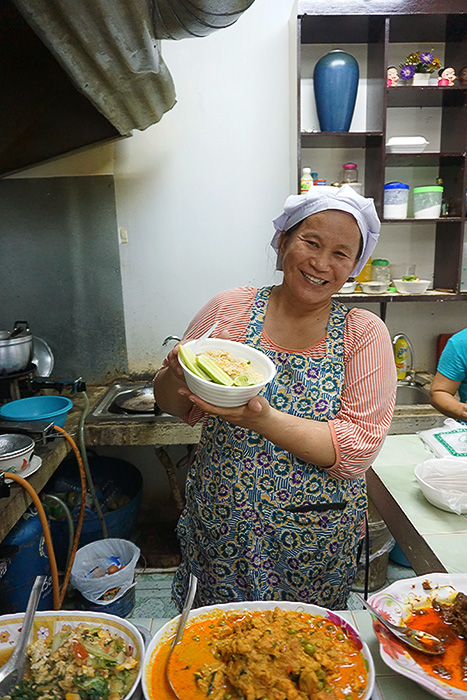 Travel bloggers have a bad habit of romanticizing the places they visit. So when I say that the people of Thailand are some of the kindest that I’ve met in all of my travels, that may seem like an exaggeration. But it’s not. In our short time here we’ve been met with such a warm sense of hospitality. Even in touristy areas where our faces would just blend in with all the other backpackers, locals have been so polite.

Small things like thanking us for looking at their menu even if we don’t eat at their restaurant, or apologizing profusely when they accidentally overcharge our meal by a dollar. Of course there are nice people and mean people in every country, but so far we’ve had overwhelmingly positive experiences. They don’t call it the Land of Smiles for nothing!

Have you traveled through The Land of Smiles? What were your first impressions of Thailand? Drop us a comment below or come find us on Facebook or Twitter!

18 thoughts on “Our 5 First Impressions of Thailand”