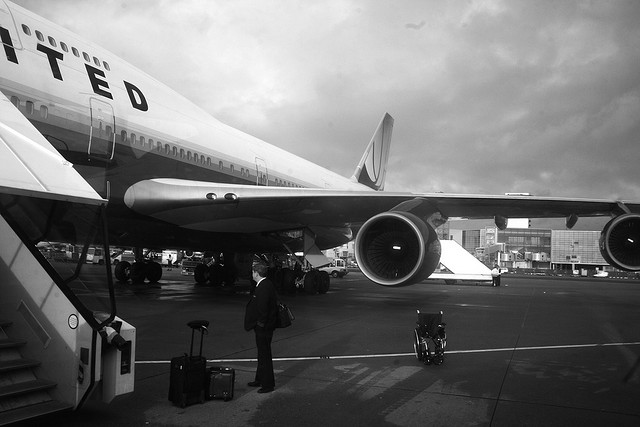 With the holiday season officially here (only four shopping days left till Xmas!) many of us will be getting on a plane to visit family or friends sometime this winter.

I personally love flying. Entering an airport gives me an instant high that no other place does. Flying on a plane means taking off on a new adventure, leaving for months at a time to exotic new places, perhaps even visiting old friends. Or it means coming home. Usually after months away, exhausted, relieved and practically falling into my parents arms.

For the past three years and running I’ve left the states in early January, just after New Years. This year I’m leaving a little early to ring in the New Year with Jules in Australia! That is if my visa goes through. It’s been excruciatingly slow and it literally needs to be processed in the next three days so I can leave! Everyone cross your fingers!

So, since myself and so many others will be boarding a plane soon, I’ve compiled some fun, interesting and crazy flying facts. You can share these with your neighbor on the plane or just read them to distract you from the baby screaming 2 rows back, the guy who just sneezed to the left of you and the bitchy flight attendant who won’t give you another packet of pretzels. Enjoy your flight!

1. Are you a nervous flyer?

I don’t like to admit it but I still get nervous during takeoffs. I like to have my music on to keep me calm. Yes, I am that person that the flight attendant calls out in front of everyone.

“Ma’am, we’re taking off now, I’ll need you to turn off your electronic device.”

“MA’AM I can see your headphones under your hoodie!”

Also, side note, I hate being called ma’am. But seriously why do we have to turn off our electronic devices during takeoff? I’m sure there are a million other rule-breakers who keep their iPhone/ iPad/ etc. on and I’ve never heard of it causing a crash. Every time I’m on a flight I wonder this and I always swear after we land I’m going to look it up. And then I forget. Every time. So here I am to impart wisdom on all curious travelers. What’s the big mystery? Well, personal electronic devices (PEDs to people in the biz) emit radio emissions that might interfere with the electronics system and communication with air traffic control. Oh, okay, that makes sense. But the exciting news is that the FAA has given permission to airlines to allow electronic devices during take off and landing! Yay! So let’s all use our Kindles and iPads during take off and see what happens!

2. We’ve all heard it before

The odds of getting in a plane crash are slim to none. Getting in a car crash on the way to the airport is waaaay more likely, and we don’t have any reservations about that. I for one attribute my plane nervousness to watching one too many Final Destination movies.  But just how dangerous is getting on a plane? Well to put a number on it, you have a one in 11 million chance of dying in a plane crash. Let’s compare that to some other statics shall we? You have a one in 3.7 million chance of being eaten by a shark, a one in 2.3 million chance of being killed by lightning and a one in 5,000 chance of being killed in a motor accident. Okay so flying doesn’t look so bad now. Also, if you are in the crash, you have a 95.7% chance of surviving. You have the same odds of dying in a plane crash as having natural conceived identical quadruplets. So yeah, I think we’re okay.

3. Just when you started to feel safe..

Here’s another fun fact for you. They say planes can basically fly themselves these days. Well, lets hope so, considering it’s not uncommon for pilots to fall asleep midflight! 56% of UK pilots admit to “in-flight napping” and 29% have said they’ve woken up to find their co-pilot also asleep! Oh brother. 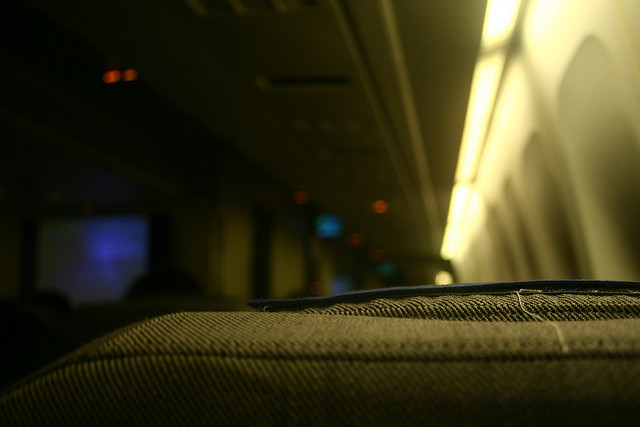 4. Stock up on your Airborne

Planes are filthier than you even imagined! Tray tables and seat pockets are breeding grounds for germs. In-flight water has tested positive for E. Coli. And most major airlines only wash their blankets every five to 30 days! Yuck.

5. Be nice to your flight attendants!

Not only do they have to deal with grouchy travelers, but they are only paid for “in-flight time.” That means that when you are sitting there trying to cram your oversized carry on into the overhead compartment, they are only paid their $2/ hr per diem salary. Do everyone a favor- pack light and get your ass in the seat.

Have a safe flight!