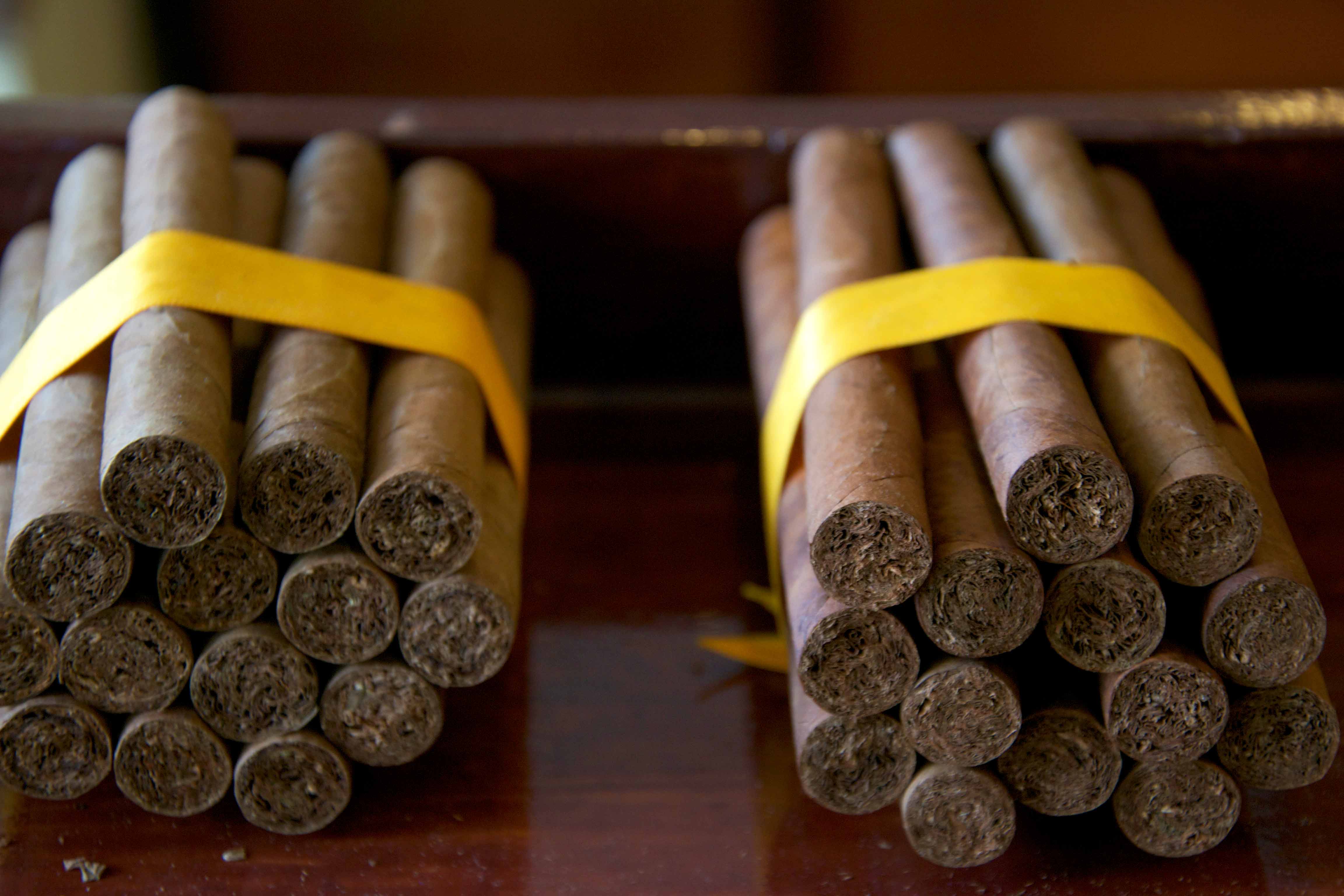 If you’ve heard anything about Cuba along your travels there’s a good chance you’ve heard of Cuban cigars. If not, I’m sure you’ve seen the iconic photos. Fidel Castro, or Che Guevera, defiantly blowing off the U.S with big 10” cigars hanging out of their mouths, puffing away at press conferences or hanging out of an old Soviet tank. 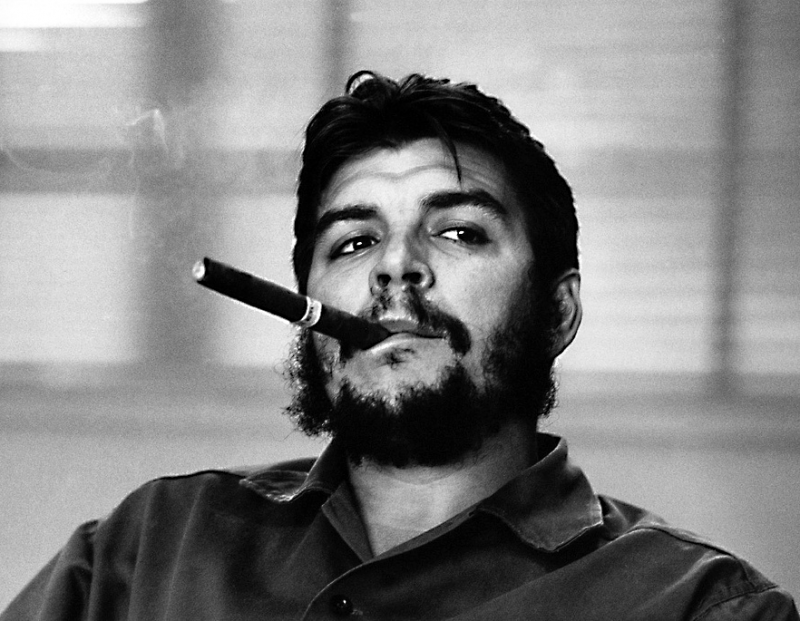 Cuban cigars are by far one of Cuba’s most notable exports, along with quality rum and a big F.U to the Capitalist World. As a non-smoker I didn’t really see the big deal about cigars, until I got to Cuba. While I’m definitely not converted, I can say I enjoyed a couple of the smoother Romeo y Julieta’s over a few rums.

While we were in Cuba we really wanted to understand the phenomenon behind these famous cigars, and what better way to fully experience the cigar life than walking inside one of the government operated factories. We took the opportunity while passing by Santa Clara, also famous for being the final resting place of Che Guevera. 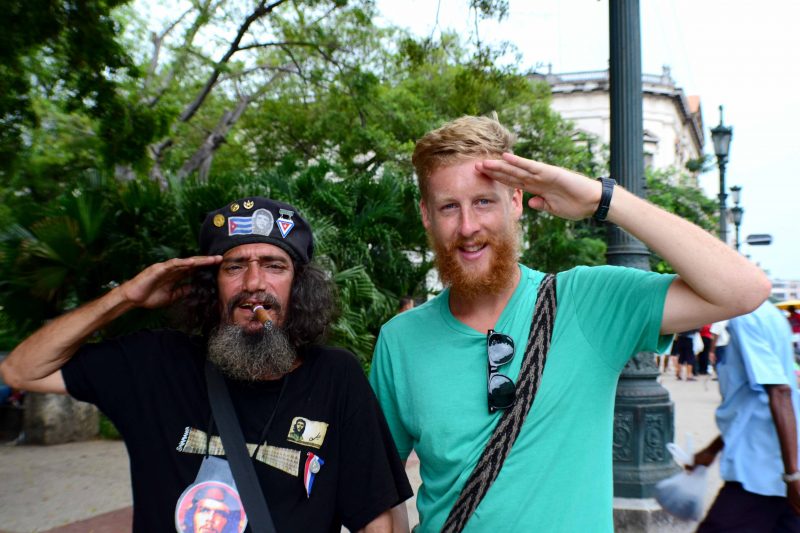 The cigar factory in Santa Clara is located only a short walk from the center of town. Upon arrival we were met by a friendly receptionist who confidently, and authoratively, told us to leave our bags and DSLRs behind a tiny front desk. “No fotos”, she said, and went on to explain that government regulations restrict any informal media access. Hesitantly we obliged, but we wondered if they’d still be there when we get back. Not that we didn’t trust the workers, but when our cameras combined equal about 5 Cuban years of salary it’s hard not to see the opportunist temptation.

The tour itself was pretty basic. Far from exploring the whole factory, instead we were ushered into a big hall close to the entrance. Before we entered the hall we could hear the same rhetoric looping over the radio promoting the success of the revolution. When we stepped inside the hall we were immediately hit with a strong whiff of tobacco. All around the room rows upon rows of wooden desks were assembled, with sturdy wooden chairs and even sturdier workers. 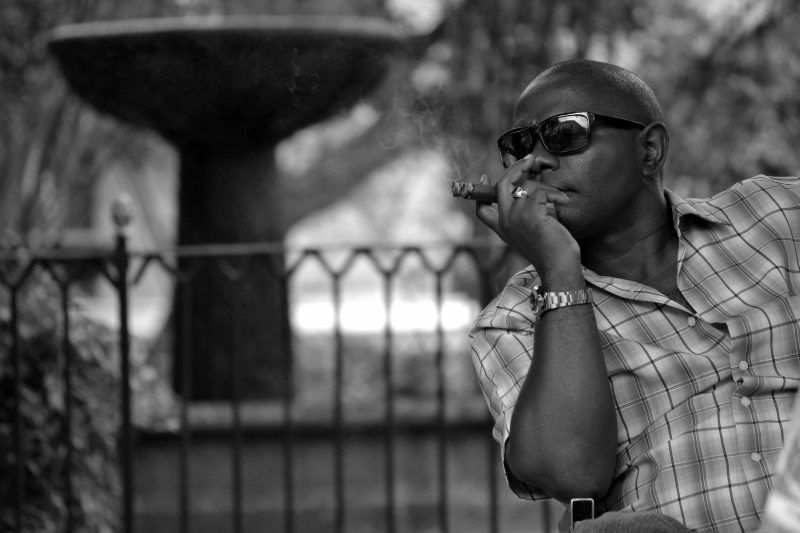 Two hundred and fifty Cubans of all ages, shapes and sizes were vigorously pumping out cigars. Fingers delicately working away like finely tuned pianists. They chattered among the buzz of other workers, but always remained busy. From any area in the factory socialist propaganda posters could be seen. On the main wall a big poster of Fidel states, “Those without jobs, are the lazy people letting the country down”. A simple reminder to the workers that being unemployed is not an option.

We asked our tour guide a few questions about working hours, average pay and the different types of cigars. From what we learned, a job in a cigar factory is among one of the best in Cuba. Each worker is assigned a number, and every cigar can be tracked back to an individual worker for quality testing. Cigar making is incentive based, and if you’re good at your job you can expect to be rewarded for it. While the average wage is around $25-$30 CUC a month, with the moneda nacional incentive bonus someone could make up to $45 a month.

Next we moved onto some of the workers, asking them questions about their work, but careful not to pry too much or to be offensive. Most workers appeared pretty happy. They work Monday to Friday, and every second Saturday. Shifts start at 7am and finish at 4pm, with a half hour break and an hour lunch included. There’s also an on-site kitchen where the workers are fed for 1MN (equivalent of 4c). 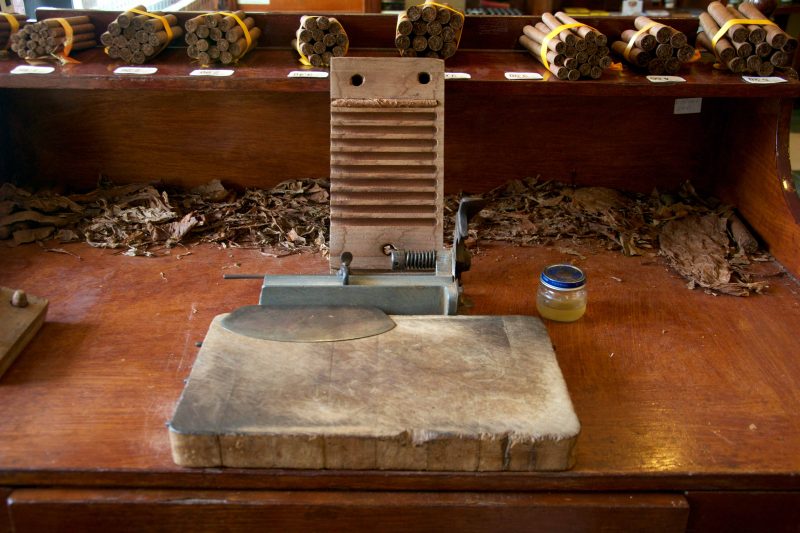 Getting a job at the factory is usually through family recommendations or people you know. After 9 months of training you’re finally ready to hit the floor. With over 100 different brands and sizes, the workers get trained how to mix the tobacco leaves to make specific cigars and work that same recipe for a month before switching.

After about half an hour of idle chitchat our guide finally called an end to the tour. We thanked the workers we’d chatted with and headed towards the exit. Just before we went to collect our bags a small feeling of anxiety hit us. We’d forgotten all about our cameras being out in the open. Hurriedly we made our way back to the entrance, only to find a smiling guard watching over our bags until we returned. “Todo bien”, he said, and we couldn’t agree more.

We left the cigar factory satisfied that our investigation had been met. For us it’s still a strange concept to think that someone sitting on their butt all day rolling cigars can make more than a doctor, but this is Cuba, and things don’t always make sense.