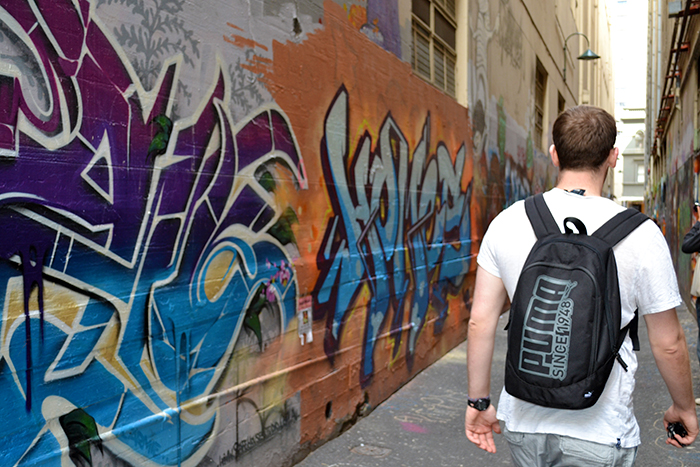 Australia is on the top of many travelers’ bucket lists, but let’s face it, this country is pretty pricey. With $9+ pints of beer and hostels starting at $35/night, cheap backpacking in Melbourne really gets the broke backpacker counting their pennies. But don’t fret, there’s a reason Melbourne has been voted the world’s most livable city for so many years. This spot has it all, from fine dining and chic nightlife, to cheap cafes and tons of free activities. So fellow broke backpacker, we got ya covered. Here’s our quick list of cheap and free things to do while backpacking in Melbourne. 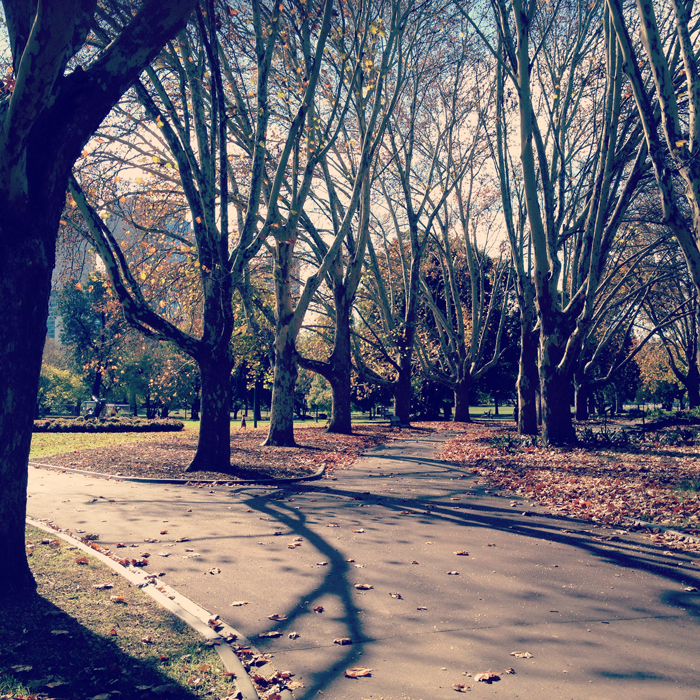 Melbourne is famous for it’s street art (aka graffiti), and rightly so. It seems like almost every corner you turn around, there is a gorgeous piece just freshly drying on the wall. One of the most popular spots with locals and tourists alike is Hosier Lane. This narrow cobblestone street is bursting with color and creativity. It’s not uncommon to see bride and grooms using this street as a backdrop for wedding photos. Caledonian Lane also in the CBD, is a short street to walk through but you could spend a whole afternoon deciphering layers of images and stencils that interconnect and blend into each other. Other top spots: Yarra Place & Union Lane.

Okay, I know what you’re thinking. Library?! Next! But before you skip over this, hear me out. The Victoria State Library is right in the heart of Melbourne’s Central Business District (CBD). The building itself is gorgeous and it’s a popular spot for locals to get in a good study session. If books aren’t your thing, stay outside where there’s always a good crowd. The grass is a great spot to meet up with friends or have a picnic. On sunny days the staff pull out giant beanbags to chill out on the grass and you can listen to a varying lineup of buskers play music. After, challenge someone to a game of giant chess at the top of the stairs. Also… free wifi! 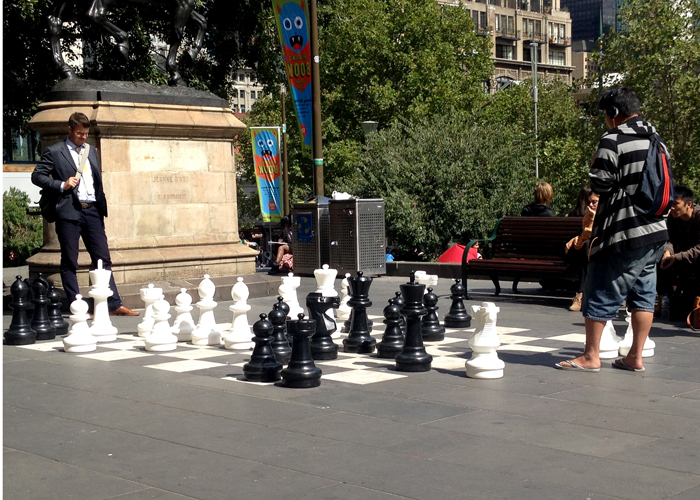 Interested in seeing a little wildlife but don’t want to shell out the cash to visit the zoo? No worries, mate! Down by the St. Kilda pier is a small penguin colony. Head there just after sunset to see these little guys swimming back to their home in the rocks after a day out in the ocean. This place can get a bit crowded but it’s worth it to catch a glimpse of these cute little creatures. Volunteers are around to give you some information on the conservation project as well as point out any hidden penguins hiding in the rocks. If you want to take photos, make sure to turn off your flash as it can damage their eyes.

Cheap All You Can Eat Hare Krishna Food

Are all these amazing activities making you work up an appetite? Don’t be a sucker and pay $20+ for lunch at one of the trendy (ie. pretentious) cafes downtown. Instead find one of the several Hare Krishna restaurants in the area. Jump in the queue with other budget backpackers and broke students. Lunch is $5.50 for students and $7.50 for everyone else. There’s only one dish featured each day and it’s all you can eat, which includes dessert and a drink. Sit at a communal table and make a new friend or grab some of their spiritual literature for some mid-day enlightenment. Our favorite Hare Krishna spot: Crossroads at 123 Swanston St. 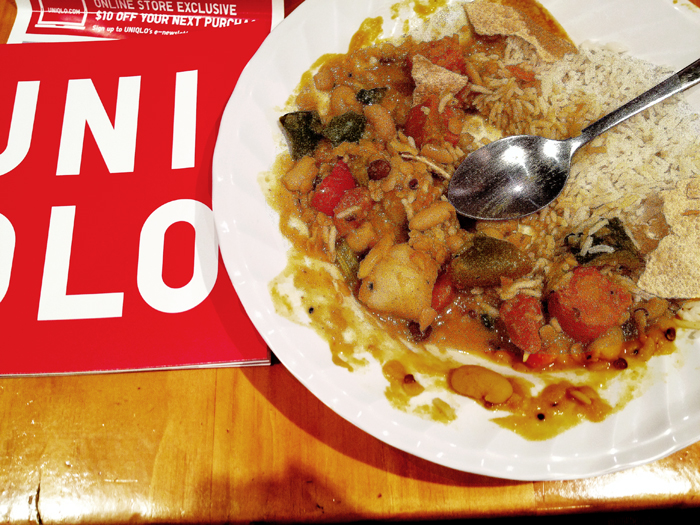 Beers on the Yarra River

After a long day in the Melbourne sun you’re probably craving a nice cold beer – or as we Aussies say – a frothy. If you’re going to a bar expect to pay upwards of $9 for a pint. On a backpackers budget that’s crazy! Why pay extra to sit indoors when you can grab a cheap beer and enjoy the beautiful scenery of the Yarra River? Head over to the corner of Flinders and Swanson, grab a six-pack from the Young & Jackson take-away, cross the Princess Bridge and then pull up a patch of grass on the side of the river.

27 thoughts on “Cheap Backpacking in Melbourne”