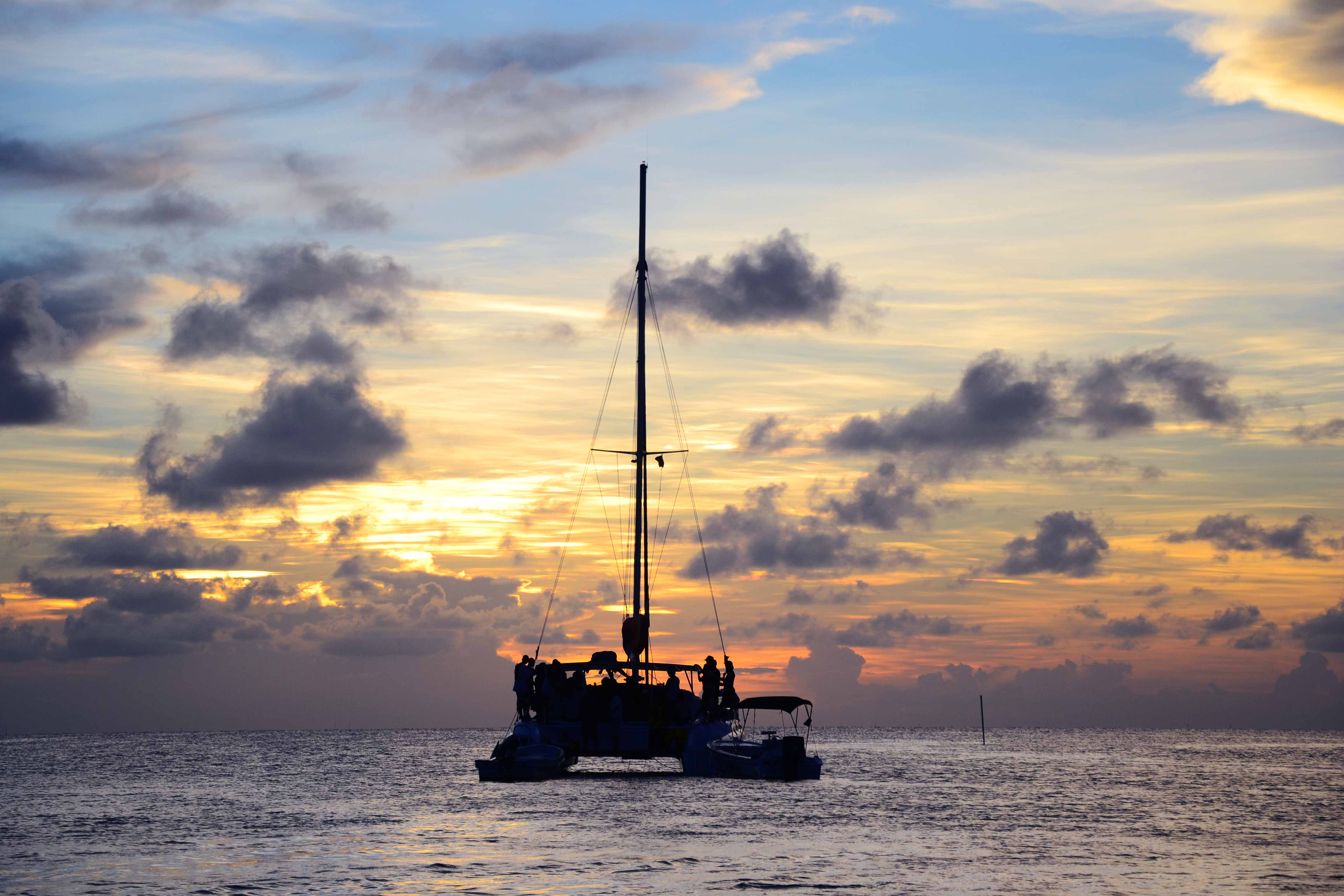 I’m gonna be honest, I didn’t love Caye Caulker. Which left me with the great travel blogger dilemma. How to write on a place you’re not crazy about.  Do you gloss over the not so glamorous parts and fake enthusiasm? Or do you have an obligation to your reader to be as honest as possible even if that means admitting to some ugly truths? I’m going with the latter, but don’t worry, it’s not all bad!

I’m not going to say don’t go to Caye Caulker. We did enjoy the small town island vibe, and it is the perfect place to meet up with fellow backpackers. However, in the end the suffocating push for tourism had us packing our bags and looking elsewhere. 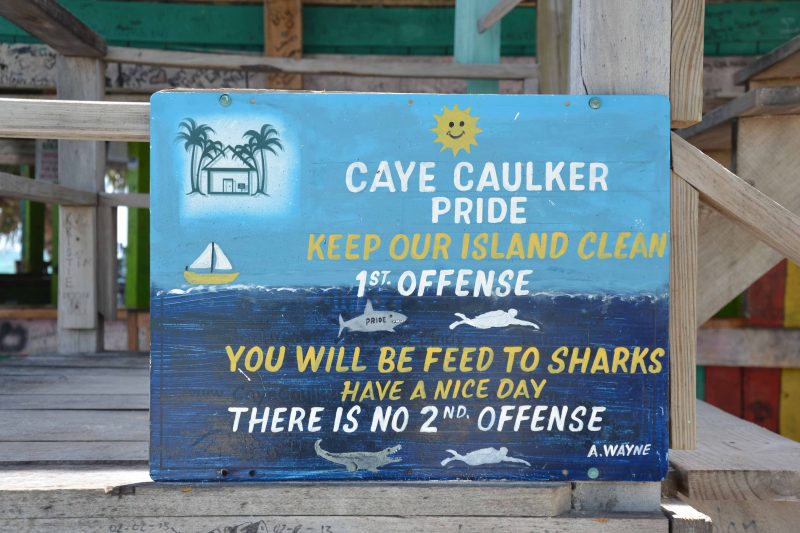 Starting from the moment we bought our tickets for the express boat trip from Belize City to Caye Caulker, I felt like I had a giant dollar sign tattooed on my forehead. As soon as we landed on the island we were bombarded by hostel workers and tour guides shoving brochures in our faces.

The Caye itself is small and, although filled with tourist shops, it does have a relaxing, laid back vibe. We kicked off our sandals the moment we arrived and went barefoot for our 4 days there. And while the island itself is made up entirely of reef and has zero beaches, that doesn’t stop people from soaking up the sun. Everyday backpackers and tourists congregate at “the Split” on the east end of the caye for afternoon beers and sunbathing. 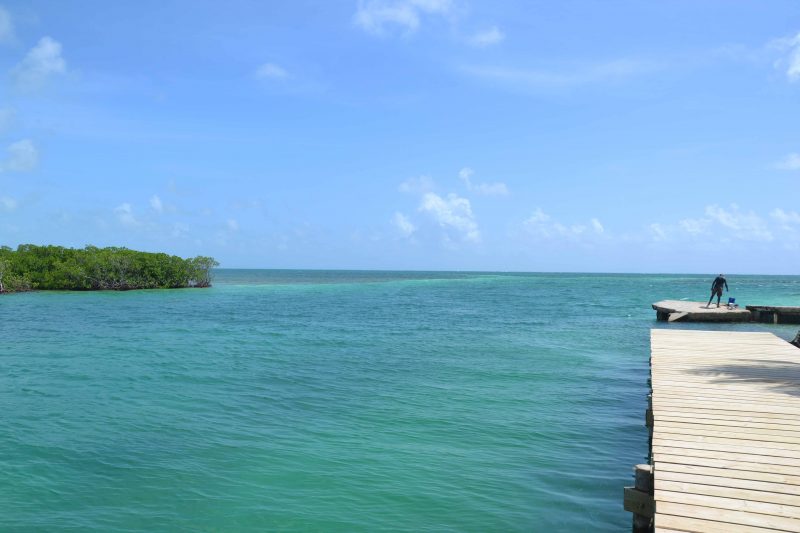 The touristy area is cheerful and, despite not having beaches, the Caye has a definite Caribbean beach vibe. But the whole thing felt a bit put on to me. Every morning when we left our hostel we were confronted by the same obnoxious Rasta dude trying to get us to buy his “Coco Loco.” Thanks dude, but we’re not interested in your homemade cocktail at 10:30 in the morning. If you wander off the main strip and head to the west side of the island, you start to get a true feel for the place. The cheerful hostels & tour guides start to give way to local residences, which ranges from the modest to the barely livable. It was sad to see the harsh contrast between the nicer hotels and the living situations of some of the locals. 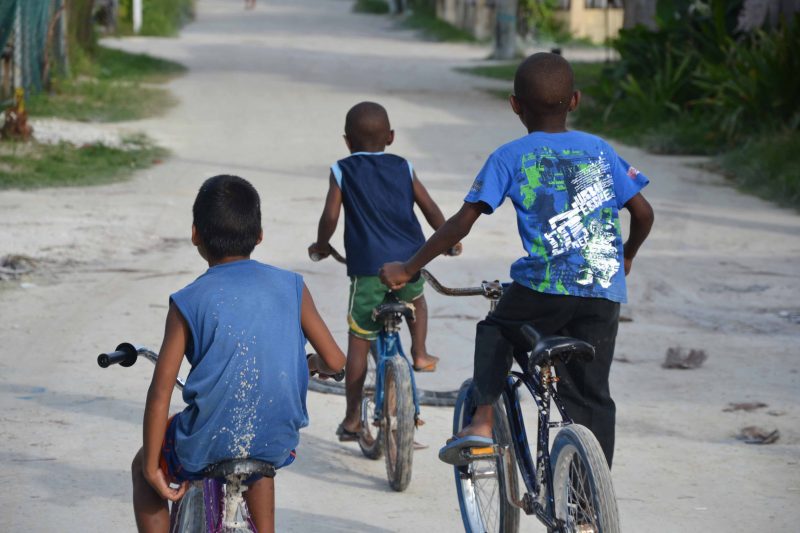 If you’re not interested in the backpacker scene, rest assured, Caye Caulker does have plenty of aquatic activities for sea lovers. Scuba diving and snorkeling are huge, as is sport fishing. We decided to splurge on a snorkel trip and found that most shops will go down to the same price ($30 for a half day tour). The one shop that stood apart from the rest was Big Fish, down toward the western end. They promote themselves as the ethical and sustainable tourist shop and the only one that doesn’t harass the animals. Unfortunately, we waited till the last minute to book our tour and they didn’t have any snorkeling groups going out that day. Instead we settled for one of the other shops that was pretty unmemorable, so I won’t even bother naming it.

Shark & Ray Alley, the second stop on the tour, was the main attraction. True to its name this spot is filled with nurse sharks and stingrays that come straight for the boat as soon as they hear the motor. The alleged story is that this was previously the spot where fisherman would come to clean their fish. The sharks and rays soon learned that the sound of an approaching motor meant they would be fed. The tour boats carry on this tradition and throw bits of fish into the water to encourage the sharks to stay longer. I have to admit, even though the whole thing felt a little artificial to me, swimming among these incredible animals was breathtaking. It was one of those travel moments that makes you stop and think, am I really here doing this?? 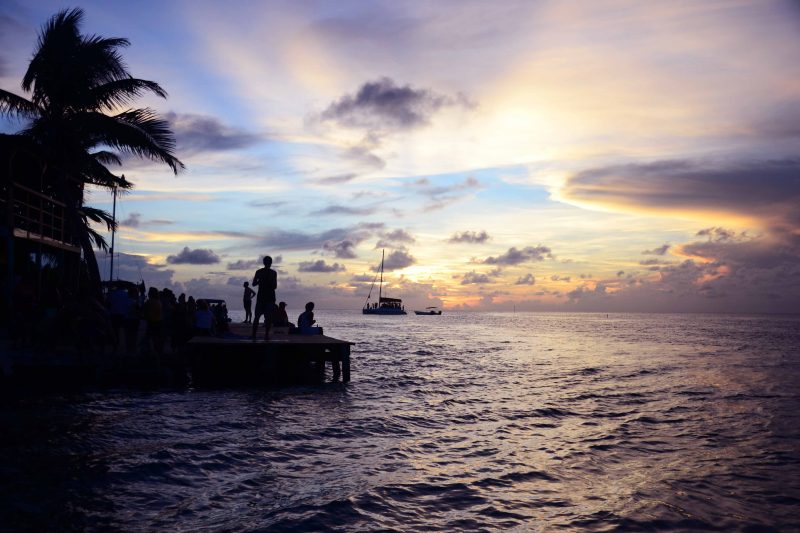 After the tour I grilled our tour leader on the environmental sustainability of such a practice. He assured me that they fed such a small amount that the bait was more of a light snack than a meal. The other part that bothered me was that the leader picked up a shark for us all to touch the leathery skin, as well as a stingray. I later learned that stingrays have a protective coating on their skin and petting them can be damaging. While the experience was amazing, if I did it again I would definitely go with a Big Fish snorkel guide. While you may not have the same experience, because they don’t feed the animals, you know for sure that you are not negatively impacting these incredible creatures.

After 5 days on Caye Caulker, we were ready to get out of there. While the laid back island lifestyle kept us there for a few more days than we planned, the “in your face” approach to tourism was not our style. We decided to throw our shoes back on our feet and head to the next destination – Orange Walk! 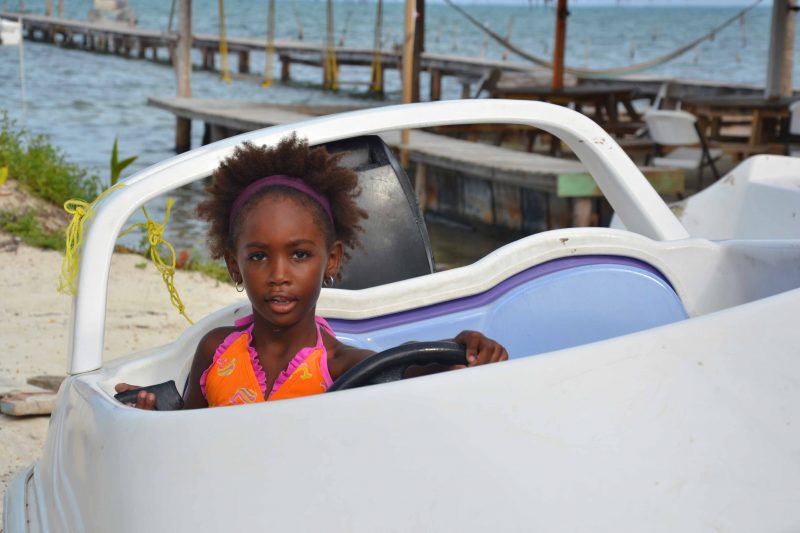 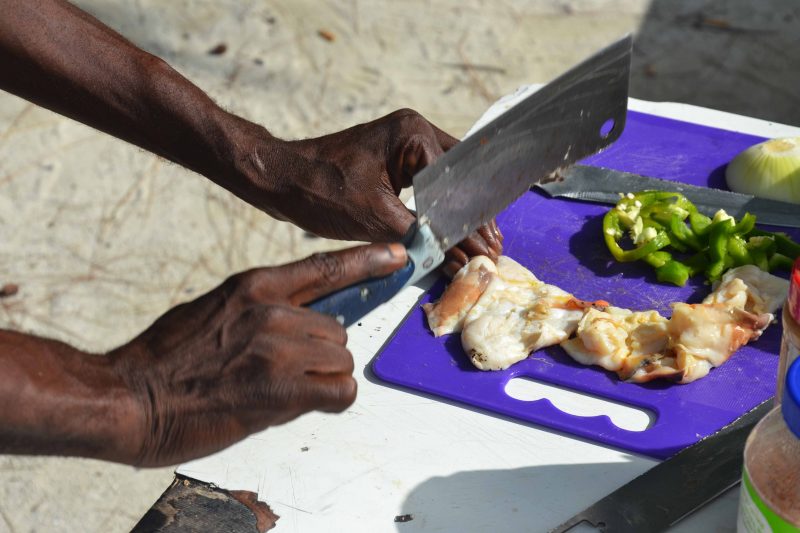 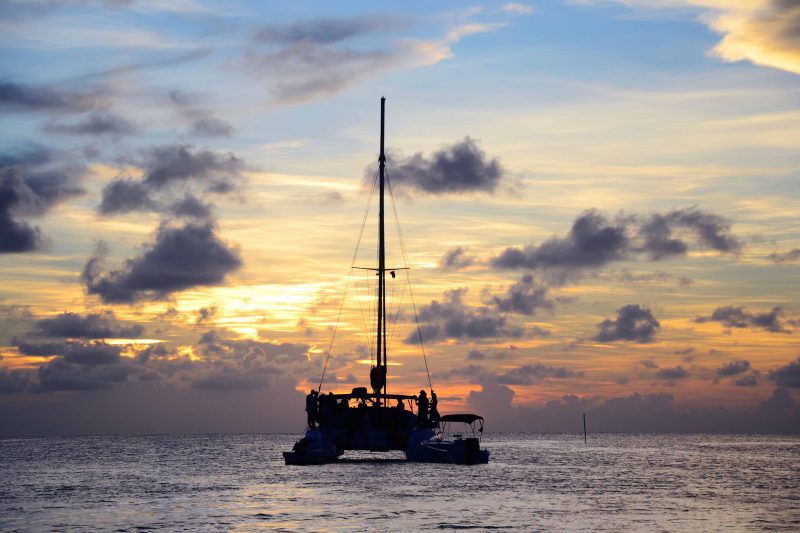 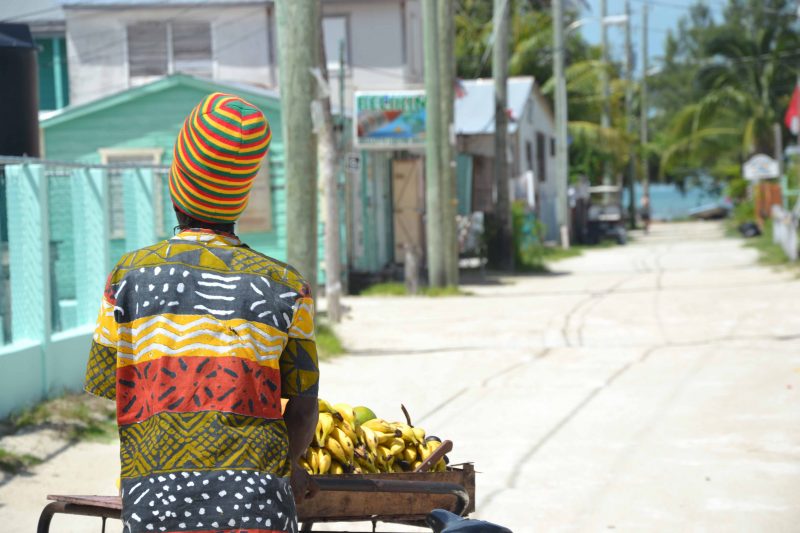 5 thoughts on “The Key to Caye Caulker Backpacking: Come Prepared”