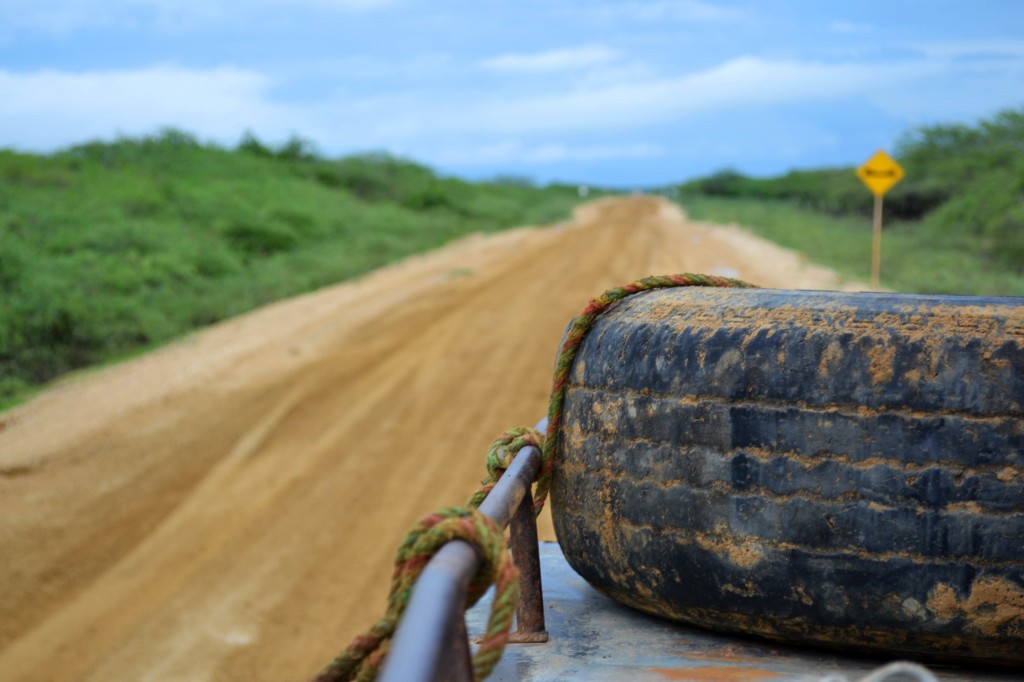 Cabo de la Vela, Colombia is not for everyone. In fact at times you’ll struggle to comprehend how it could be for anyone. The sketchy exhaust filled method of transport out there, the scarcity of basic commodities and the shortage of activities would have you doubting why you decided upon the long and draining journey out to one of South America’s most northern points. However rest assured, Cabo de la Vela is one of those true ‘journey not the destination’ type of stories.

For us, the original draw to Cabo de la Vela was the talk of the traditional indigenous land owners, the Wayuu, who are respectfully known throughout Colombia as being fierce battle warriors in the times of Spanish invasion. The Wayuu not only protected themselves, but they managed to save their territory from the faraway settlers. This makes their culture particularly interesting because they have been able to retain a little more originality throughout time.

The trip to Cabo begins by making your way up Colombia. From Santa Marta you’ll continue north past the famous Parque Tyrona, cruise through Palomino and Rioacha and then finally end up in Uribia. From here it’s the end of the highway; in fact it’s more or less the end of the road. In Uribia you’ll kiss goodbye to what you might not have considered a comfortable method of transport for a wobbly old 4X4 that will be your entry into this Wild West setting. 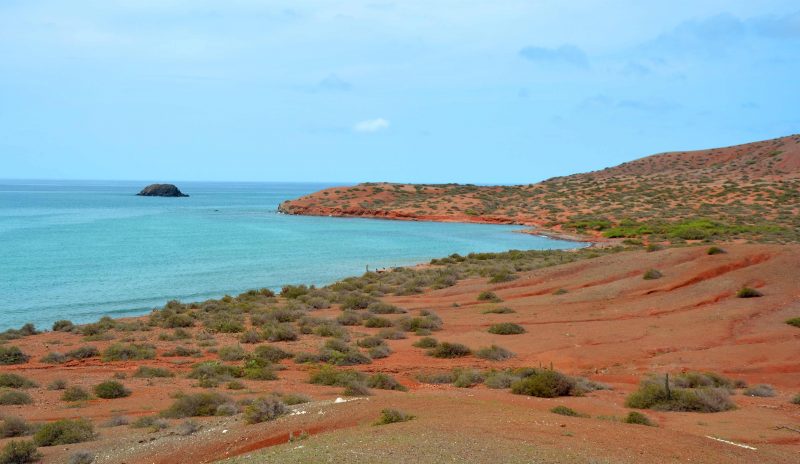 Over the next 4 hours you’ll bump along a half highway, hit the gravel and then finish up in the Caribbean outback. Depending on what time of the year you visit the chances are you’ll be slipping and sliding through the mud. The 4X4 coughs and splutters as it uses every last drop of energy to get out of bog holes and 3 feet of wet slosh. Along the way you’ll pick up and drop off an assortment of people, items and animals, but I’ll save that detail for the ride home.

The first time you arrive in Cabo de la Vela it’s nearing night, you’ve had a relatively brutal trip out there and you look to call it a night before exploring in the morning. If you’re on a budget then accommodation is your best friend in Cabo. Due to the government’s initiative to increase tourism to the region they have relaxed the laws on hospitality. As a result anybody can receive tourists into their home and this creates a plethora of hospedaje options. There are options for travellers not exploring on a shadow of a budget, but for the most part you can string up a hammock for $3. 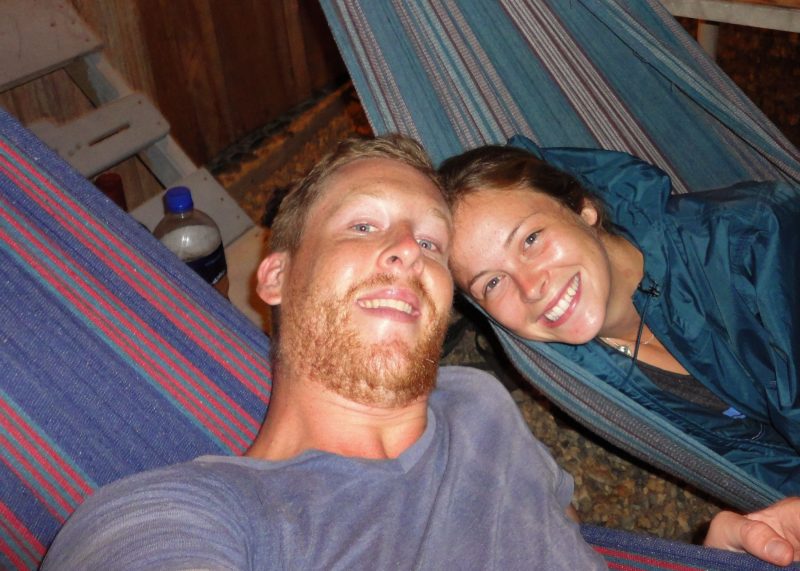 When you stay with locals you won’t find a kitchen to cook, but the Wayuu will cook you breakfast, lunch and dinner for a slightly higher price than what you’re used to. You save on accommodation, so it balances out and you have a few premier options. Lobster is a delicacy for around $15-25, which is expensive compared to most meals, but an absolute steal in comparison to other places around the world. If lobster isn’t on your pallet, or in your wallet, you can also grab a decent sized fish with salad and rice for $8-10.

Or perhaps you’d like to dine on one of the traditional dishes of the region. Chivo, Spanish for goat, is a local cuisine famous amongs the Wayuu for not only the abundance of goats they have wandering around the outskirts of town, but also for the preparation method. In addition to the tough overcooked meat of the goat you’ll be treated to the stomach and all the greasy fat that comes with it. It’s worth a try, but probably not a dish you’ll come back to. 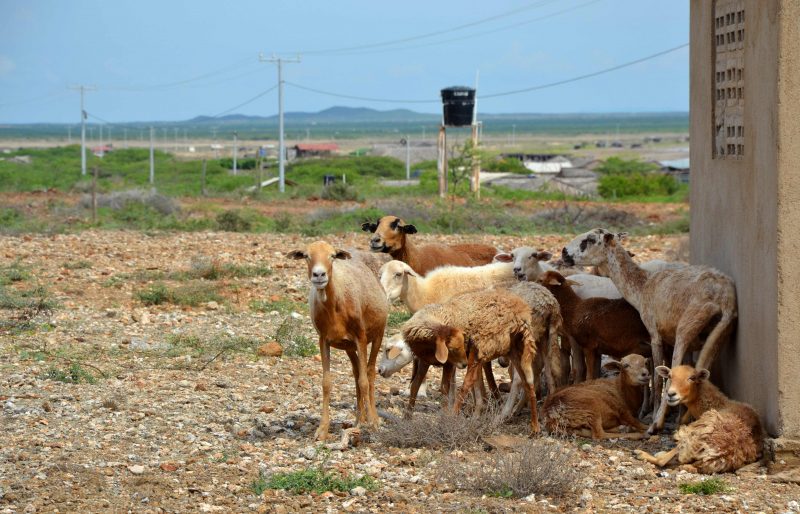 Once your stomach’s full, of stomach, you can set off on a very limited expedition of Cabo’s neighbouring activities. There’s a lighthouse out at the far point, however don’t get excited. It’s a very plain metal structure, however from this point at sunset you will get to witness some amazing scenery. It’s an ideal contrast of crystal Caribbean on one side, dry dusty desert on the other and a beautiful sunset that splits the two and sends out all kinds of colours. After the lighthouse point there are a couple of beaches in Ojo de Agua and Pillon de Azucar that are handy half day trips, but in comparison to other Caribbean beaches are nothing to write home about.

After a few days you’re ready to head back to civilisation. The novelty of showering in the ocean because you need to pay for water starts to wear off and you want a couple of ‘home’ comforts like a flushable toilet and some fresh fruit. You hail down the same 4X4 you arrived in at 3am. You’ll be packed into the back with the usual suspects; a man holding a chicken, 3 hogged tied goats at your feet and another 12 or so people crammed in. Along the way you’ll make some random stops in the middle of nowhere for new additions. Someone will take out a goat or add another one in, or if you’re like us you’ll get to experience 3 massive desert tortoises getting hoisted onto the roof and packed on top of each other before you continue on your way. 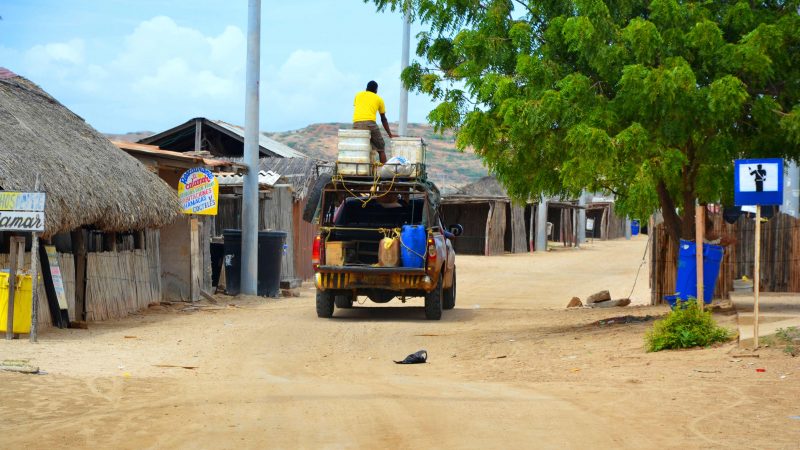 When you finally land in Uribia again the trip will feel like a whirlwind, but in the weeks that follow you’ll definitely look back on it as being a crazy adventure. If you’re in the area, have the time and feel like something different we would definitely recommend heading up to Cabo de la Vela. If anything it’ll be a great story to tell your friends!