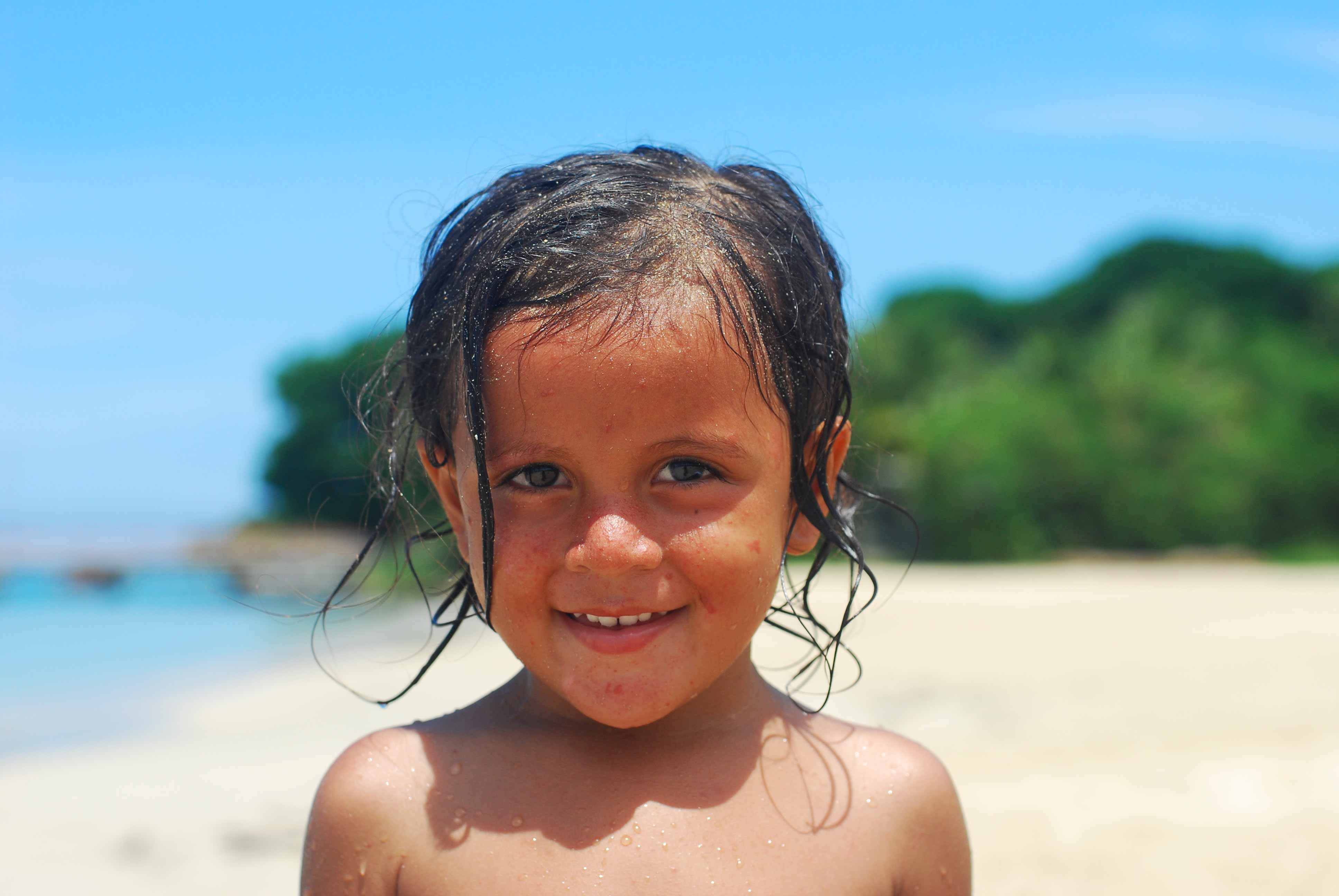 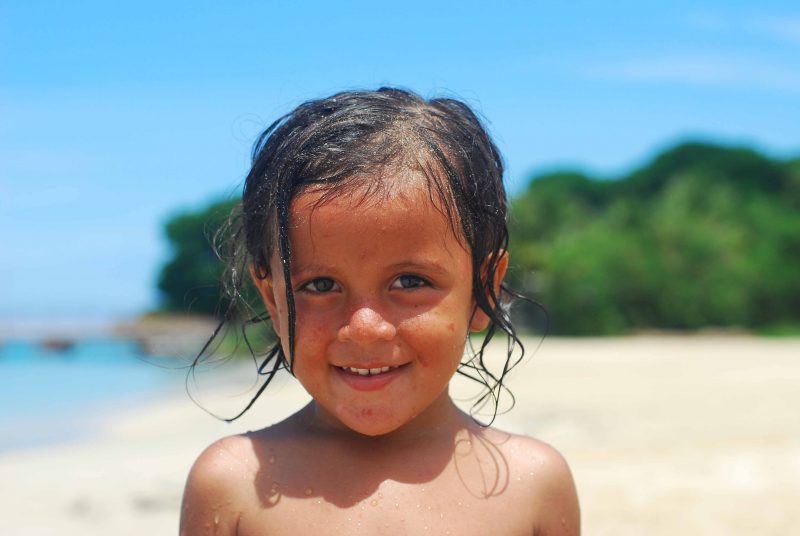 This little cutie is Milena. We met her family on our last day on the Corn Islands in Nicaragua. We were walking along the beach,  discussing the unfortunate fact that although we had really maxed out our beach time, we hadn’t connected with the locals as much as we would have liked. Of course, serendipity kicked in and we were called over by a flurry of kids splashing and giggling in the water. When we got into the ocean, the children immediately started crawling into our arms and using Jules as diving board to jump into the waves. They were also mesmerized by Jules’ huge red beard. On an island where a red beard is as common as a white Christmas, Jules’ facial hair received a lot of attention.

We did experience a first, however, when the kids starting yelling “Santa Claus” and tugged at his beard. They continued to affectionally refer to him as Santa and one by one sat on his lap to tell him their Christmas lists. Eventually their older sister declared it was time to go and all three children reluctantly got out of the water. We took a couple of snaps to remember our afternoon, then the kids each got in their last minute Christmas wishes before saying goodbye to Santa Claus.