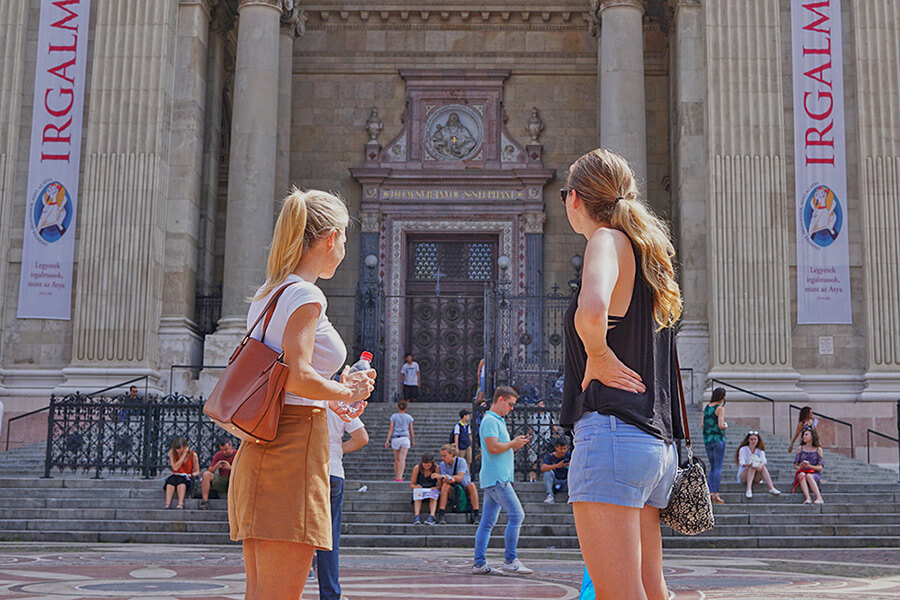 Budapest is a city of contrast. Formally part of the Eastern Bloc, the city is caught between its Western future and Eastern past. When we arrived in the city for the first time we were surprised to see just how metropolitan it was. Filled with cafes and restaurants, so trendy they would even make Melbournians jealous. But a sharp contrast to the hip, future-forward vibe is the city’s rich history that always surrounds you. The architecture itself is history lesson come to life. On one side you may have the classic pre-World War II incredibly ornate buildings, and just across the street a grey, life-less box of a structure from the cold Communist era.

While Budapest’s history visually manifests itself all around the city, it’s difficult to pick up on these interesting details if you’re unfamiliar with the context of Hungarian history. That’s why we decided to gain a greater insight to history of Budapest and Hungary by attending two city tours with Context Travel. Having had such an excellent experience with responsible tourism and Context in Colombia, we knew that the small group tours led by local historians would be perfect. We booked the Jewish history tour and the Communism in Budapest tour, looking to get a taste of different perspectives on the World War II and post-war history. 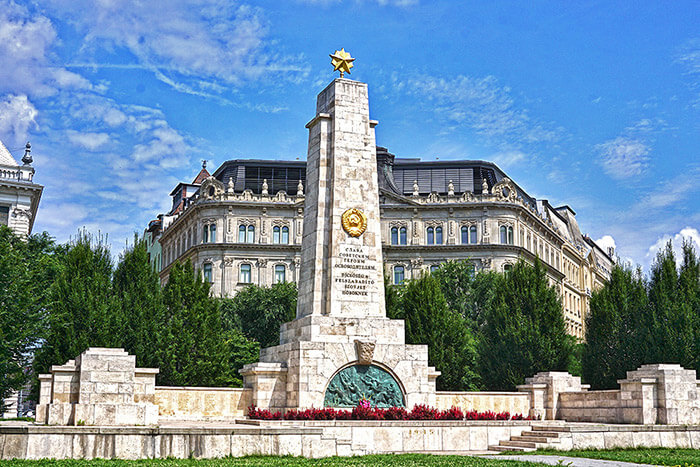 Our first tour was the Jewish Quarter Budapest tour and we met our guide Szonja in Budapest’s historically Jewish neighborhood. Context Travel tours are purposefully kept small to maximize your opportunity to speak with the guide, so the only other attendees on our tour were a middle age Jewish couple from New York. Beside one Jewish history class in college, Jules and I are pretty unfamiliar with Jewish religious history and culture, so we were definitely the newbies in the group. But that’s the thing about Context tours. Even if you don’t have any background knowledge on the subject, they are an amazing crash course into whatever topic your tour covers.

Expert Guides Who Know Their Stuff!

If you are familiar with the subject matter, even better. The tour will allow you to delve deeper and learn more than you ever could spending hours researching behind a computer screen. That’s because the tour guides are so damn knowledgeable. Take Szonja, not only does she have her Masters in Jewish Studies, but she also teaches at the Department of Assyriology and Hebrew at the ELTE University in Budapest. I don’t think there’s any question we could have thrown at her she wouldn’t have been able to answer. 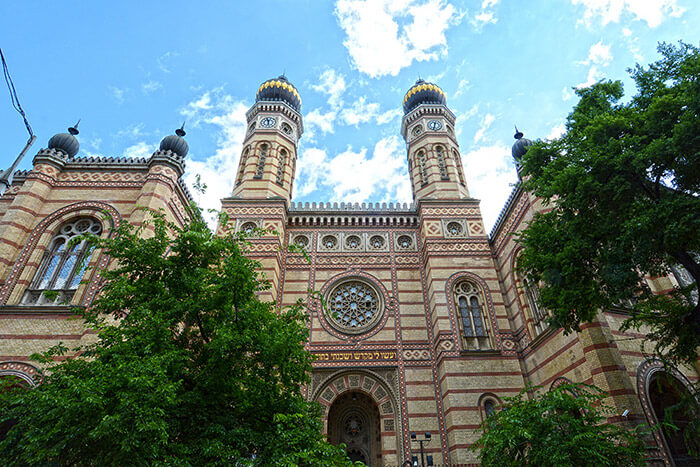 We began our tour at the Dohany Synagogue of Budapest. Szonja gave us a brief background into the Jewish history in Hungary. She expanded on Hungary’s involvement during the Holocaust. Hungary was one of the first countries to send Hungarian Jews to Nazi concentration camps before World War II. During the war, however, the Hungarian government cooperated with Hitler to avoid a Nazi occupation. Allegedly the government tried to play both sides of the fence between Hitler and Stalin. Hungary became a sort of island in the middle of Europe, not quite making allies with any of its neighbors. Szonja explained that because of this isolation, the Hungarian culture and language remained relatively uninfluenced by neighboring countries.

It’s interesting to think of this historical context when experiencing present day Budapest. The city now feels incredibly cosmopolitan, with thousands of international tourists shuffling through every day. It’s hard to imagine this place so closed off to the rest of the world. Then again, during our time in Hungary we read that the country had only recently put up a wall on its border with Serbia and Croatia to keep out immigrants. It makes you wonder how much has changed. 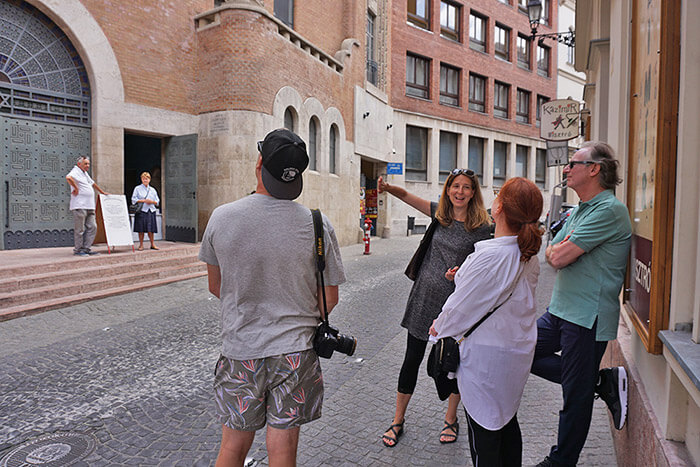 Budapest’s Past and Present

Learning about the atrocities of the holocaust is always a heavy subject and certain parts of the tour left us in quiet contemplation, wondering what I assume many people think about the holocaust, “how could this happen?” Especially difficult to witness was the mass grave outside the Dohany Synagogue, holding more than 2,000 bodies of Hungarian Jews. Outside the Synagogue is a sculpture depicting a weeping willow tree, with leaves dripping down from its branches. On each leaf is a name and number of someone who died or disappeared during the occupation. 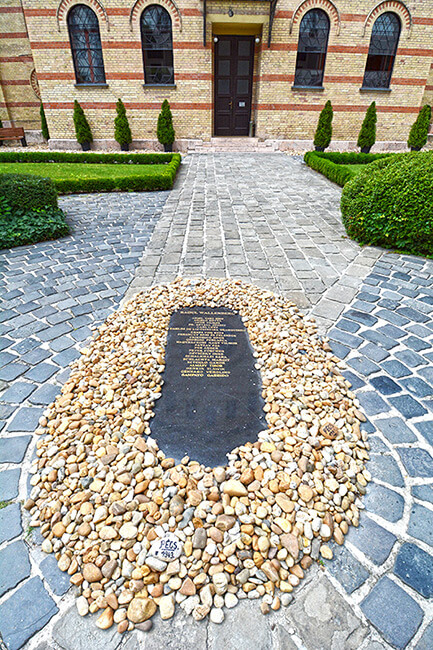 After the Dohany Synagogue, Szonja took us through the Jewish Quarter. Due to its history as a Jewish slum, the neighborhood was run down and derelict until recently. Szonja describes it as the area of town her parents wouldn’t let her walk through as a kid. Like many sketchy neighborhoods around the world however, the Jewish Quarter of Budapest is an up and coming area that hipsters, Hungarian and international alike, are flocking too in hordes.

Cafes serving fair trade coffee and bars offering local craft beers are popping up all around the area. But Jewish history of the area has not been forgotten however, as the neighborhood still has many synagogues and it is common to see traditionally dressed orthodox Jews.

Despite the heaviness of the subject, Jules and I left the tour feeling much more aware of the city’s past, and reminded of how important it is to learn the history, both good and bad, of the places we visit. Although the tour was specific to the area’s Jewish history, we felt that it was a good primer for understanding the greater historical context of Budapest and Hungary. 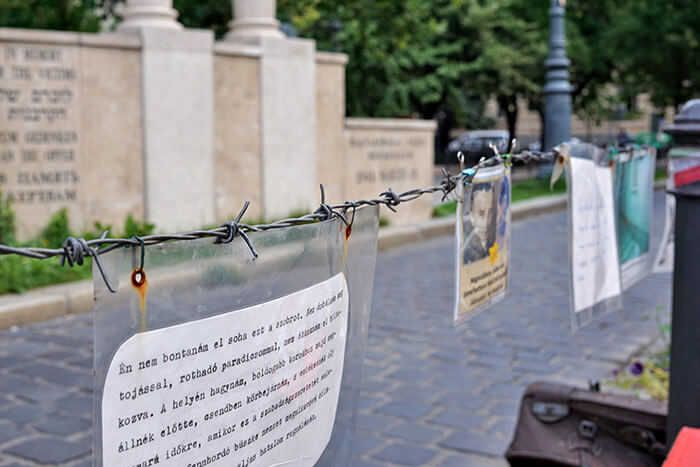 Learning from this tour also gave us a useful background for the Communist Budapest walking tour. This tour was focused more on Budapest’s history after World War II. As Jules and I were the only ones on the tour, our guide, Kata was very happy to customize the walk to our interest and prior knowledge. She took us through a comprehensive tour of Budapest from Gellert Hill to Felvonulasi Square.

While Kata was extremely knowledgeable about the city, we really loved having her as a tour guide because she was very honest and open about her opinion of the city. Romanian by heritage, she shared with us the tension between Romania and Hungary. Romania was once part of Hungary and there is a small, but passionate, group of Hungarians living in Romania that still don’t identify as Romanians. In fact, the Hungarian government has vowed to reclaim the land of Romania as Hungarian land. 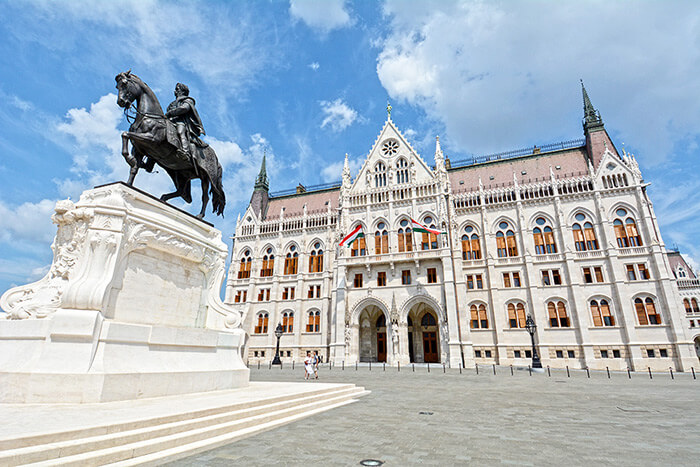 Kata gave us a descriptive background of the Soviet occupation following World War II. Using the local architecture as a visual history book, Kata also explained the oppression that followed after the war, right up until communism formally ended in Hungary in 1989. Perhaps most interesting was Kata’s first hand accounts of growing up with an oppressive communist government. She recalled the fear of speaking out against the government because it wasn’t uncommon to hear of people “disappearing.”

Kata pointed out fascinating details along our route through the city, including the Postal Savings Bank designed by the famous architect Odon Lechner. Lechner was the epitome of an aristocratic snob, choosing to make the most beautiful design of the building on the roof because he believed only the birds were worthy of seeing it. 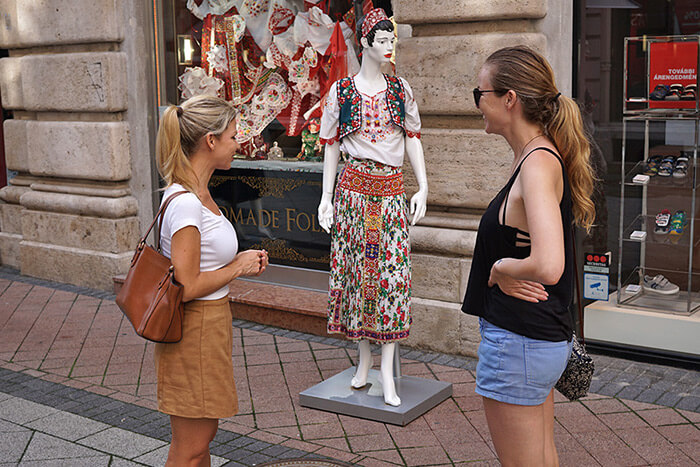 Another interesting building was the Ministry of Agriculture and UN Headquarters building, where a group of students led an anti-communist protest in 1956. The story goes that the students had received a promise of support from the US government, but when the protest happened, US forces did not show up and the students were massacred by the Soviets. From the outside of the building you can see bullet holes still intact from the tragedy.

What We Never Would Have Learned Without a Tour

One of the most interesting parts of the tour was the controversial German occupation memorial in Szabadsag Square. The memorial depicts a bronze eagle, representing Germany, with a tag on its talon that says “1944,” the year of the Nazi occupation in Hungary. Beneath the eagle is the Archangel Gabriel standing proudly, representing Hungary. The monument represents Hungary’s freedom from the repressive Nazi occupation. However, the statue is controversial given Hungary’s early involvement in sending Jews to concentration camps and the government’s cooperation with German forces. 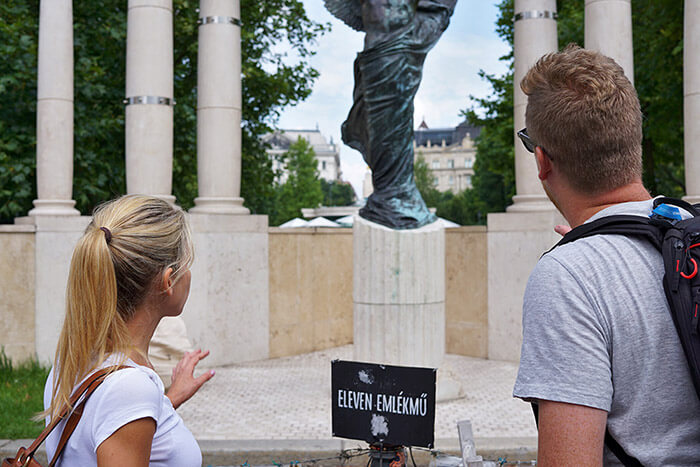 A counter-memorial has been set up in protest of the Hungarian government’s denial of their participation during the war. The pubic has set up signs of protest including papers with information detailing the truth of Hungary’s involvement in World War II. They also have items and keepsakes from victims and survivors of the war. However, with more information from our guide, we were able to get a better understanding the dialogue and frustration on behalf of the public at the Hungarian governments refusal to acknowledge their cooperation with German forces.

Kata told us that everyday people come to the memorial around 6pm to protest about the false representation of the statue. Upon first glance it seems that the monument and counter-protest may be a part of one demonstration, a memorial to the victims of WWII. This deeper level of understanding the local history through expert guides like Kata is why we love taking Context Travel tours all over the world: we always leave feeling enlightened and with a greater connection to the destination. 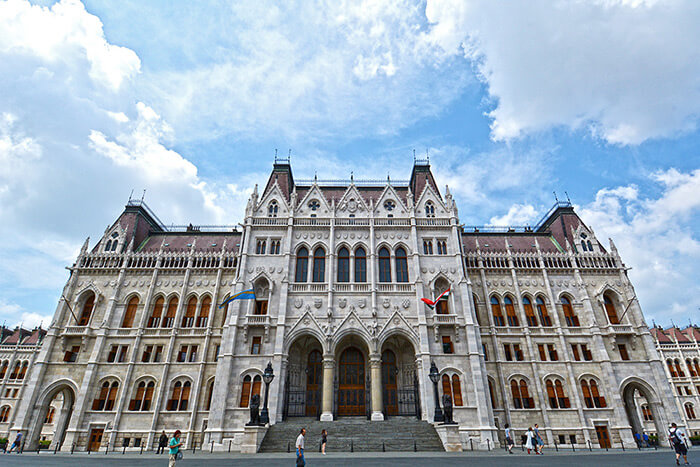 Both Budapest history tours, the Jewish history tour and Communism in Budapest were perfect primers for our time in Budapest. It shed a new light on the city through a greater understanding of the tumultuous past and present tension between the people and the Hungarian government. If you’re thinking about visiting Budapest for a holiday, or if you’re planning on living in Hungary, these tours will set you up with a deeper understanding on the country and allow you to appreciate it a lot more.

4 thoughts on “Best History Tours in Budapest: Why a Tour Makes a Difference”