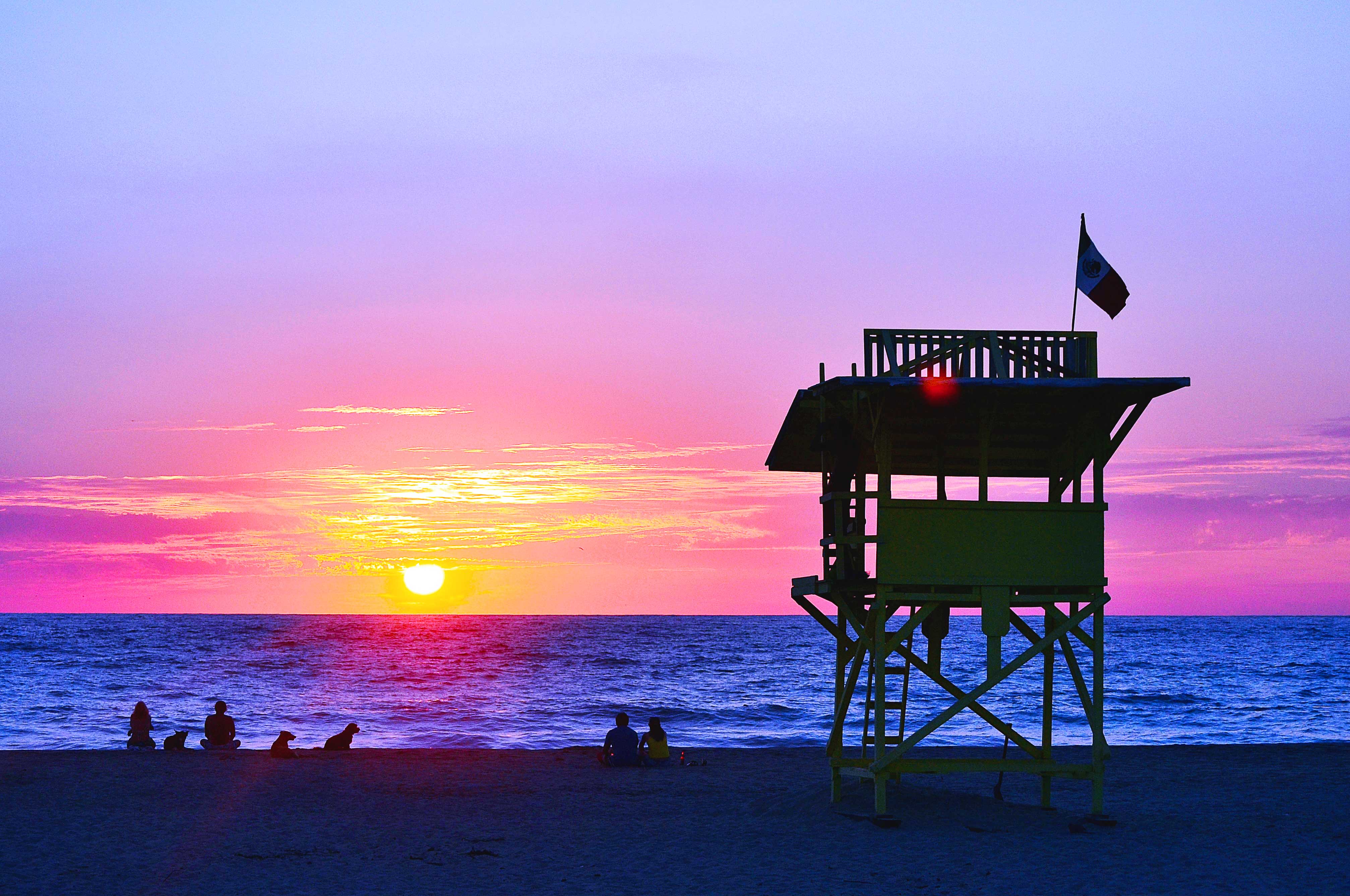 You’re sitting in your stuffy office, with an ever increasing workload to complete and it’s only just ticked over to Wednesday. From this position it’s pretty easy to find yourself day dreaming the time away wishing for some remote beach location where you can pack it all in and start up a new life. At least until the unpaid bills you’ve left behind threaten to turn into a lawsuit. You picture yourself on a beach in Mexico somewhere, diving through the tropical waves, sun baking to dry yourself, sipping cheap cocktails and eating your way through some fresh tacos for a fraction of the cost of living you’re used to. It’s time to become a Mexican beach bum!

In your day dreams you don’t worry about deadlines, staff meetings or presentations. In fact your whole concept of time has changed to suit your new beach haven. A watch becomes an constant reminder of how time dictated your former life; so you stop wearing it. You throw away your alarm clock and replace it with the horde of roosters that will no doubt wake you up at the crack of dawn. If it’s not the roosters waking you, then it will definitely be the guy selling tortillas with the catchy jingle he blasts from his motorbike.

Your morning routine consists of swimming at the beach in the morning before it gets too hot or exercising, which depends on your level of activity the night before. You adopt the Mexican way of life and embrace this ‘siesta time’ that everyone’s talking about. Between the hours of 11am-3pm you do little to nothing. You might lay in a hammock and read, start work on that book you’ve always wanted to write or fine tune your cooking skills, but you don’t do anything too strenuous. That’s the only way to deal with the, at times, inescapable heat.

By the cooler evening you’re refreshed from a lazy afternoon and it’s time to embrace the second half of the day. You have a couple of options for the afternoon’s activities. You can take a walk along the ocean to watch the sunset in the late evenings. Maybe find a little spot up on the cliffs, or around the rocks, to quietly enjoy nature’s finest muralist paint the sky in rich strokes of pink, red, yellow and orange. If you’ve seen enough of the beach for the day and prefer a more refreshing wind down you can head to one of the many restaurants that line the white beaches. You opt for a cocktail in the comforts of a front row seat to the sunset with a local band covering all the Mexican classics in the corner. Your nights can consist of anything from outdoor beach movie screenings, salsa dancing or singing Mexican drinking songs in some dive bar, wearing a sombrero with the new local friends you met over a bottle of Tequilla. There’s something for everyone in Mexico. 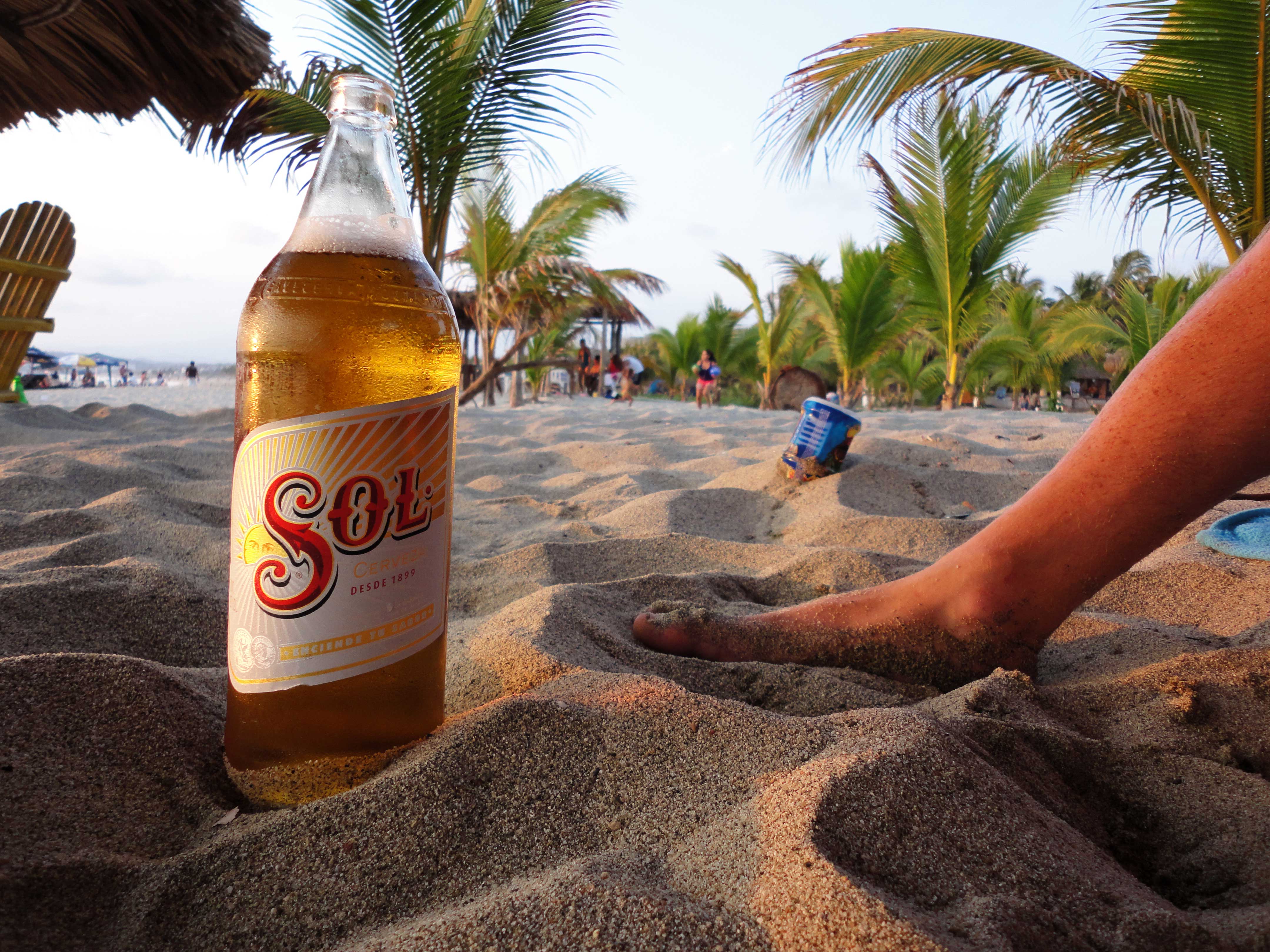 In between jobs? Thinking of a career change? Looking to find yourself? Got some extra holiday time banking up? All great reasons to get out and experience something you might not ever get to do again. But before you go here is a simple beginners guide for the do’s and don’ts to deciding upon your new beach life.

… your research and find out what location suits you best. Check the weather, avoid the rainy season in Mexico and stick with the endless summer. If you’re a keen surfer keep away from the well known spots because you’ll be doing more fighting for waves among the locals and learners than the seagulls do for a stray fish.

…send postcards to all your former colleagues and family members. Resorting back to the old fashioned snail mail will really show them how much time you’ve got on your hands. Let them know you’re having a blast and make them jealous, even if you don’t exactly know what you’re doing with your life.

… pack enough sunscreen to last the trip. At an extortionist price, sunscreen is more expensive than going out for a big night on the town. After coming out of hibernation from your office you’ll need it unless you want the local fisherman to mistake you for a giant lobster.

… get a little bit of Spanish under your belt before leaving. Something more than dos cervazas por favor. Not only will it make it easier to negotiate prices, but it will enrich your cultural learning of an amazing country. You will be appreciated among the locals a lot more for even trying. 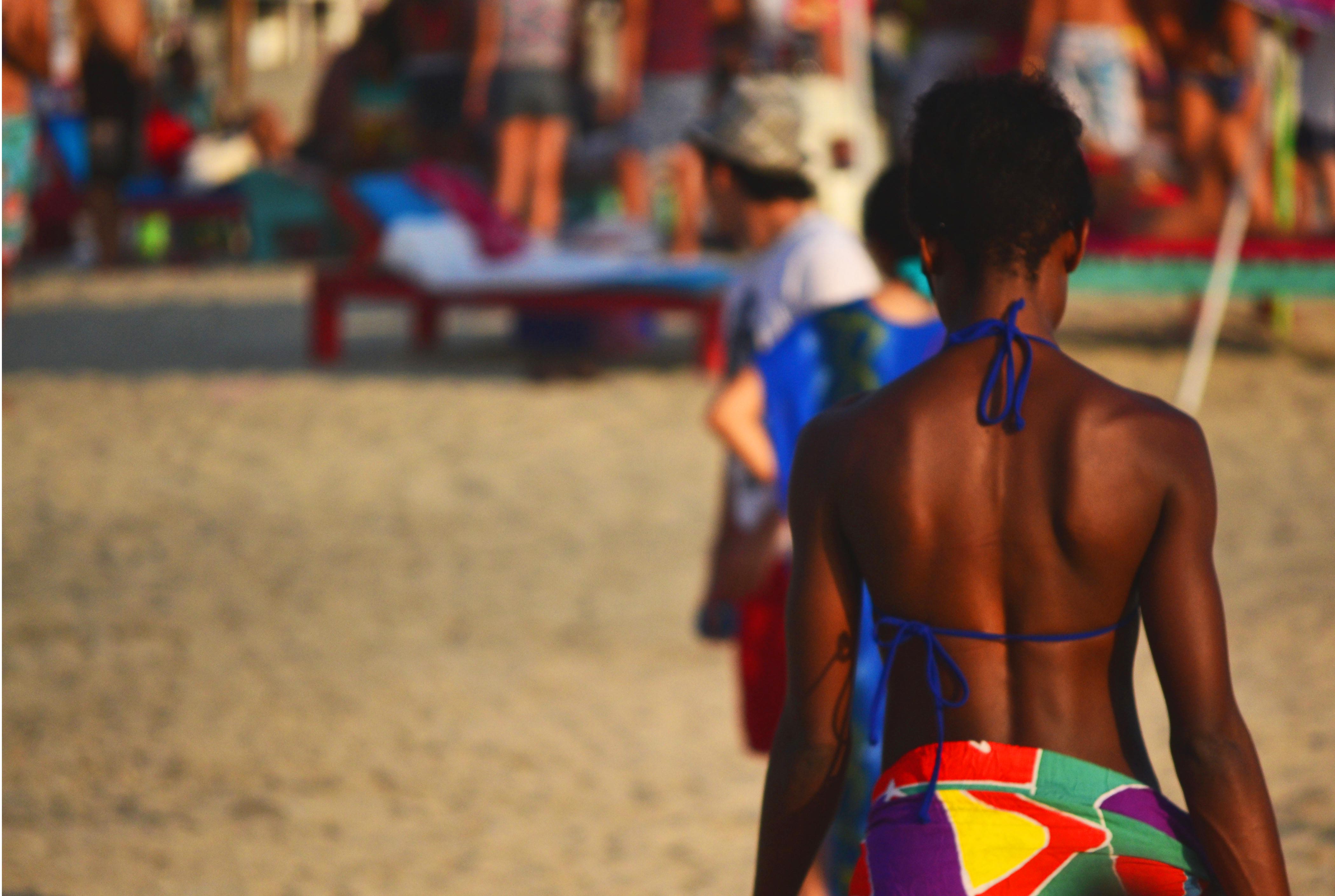 …. go somewhere super toursity! The constant influx of the masses will become tiresome and overbearing to your new relaxed life. It’s OK for a small break to let your hair down at these spots, but a long time will grind you down. Your favourite restaurant will become a beer pong tournament hotspot at night just to make an extra peso and your uncrowded sunsets will clog up with older European men wearing less than you’d prefer to imagine.

… get stuck in a beach town for too long that you lose touch with the outside world. Whatever happens, don’t turn into a scruffy Mexican beach bum hippie that makes handicrafts out of wire and feathers by the beach. Leave the handicrafts to the locals and let them earn the odd peso from the travelling tourists.

… worry yourself about what you might be missing back home. Think about all the awesome things you’re doing now. Sometimes people’s lives pass years without anything significant happening so a few months won’t hurt you being out of the loop. You miss a music concert here, some birthdays, maybe even Christmas, but really it’s not going to be the end of the world. Christmas will come round again the same time next year and people will always get get older.

At the end of the day it’s your beach adventure so choose what you’re looking for and don’t look back. Outrageous beach parties dot the Mexican coastline all the way from the north western locations of Tijuana to the south eastern peninsula spots at Cancun. Between the parties isolated beach retreats sneak their way into the mix for quieter getaways of relaxing and personal time. Reference these do’s and dont’s as your starting block, but continue to build on them to create the Mexican lifestyle that suits you best.

2 thoughts on “Becoming a Mexican Beach Bum : The Do’s and Don’ts”