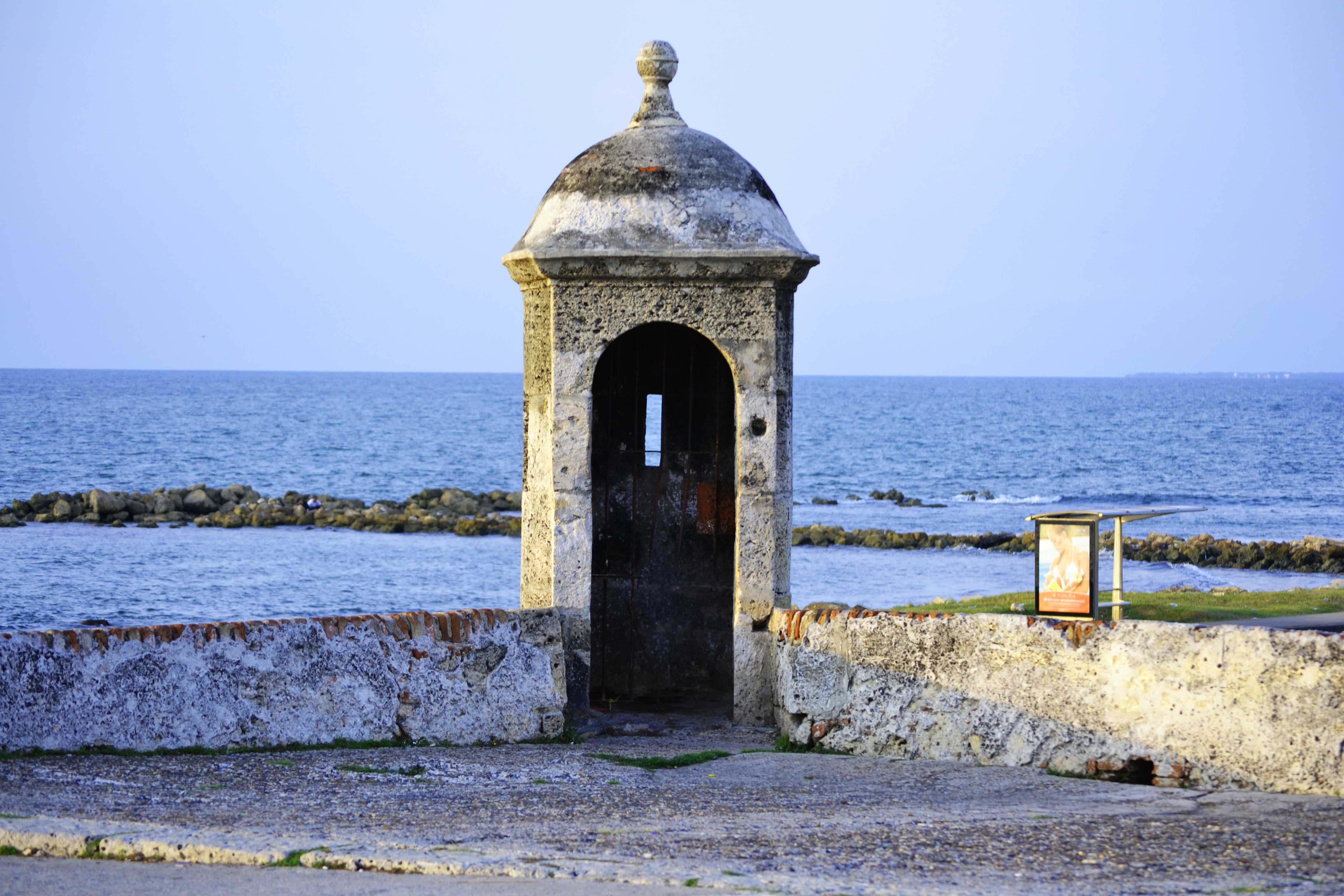 Cartagena, a city rich in historical past and cultural beauties. It had been over 2 years since I last visited, but immediately I was brought back after seeing the hustle and bustle of downtown, the beautifully restored colonial building and the picturesque wall surrounding the old city that tells so many tales of pirating and pillaging.

My first time backpacking Cartagena was back in early 2010. I crossed from Panama City in a tiny propeller driven plane in the middle of the night. You can also cross by boat from Panama, or there are a lot of ways to travel to Cartagena from within Colombia. At the time I, like many travelers, had slightly bought into the hype of Colombia’s dangerous reputation. I’d heard about the sketchy past and was definitely hesitant at the beginning, but all that quickly dissolved when I was met by some warm Colombian hospitality. 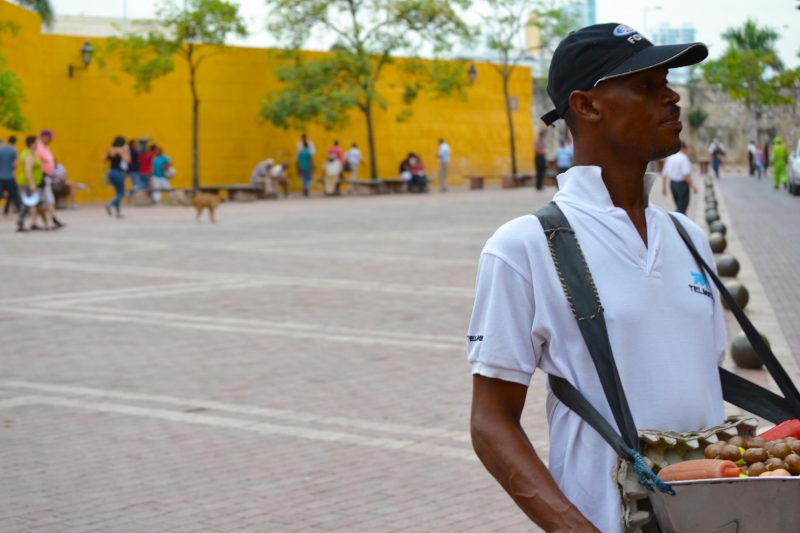 On my first day I met a very friendly, and fidgety, guy on the street who introduced himself as Super Mario. He described himself in third person with a boastful tone. From the way he puffed out his chest and had an ever alert eye I could tell he had an air of confidence that matched his street experience. After a brief conversation the topic quickly turned to his local resourcefulness. He assured me there was nothing outside his reach, and I didn’t doubt him for a second. He proved pretty useful when he pointed out a cheap hostel and nice place to eat, but I gratefully declined his recommendation for a local whore house.

While this specific brand of Colombian hospitality is something I would encounter many more times throughout my travels, it is in by no means a reflection of Colombia as a whole. The people are extremely welcoming to change and are working hard to reestablish a positive reputation. Colombia is a country progressively moving away from it’s past and into the future. 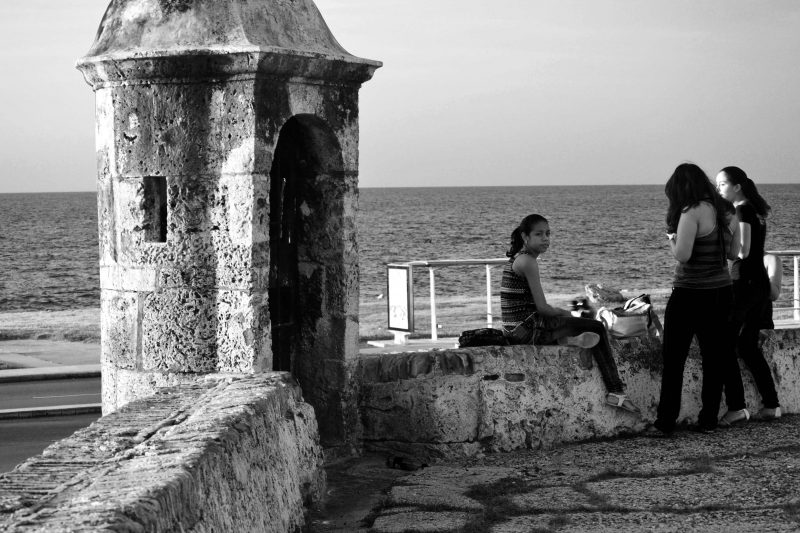 And speaking of history, why not a little on Cartagena. Back in colonial times Cartagena was, for the Spanish conquistadors, the most accessible sea port established in South America. They relied heavily on the port for capturing and colonising the continent and also as a vital storage point for all the treasures they were acquiring before shipping them across the Atlantic. The protection of Cartagena was paramount for the Spanish in order to safeguard the masses of gold and jewels they had pillaged from ancient indigenous cultures throughout the continent. From huge Incan civilisations to smaller tribal groups, the Spanish were laying their claim to this literal goldmine for exportation.

For this reason the Spanish constructed a massive stone fortress wall that spans across the sea front to protect the inner city from opportunistic pirates. These days la muralla, the wall, is undoubtedly one of the cities main drawing attractions as visitors come from near and far to take a walk through history. You can walk on top of the wall, spanning several meters wide, and take a cruise around the water front. Fresh sea breeze blows over the wall and you get a taste of salt in the air. The uneven stones beneath your feet add not only to your precaution, but also to the wall’s architectural authenticity. Small weeds grow between the cracks before machete wielding men come to maintain the wall in pristine condition. It’s a perfect panoramic view of the old town that waits below the secure stone.

The wall isn’t the only historical link to the city. I didn’t need to go far to witness some of the other cultural insights of past to present. In the north of Colombia the Caribbean influence is strong. Mix that with the assimilation of African workers during the colonization times and it creates a rich diversity of multiculturalism. With these cultural infusions I got to experience an amazing array of new sights, sounds and smells. 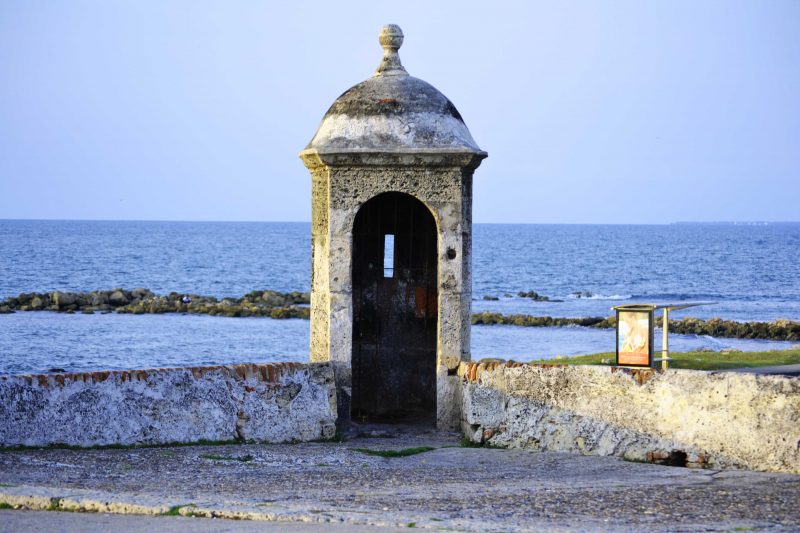 For my first couple of days I ventured into the streets and got lost in the twisting and turning cobblestone alleys that make up Old Town. Days would be spent exploring interesting museums, architecture and cafes to pass the time. The sound of African drum beats echoed through the city walls as barefooted dancers performed for onlooking crowds. At night I would find hidden plazas amidst the maze of streets and sit among the crowds to watch people go about their business. Live music saturated the dim lit streets as old men gathered to play chess and chat about the latest football results. Local kids started a lively football match in the middle of the plaza, dodging and weaving the smaller niños eager to join in. The smell of marinated meat wafted through the plaza as street vendors barbecued from the nearest corner.

Whether it’s fine dining at expensive Spanish influenced restaurants, or a quick hotdog on the corner, there is always something delicious to find when backpacking Cartagena on a budget. Before my recent switch to vegetarianism my go to snacks were anticuchos, marinated beef heart skewers, that you could taste from a mile away. Those days might be over, but its still a flavor that is deeply rooted in my taste buds. Even thinking about it now takes me back to those sultry nights, drinking a beer in the plaza, chatting the night away with people from all walks of life and munching on a bit of beef.

6 thoughts on “Backpacking Cartagena: It’s a Pirate’s Life for Me”