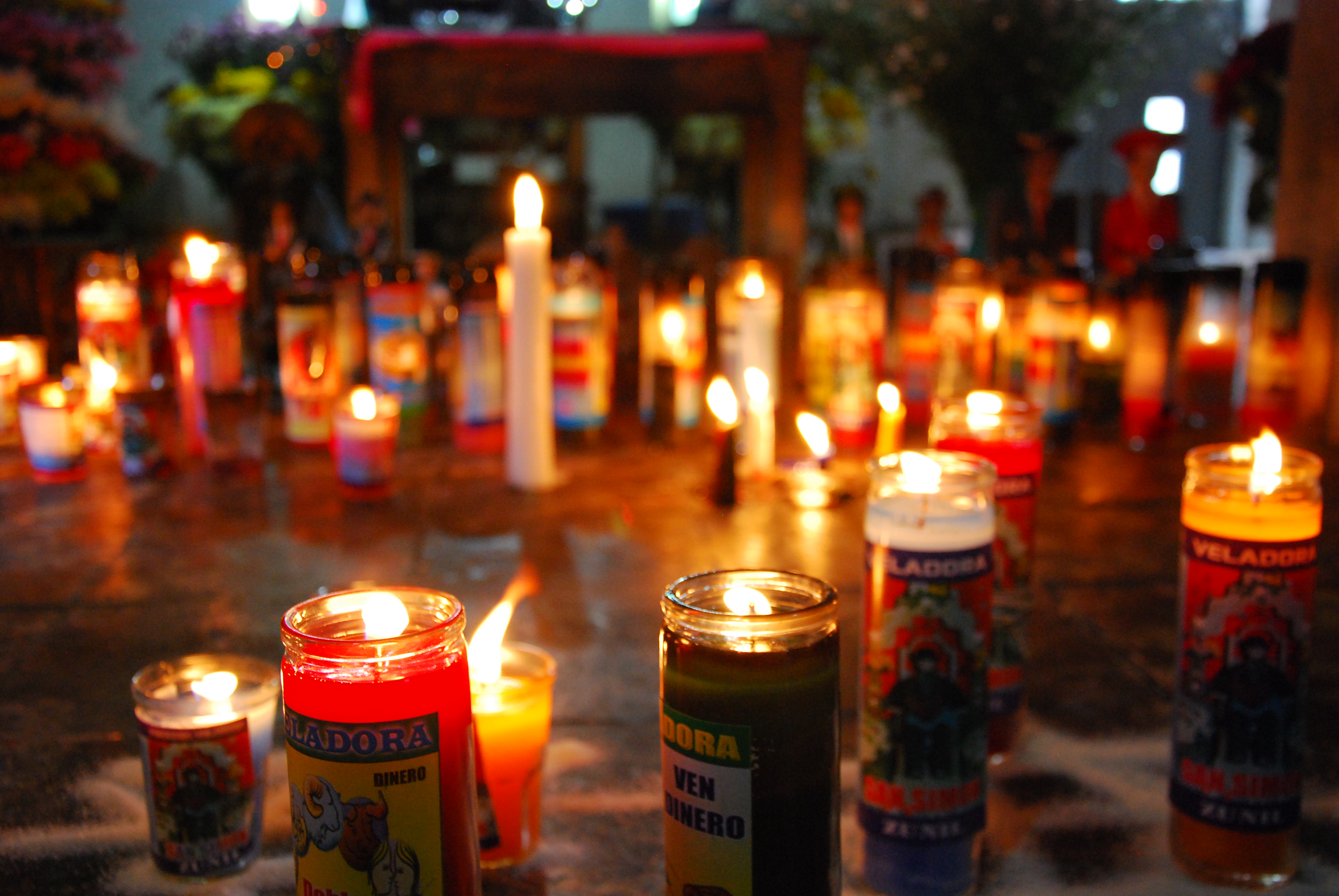 Before I left for backpacking South America in 2012 I had a small, but determined, bucket list. Getting to Rio for Carnival (without going completely broke), check out Foz de Iguaza, swim in the Caribbean in Colombia and trip balls in an Ayahuasca ceremony. Kidding! Well, kind of. I told my friends about my desire to try this mystical jungle plant, painting a picture of fire-lit ceremonies out in the Amazon, guided by an authentic indigenous shaman who would take me on a wild ride through my psyche. I Googled the hell out of it and when I finally got to South America I got first hand accounts from other travelers. Turns out Ayahuasca is a pretty common South American travel bucket list item. I heard stories of spiritual awakenings, hallucinations and vomiting, lots and lots of vomiting. 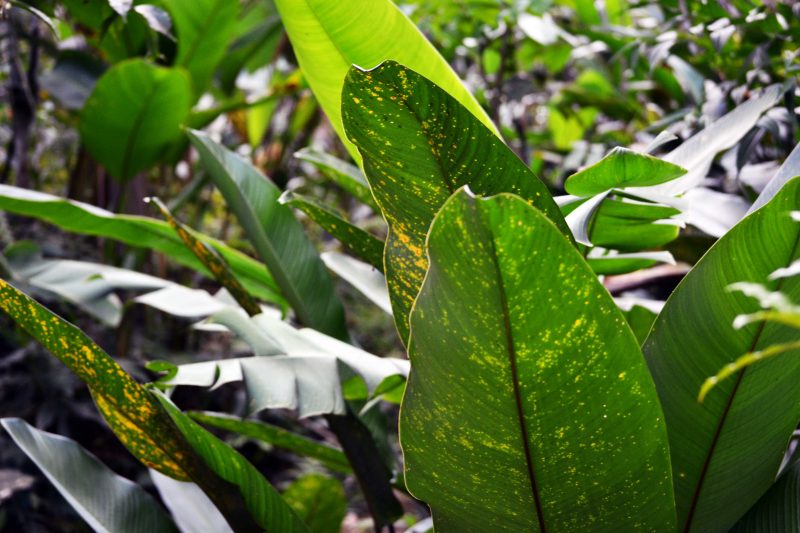 Ayahuasca is a brewed mixture of various Amazonion plants. It’s Quetchuan for “vine of the soul” and has been used by shamans for hundreds of years to cure almost every ailment. It’s said to be able to cure everything from cancer to mental illnesses. What I was hoping to cure, I still wasn’t sure, but I was hoping Ayahuasca could identify something inside of me that needed to change, hoping that afterward I could feel somehow lighter.

Where are Ayahuasca Retreats in South America?

So after my trip to Macchu Pichu, I crossed the Sacred Valley into a small hippy town called Pisac. The location of the ceremony was behind a beautiful two-story house. A group of cabins (for those doing week long or even month long retreats!) were grouped around a small dome structure, where the ceremonies take place.

The dome was a bit like a giant igloo, with a entryway in front to leave your shoes and belongings, and behind the door a big circular room. Comfy pillows lined the edge and pictures of Ganesha & the Dalai Lama hung on the wall. When I walked in, I grabbed the pad and blanket that each participant takes to their seat. And the vomit bucket, can’t forget the vomit bucket.

The room began to fill up with a variety of people. Young, old, gringos and Latinos. A group of white people, mainly Americans made up the majority. They all seemed to know each other and had obviously done this before. They entered in couples or small groups, most wearing woven ponchos, each one more elaborately designed than the last. They weren’t exactly the native Peruvians I had hoped to be surrounded by at the Ayahuasca ceremony, but whatever. They chatted about upcoming parties and previous Ayahuasca trips until the shaman called our attention to start the night.

On several recommendations I chose Diego Palma as my shaman. The ceremony started at about 9. He began by asking who the newbies were and we all shyly raised our hands. He also asked the group if anyone was taking prescription medication, to which I even shier raised my solitary hand. All 29 heads turned in my direction. He asked me what I was taking and I reassured him that his wife had emailed me with approval of my medications. He seemed to be happy with this answer, but I was left more nervous than ever and my thoughts started to race. Dear God, please don’t let me die in this dome shaped room full of hippies in overpriced ponchos.

The ceremony began with the shaman thanking the spirits and asking them to guide the ceremony. His started a type of sermon, guiding a theme for the ceremony.  He discussed the importance of silence, both during the ceremony and in life afterward. We were told that Ayahuasca is a very solitary medicine and were instructed not to interfere with anyone’s journey. He explained that our end goal is to be in a state where we didn’t have conscious thought, but let our unconscious take over.

One by one we were directed to come up to the front and sit in front of Diego, the brew of Ayahuasca between us. At this point we should have had an intention in mind; a personal problem or theme we want to focus on. When it was my turn I nervously slinked up to the pillow. The shaman looked at me, sizing me up, then poured a bit of Ayahuasca into the cup. I stared blank faced back at him, completely unsure of anything at this point. He continued his gaze and poured a bit more into the cup. Then he handed it to me and I held the cup to my heart and closed my eyes, mimicking my predecessors. I tried to focus on my intention fighting off last minute nerves, and croaked out “Causaypaq.” A toast meaning “to life.” No backing out now, I thought, and swallowed the liquid in one gulp. It tasted like rotting seaweed and the flavor consumed my mouth and sinuses.

I shook my head and tried not to gag on the way back to my seat. I closed my eyes and tried to let myself go. I found myself searching for a sign that the medicine has kicked in. I took every passing thought as the start of a hallucination. My stomach burned and I could feel the brew rising up in my throat. I breathed and try to relax.

About 15 minutes later, although I don’t think my sense of time was exactly on point, the shaman said it was time for seconds. He previously instructed that anyone who was still thinking conscious thought at that point, should come up for more. I wasn’t sure what I was supposed to be feeling at that point, but I didn’t feel like I was starting my path to spiritual healing. So I waited my turn and scooted up in the dark for another cup.

Shortly after my second drink I began to feel a very physical high. I started slouching further and further into my cushion until I was pretty much laying down. I felt like a strong gravitational force was pushing me against the wall and down to the ground. It felt like I was traveling through space at light speed and the momentum had thrown me to the back of my spaceship. Was this the emotional weight of my demons I was meant to breakthrough? I wasn’t sure and at the time I didn’t care because I was thrown into an instant state of euphoria. I was completely in the dark but I knew I had a ridiculous giant grin on my face. 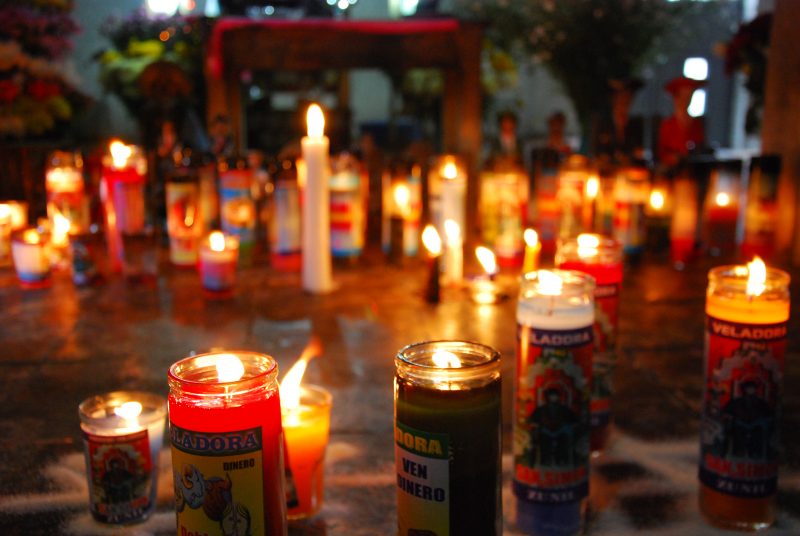 Do You Vomit During the Ayahuasca Ceremony?

My nausea, however, hadn’t kicked in yet. I felt ecstatic and started thinking about all the amazing people in my life. My mind started running through a list of all the friends and family I missed from home and wished they were there. I thought about how much I loved my (then fairly new boyfriend) Jules.

Then the nausea started. At the beginning of the ceremony our shaman had said that nausea was expected. Vomiting was the expulsion our demons, but he mentioned that we shouldn’t force it. If it happened, it happened, but we should definitely not stick our fingers down our throats to coax it. With that in mind, I laid on my cushion with my stomach churning. I pulled the bucket up to my face a few times, in hope of some relief but it never came. I sat in an uncomfortable state of nausea, but was comforted and a bit jealous of my fellow Ayahuasca takers vomiting all around me.

The next hour or so (again, my sense of time was probably drowned by the brew) I spent in a weird dream state. Honestly, I might have fallen asleep. It was around midnight by that point and I had barely eaten anything all day.  I think I fell in and out of sleep, although the Ayahuasca induced a sort of dream like feeling. I began to hallucinate a bit of geometric, fractal images.

Then the shaman and some other participants who had brought musical instruments began to play in the dark. The songs, many in Quechuan, we’re beautiful medicine songs. The voices of the participants were stunning and I let them guide me through the rest of the night.

Soon some candles were lit in the center and the music became livelier. A group of three women came up and danced. They moved their bodies to the music and their fluid movements flashing in and out of candlelight triggered more hallucinations. I saw more intense fractals projected onto the curtained wall in front of me. I laid back and fully enjoyed being a spectator to the impromptu performance without any pressure to participate.

Eventually the music transitioned into a soft lullaby and people started to fall asleep. I slept restlessly, transitioning between dreams and Ayahuasca strangeness. In the morning I could hear several people packing up their cushions, but did not have the energy to fully awaken. I dozed until I heard the sounds of something scraping against the floor near me, the sounds coming closer and closer. It sounded like it was about to approach me, then stopped, moved to my other side and continued. Was I still hallucinating? I poked a cautious eye from beneath my blanket to find the room empty except for my heap of blankets and a cleaning woman sweeping the floor.

I checked my watch and saw that I had slept until 10:30 and everyone had left. Embarrassed I folded my blankets and thanked the very impatient looking cleaning woman. My eyes were still playing tricks on me as I found my way to door. A small group was lingering outside and I can only imagine how I looked to them, my eyes bugged out searching for a returned sense of normalcy. I tried to ignore the geometric patterns I was seeing in the grass while they asked me how my first time was. Clearly I wasn’t fooling anybody. They were seasoned veterans and noted that the previous nights ceremony was one of the best they’d ever experienced. I had nothing to compare it to but was glad to hear the shaman was one of the best.

I reunited with my friend, who had been in the shower, to wander back into town. After not eating for almost 24 hours I was unstable on my feet. We grabbed a collectivo back to Cusco and then hopped on a bus back to Pisco. The whole day I felt shaky and odd, but wasn’t sure I had experienced a true spiritual healing. Overall, it was a far cry from the indigenous jungle ceremony I had prematurely bragged to my friends about. Participating in an Ayahuasca ceremony has definitely become a popular stop on the gringo trail. The experience was intense and I’m glad I tried it, but it’s not something I’ll be trying again in the immediate future.  Perhaps I hadn’t gone deep enough to fight off my demons, or maybe I don’t really have demons to fight off, but I was reminded that, in general, I’ve got it pretty good.

For more info on Diego Palma’s retreats, check out his site at Sacred Valley Tribe.

6 thoughts on “Ayahuasca: Down the Amazonian Rabbit Hole”