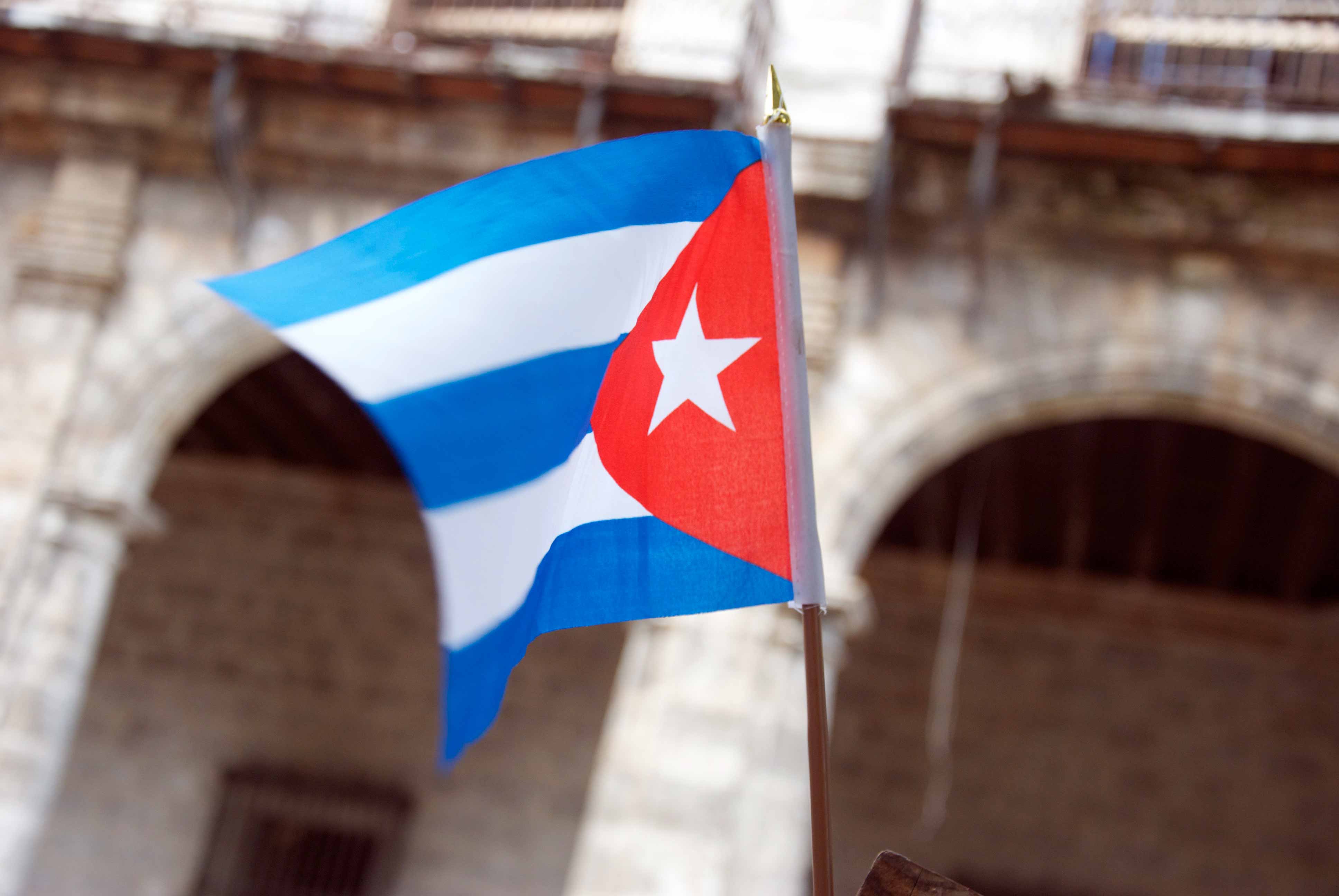 It seems that over the past few years, Cuba has become a hot spot destination for travelers from all over the world. It could be the allure of the country’s colorful classic cars, the old school architecture or it’s vibrant Latin culture; whatever the draw is, Cuba is hot right now! But despite it’s boom on social media and travel blogs, Cuba still remains a grey area for Americans in terms of legality.

Restrictions on travel to Cuba is a confusing subject matter that changes faster than you can say cuba libre.

Disclaimer: We’re travelers, not lawyers. Always be sure to do additional research and consult with a travel agent or lawyer if you’re unsure about your legal status as an American traveling to Cuba.

Is it illegal for Americans to go to Cuba?

In a word – yes. It has been an everchanging restriction since Obama took office in the US and started easing up on restrictions for visiting Cuba. Obama allowed 12 legal categories for travel to Cuba. One of these, called “people to people” trips, granted special visas to groups like school groups, choirs, religious orgs, etc. This is how Jay-Z and Beyonce famously visited Cuba legally. They went with a museum foundation and their trip was tailored to meet certain education requirements.

Since Trump has taken office he has putting the restrictions back into place. In June 2019, Trump banned US-based cruise companies from docking in Cuban ports. As recently as October 2019, Trump has restricted flights from the US to any Cuban city except Havana. His administration is also eliminating people to people trips. As of October 2019, 11 of the legal categories of travel are still in effect. This includes family visits, professional research, school trips, journalism, athletic competitions and other organized trips.

The most popular, and perhaps most ambiguous, is the “support of Cuban people” license. You don’t need to actually apply for one of these categories, they’re simply guidelines to better understand whether your trip is technically legal or not. When you travel under one of these categories, you’re supposed to only be traveling to Cuba for that specific reason. Any tourist activities that fall outside that category (ie. sightseeing, beach hopping) are not allowed. 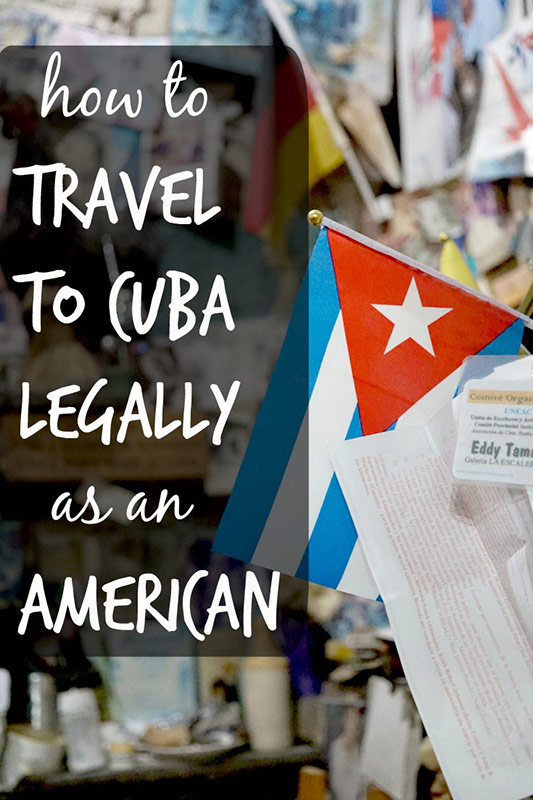 But can’t you be fined thousands of dollars and get thrown into jail?

Technically you could face a $250,000 fine and 10 years in jail for violating the law. Okay, that’s enough to make anyone sweat during customs, but in reality the law is rarely enforced. Obviously if you plan on going illegally through Mexico, you have to take this at your own risk. 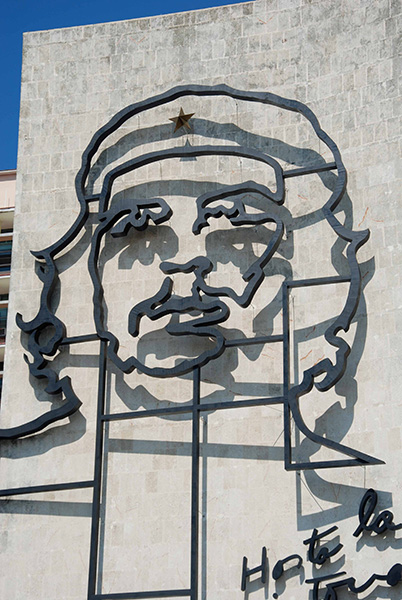 But won’t I have a Cuban stamp in my passport?

Not necessarily, but it is possible. When you arrive in Cuba (and this goes for everyone, not just Americans) the customs officer can stamp a small piece of paper and staple it into your passport. When you leave they simply take it out and your passport is clear of all Cuban evidence.

The only catch is that when you return to Mexico, or wherever you flew from, you will now have two entry stamps in your passport from that country. If you are super paranoid, I’ve heard of people asking the customs official to not re-stamp your passport, but I think that’s a bit over the top. When you get back to the States immigration would have to examine your passport, check each stamp and compare dates. And let’s face it, they don’t really care that much.

Also, even if you do get your passport stamped, because Cuba travel is becoming more legalized it really isn’t an issue. On our second trip to Cuba in 2016 I actually got my passport stamped on the way through to the US… immigration didn’t even bat an eyelid. Read more about it by clicking our How to Legally Travel to Cuba as an American graphic above.

How Does the Money Work?

Unsurprisingly, the US government has a block on any US debit and credit cards, so don’t show up with just your MasterCard or Visa.  We traveled from Cancun to Cuba, so before leaving I withdrew a large amount of Mexican pesos and exchanged them in Havana. The exchange rate is decent, but Euros, Pounds or Canadian dollars are better. You can bring American money, but they tack on an extra 10% charge when exchanging American dollars, so it works out at a terrible rate. 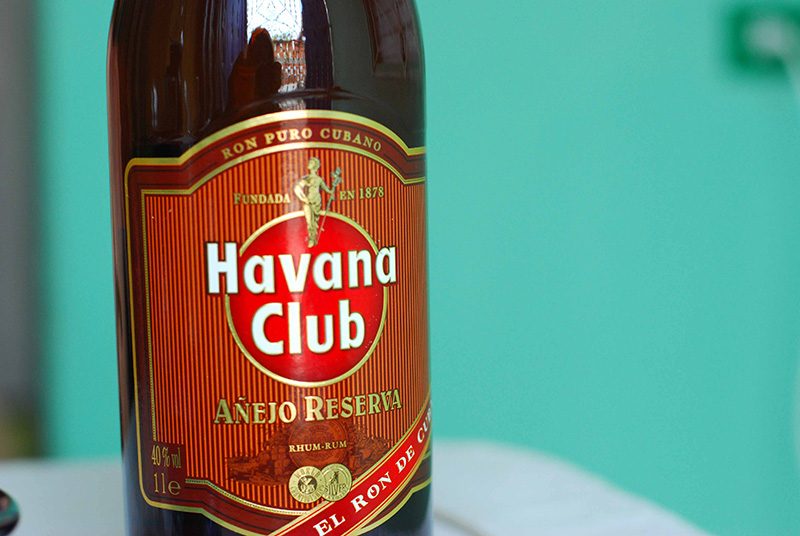 Can you fly from the US to Cuba?

Unfortunately, buying flights to Cuba is not as easy now that the US has started to increase their restrictions for travel. You can still buy tickets, but non-stop tickets are rare. 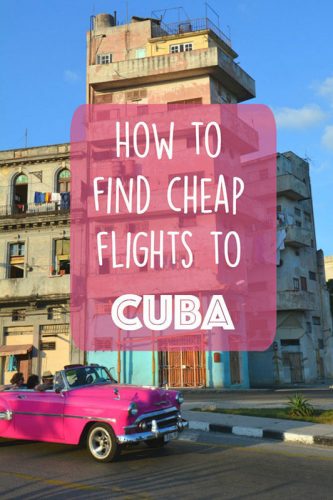 Cuba & the US have a rocky history, and a shaky present for that matter. The history is long and complicated (for a quick summary I suggest Wikipedia) and I won’t get into my personal views on our diplomatic relations in Cuba, but I can tell you from personal experience that Americans usually feel very welcome in Cuba. Locals are very interested to hear about life in the States and it’s unlikely you’ll feel prejudice for being American. And the bottom line is that American tourists bring in money, so they welcome us with open arms.

One thing that is difficult about traveling to Cuba is not only accessing the Internet, but also being able to access your content and data securely and unrestricted. According to Reporters Without Borders, Cuba has some of the tightest Internet restrictions and censorship around the world, particularly for the local population. During our time in Cuba we didn’t experience too many instances where our Internet was restricted, but we were heavily concerned about the use and security of our private data that is heavily monitored by the Cuban government. To bypass any potential censorship issues, and concerns about data security and privacy, we always ensure we have a good VPN service to help bypass Internet censorship and ensure safe data encryption when accessing private information like online banking and social media accounts. We’d recommend a company like ExpressVPN for helping you get set up with a simple VPN service to ensure your data stays your own when visiting Cuba. 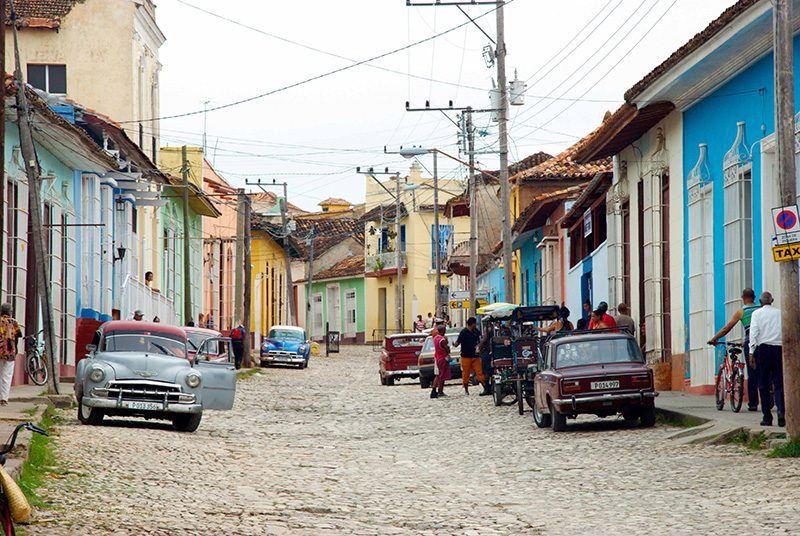 But isn’t Cuba an oppressive communist country ran by a tyrannical dictator and aren’t you a traitor to America for traveling there??

Well, I suppose this is a personal decision you have to make before traveling to Cuba. I won’t speak of the pros and cons of a communist state but I will say that many friends and other travel bloggers absolutely love Cuba. The people are incredibly friendly, many people safer there than anywhere in Central America, and it would be a loss to avoid Cuba only because of the biased stereotypes depicted in American media.

Side Note: For the sake of clarity in my writing and making this article easy to search in Google I have used the term “American” to reference US travelers. Cuba is, of course, part of the Americas and I apologize if I have offended anyone by limiting this term.