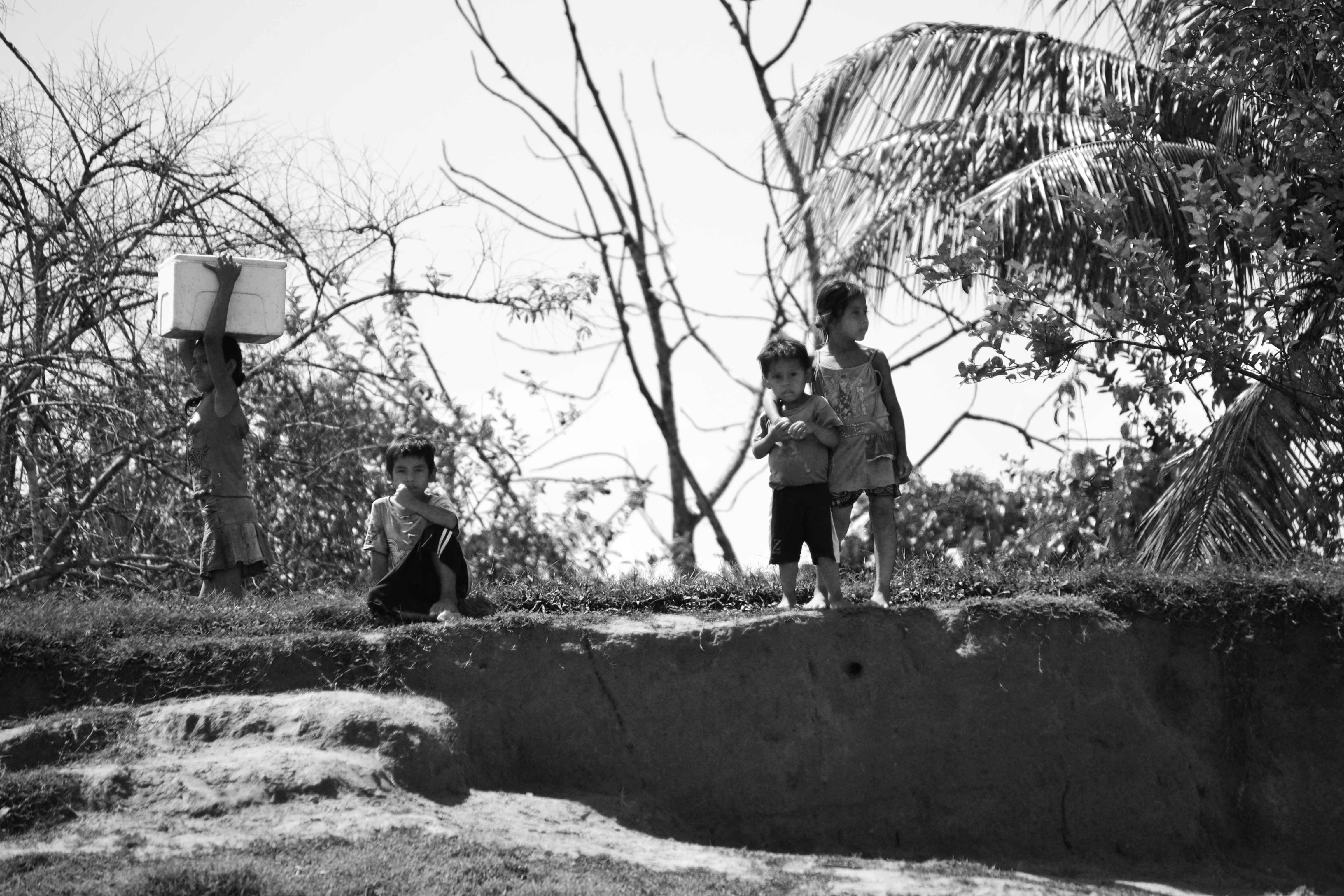 My hammock rocks and sways as we make our way down the Amazon River in Peru. It’s been a few restless nights to say the least. The top deck becomes freezing, as the evening breeze creeps in through the holes of the protective canvas. Now I see why the locals don’t go for the open air view at the top.

The hammock is too small, and I’ve already put a rip in it. I should have known better when I purchased it for $7, somethings just aren’t worth the bargain. I’ve done a quick repair job, but now I fear it’ll snap at any moment in the middle of the night. I suggest forking out a couple of extra bucks if you’re going to be using it more often, especially in South America. A decent double sized hammock

is definitely a good investment. Not only is it comfortable, but it’s super light weight and packs up to be tiny. Sometimes you just can’t substitute quality.

We’re waiting for dinner when some young kid comes up up to chat. I don’t mind, but he’s fascinated by my blonde leg hair and keeps trying to stroke my legs. He’s a nice kid, but after seeing all the preventative sex predator posters I get the feeling this kid is working undercover. ‘Wooh wooh wooh’, I shout loud enough for people around me to hear, as I detach his inquisitive hand from my ankle. I have to shoo him away politely before I’m caught on some secret camera and extorted by the authorities. 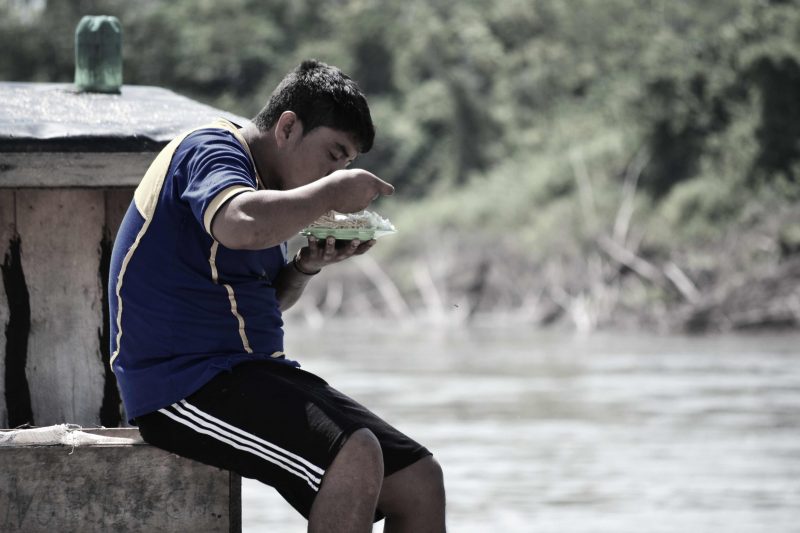 The bell rings for dinner and everybody rushes down to form the line for gruel. Christine doesn’t join me after she had a little run in with the kitchen staff. I’ve got no problems though, I can even get extras. For some reason all the kitchen staff are cross-dressers and I seem to have caught their eye. I feel slightly exploited as I bat my eyelids and make small talk for an extra piece of bread, but hey, free is free.

Up at the deck we pick through our meal and determine what is edible. We try to eat as much as possible because it’s a long time between meals. It’s now dark and there isn’t much to do but read. After a few hours we try to nestle in for a sleep, but you don’t really sleep on this boat, more like a long disrupted nap.

At the back of the boat a drunk game of cards continues late into the night, making it even harder to drift off, but eventually even they get bored. The night is a mixture of weird dreams, midnight stops with lots of shouting and gathering of items and then eventually the morning breakfast bell rings at 5:30am.

Now here’s the good part, and no it’s definitely not the breakfast soup. We’re up early because there isn’t anything else to do, but as a result we get to watch as the sun rises over the Amazon River. The morning sun busts out of the darkness to warm the frigid air. The bright rays dance on ripples of the water and brighten the murky morning. Lush trees of the jungle around us light up and the calls of the waking animals echo across the water. We climb up on top of the roof to let the sun defrost us and take in a new day.

A new day, a new adventure! Even though the nights are tough, it shouldn’t be any deterrent for the days that follow. Get yourself on board the boat, string up a hammock and leave the rest to the unknown. And while you’re there say g’day to Roberto for me, or is it Roberta? 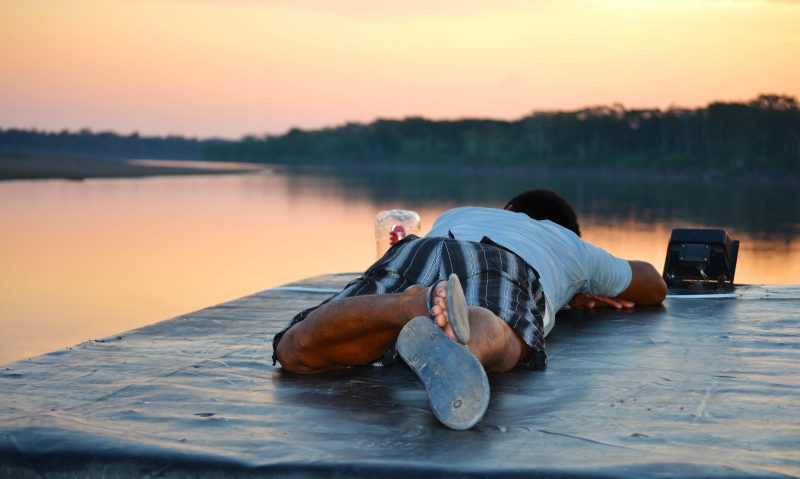