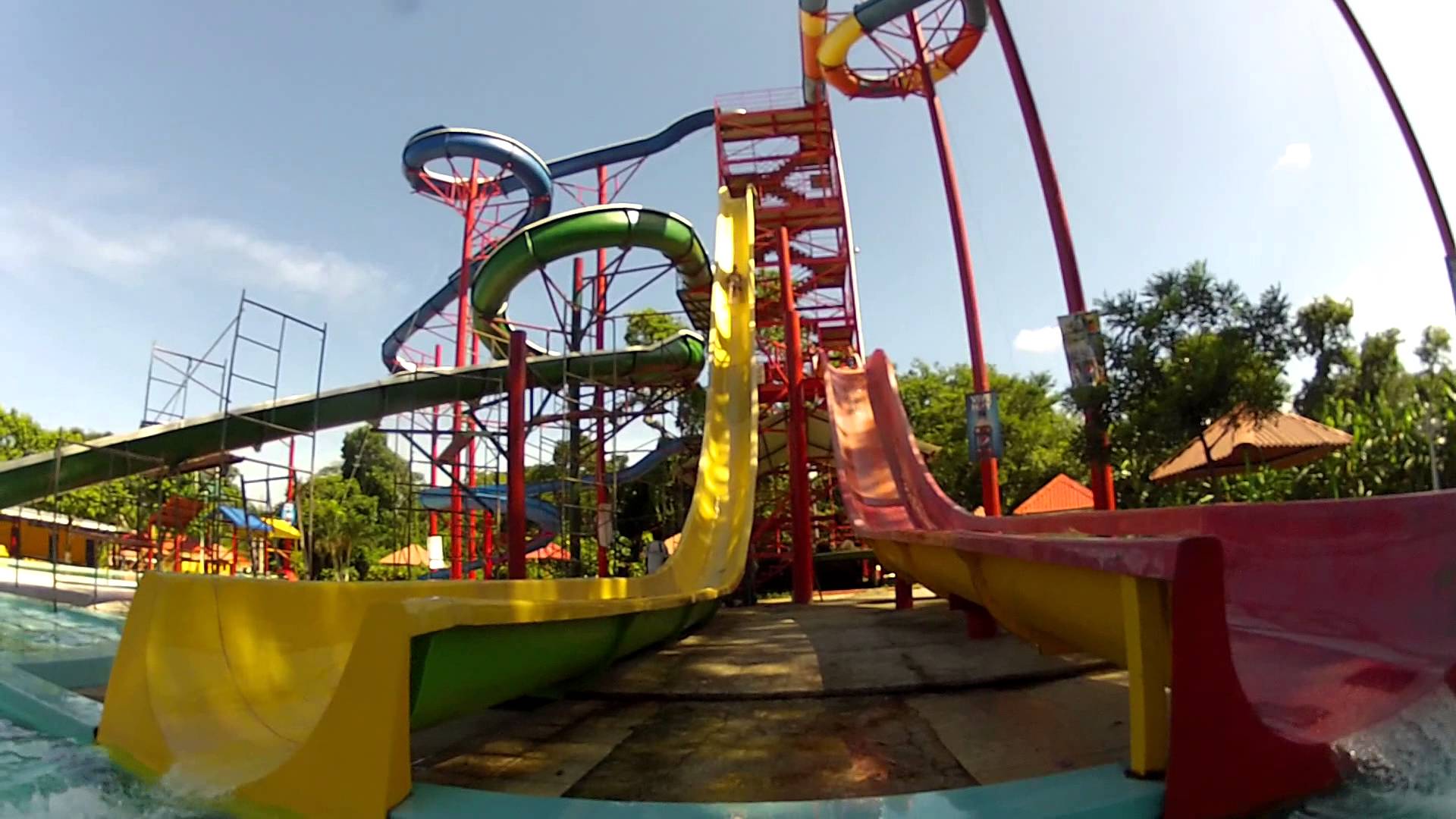 Inside the Santa Ana Water Park

Ever spent time in an abandoned amusement park and thought of zombies and post-apocalyptic scenarios? This story doesn’t go quite that far, but it does contain men wielding shotguns and extremely dodgy water slides.

At the time of visiting we were staying in Santa Ana with Jose, a friend of Christine’s family in the States. Jose had returned home to visit his family in El Salvador at the same time that we were passing by, so it worked out perfect for us to go stay with him for a couple of nights.

In true El Salvadorian hospitality Jose went out of his way to make us feel welcome in his beautiful country. We checked out a local festival and visited his family (who fed us like it was our last meal on Earth). But the funniest part of the trip was our visit to a semi-abandoned water park.

When we arrived at the water park and the first thing I thought was “damn it’s closed”. I mean I realized it was the middle of a workday, but there was literally one or two cars out the front. We got out of the car and went over to the big steel gates, just as a man with a shotgun came out of a smaller door to the side. Of course at this stage in our Latin American adventures we were pretty accustomed to seeing random people guarding odd places heavily armed, so we politely smiled and followed him in. 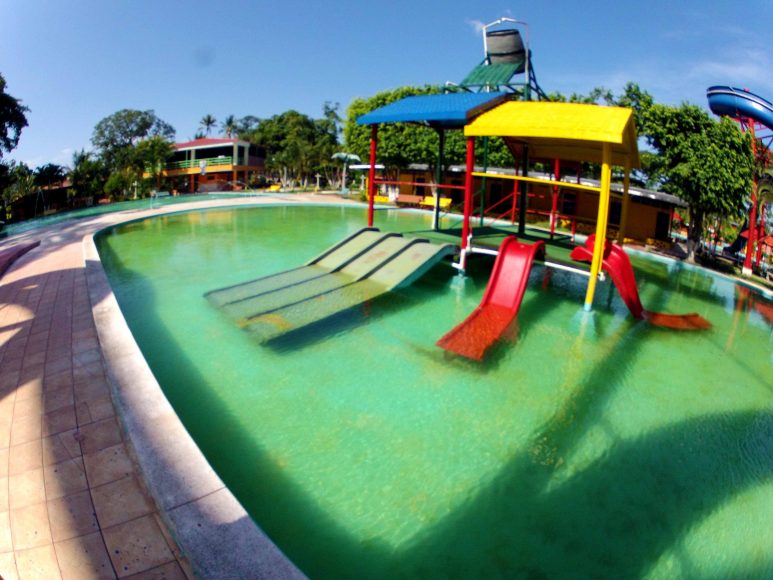 When we first stepped inside it was kind of like a scene from a post-apocalyptic movie. Think Zombieland towards the end when they’re in the amusement park. There was no one around, everything looked chipped, faded, broken or under construction, and none of the dozen or so slides were operating. However, it was a hot day so we weren’t about to let that stop us. We changed into our swimmers and hit the pool.

Jose knew a few of the people working there and pulled some strings to get a couple of the slides running, and then just as the water kicked on a bunch of rabid zombies came running out of nowhere looking for blood. Ok, not quite that dramatic, but we were surprised to see a very large family tucked away in some corner picnic area suddenly emerge once the slides kicked on and the action got started.

Over the next hour we swam around the pool enjoying one of the smaller slides before I took to the almost vertical drop slide. Nobody else seemed game enough (or confident enough in the structure) to give it a go, but I thought ‘what the heck’. On the climb up to it I had to first dodge a couple of construction barriers and then avoid the chipped concrete falling from the levels above. I made my way up a couple of levels and onto the platform of the slide. 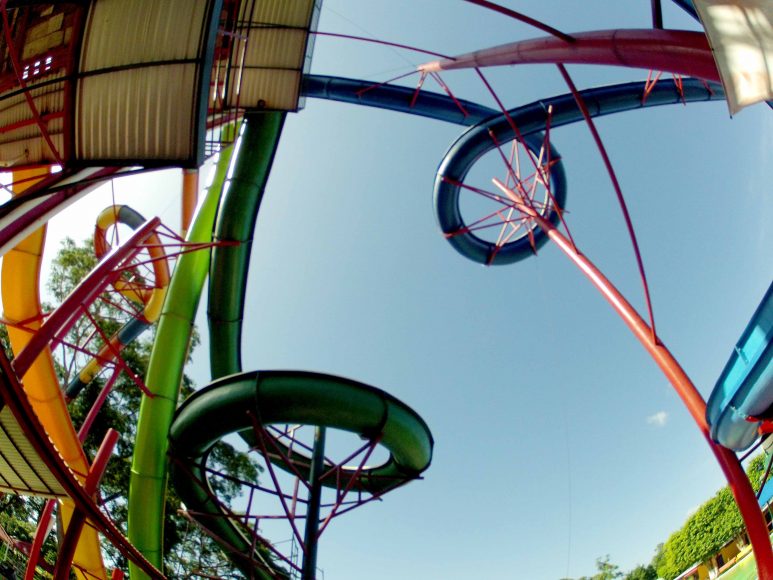 Looking down it looked almost vertical and wobbled when I shook it. Never a good sign. Everyone was eagerly looking on by this stage, and because I’d already committed I couldn’t back out, so I just went for it. It was painful, but quick. And the structure didn’t fall a part mid slide and send me hurtling to the ground, so that was a win. After that I braved it a couple more times to get some footage before making a wise decision to quit while I was ahead.

The slide was just one of many funny things about that day. What started as a fairly predictable day of visiting a water park, ended up as so much more. That’s what we love about travel! When predictability is challenged and you’re faced with exciting opportunities to expand your horizons and make something out of nothing.

Ever had a travel experience that has surprised you and turned out better or worse than expected? 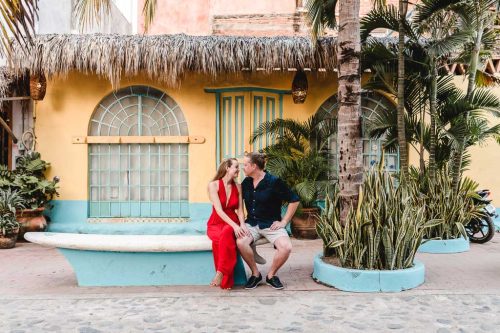