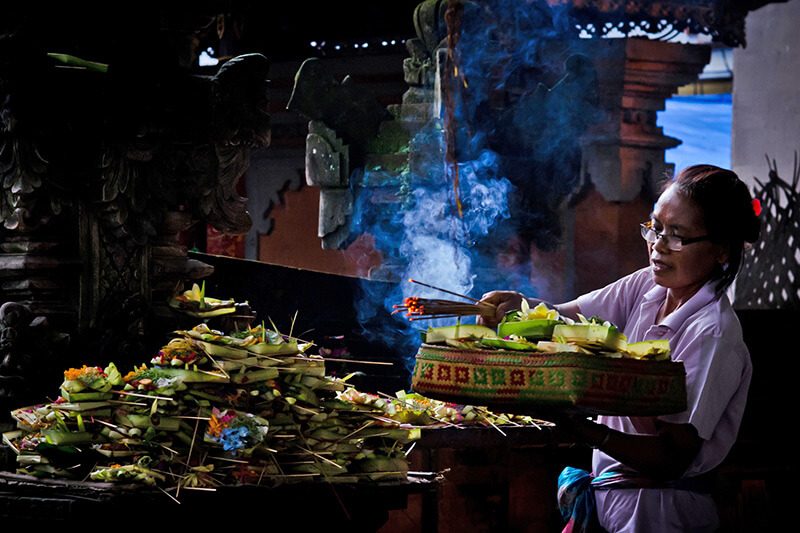 Few South East Asian are as dynamic, vibrant and as (unfortunately) full of traffic as the Indonesian capital, Jakarta. That said, it still deserves a few days of exploration; time to meander between the high rises in the central business district, rent a bike to ride the streets of Jakarta’s old town and dine like a king on some delicious street food.

As one of the largest cities in the world, it can easily overwhelm those fresh from the other mellow islands that make up Indonesia, but don’t fret: we’re here to guide you through Jakarta’s must-sees and how to make the most of this huge, captivating city.

Learn about the city’s roots at the old port

While its soaring skyscrapers might suggest otherwise, Jakarta actually goes back as far as the 4th-century. Although this city’s not exactly been hot on preserving its ancient roots, the old port of Sunda Kelapa gives a clue as to what it might have looked like when Jakarta was the capital of the Dutch East Indies.

At this 500-year-old port, check out the porters unloading cargo from the traditional two-mast pinisi sailing ships – the way they have been doing for centuries. The traditional fish market is also a short walk from here; best visited early doors, it’s another great introduction to the surprising range of traditions that can be uncovered in Jakarta when you know where to look. 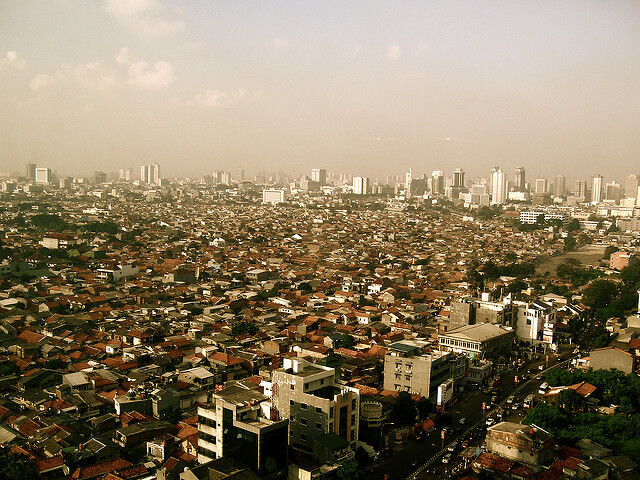 Kota Tua or Old Batavia is the oldest part of town and the best example of Jakarta’s colonial history. Although only a handful of wooden-shuttered buildings remain, the area is still worth a visit.

Join a walking tour or rent a bike to travel from the 17th-century wooden drawbridge, Kota Intan to end at Taman Fatahillah – a huge square where you can get your hands on souvenirs and local delicacies. Select your snacks carefully (not all the food stalls are known for being particularly hygienic) or throw caution to the wind by sampling all the offerings at the annual food festival held here in March. 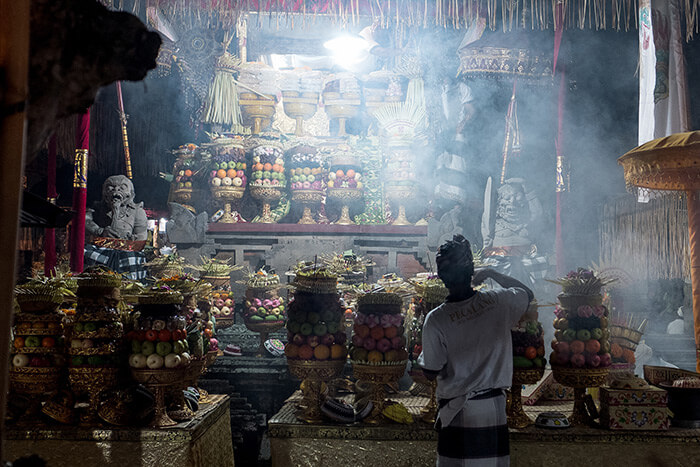 Learn about Indonesia’s culture and history

Whether you’re a history buff or more of a culture vulture, Jakarta’s range of museums should be enough to please. For starters, you’ve got the 2,300 collection in the Jakarta Textile museum, while the Museum Bank Indonesia – which is dedicated to the history of Indonesia from a financial perspective – is far more interesting than it sounds.

If you’re after something less serious, check out Jakarta’s extensive collection of colourful kites at the Kite Museum in the south of the city, or the Puppet Museum in the old town which is home to an excellent collection of wayang puppets representing characters from across Asia. 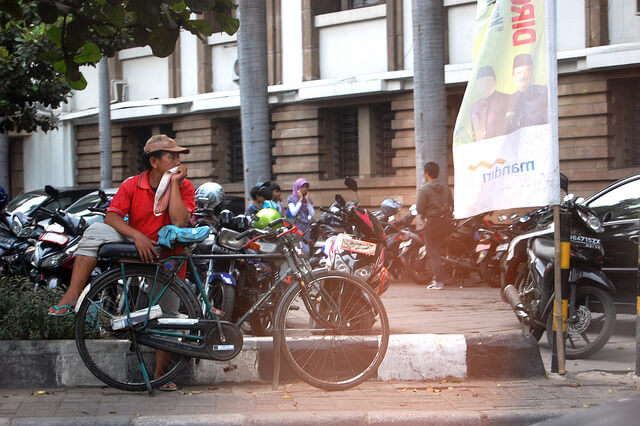 Chill out or play some sport in Taman Menteng recreational park

A much-needed green space in the busy central suburb of Menteng, Taman Menteng offers an escape into an oasis of calm. Well, it’s actually a top spot for playing basketball or football, but if you want to kick back and chill out, there’s over two hectares of manicured lawns and gardens to choose from.

Located only a short walk away from the wide range of restaurants and hotels in this district (such as the nearby Le Méridien Jakarta), this park proves that Jakarta still finds time for relaxing – well, every now and again. 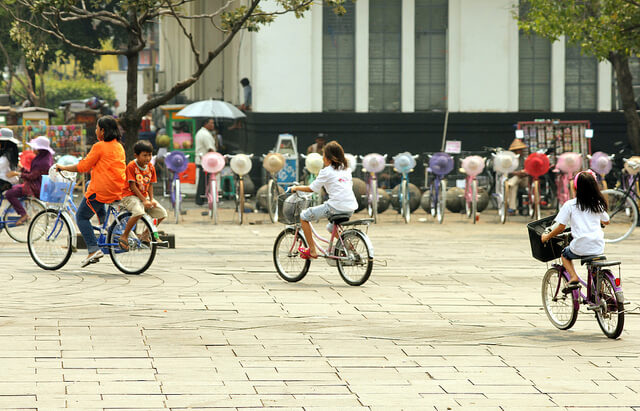 Be wowed by epic Merdeka Square and Indonesia’s National Monument

A symbol of Indonesian independence and national pride, the National Monument (colloquially known as Monas) is a huge 132-metre tower that soars up from the world’s largest city square, Merdeka Square. Crowned with a sculpture of flames made from 50 kilograms of gold foil, you can actually go to the top of the monument via an elevator and soak up incredible views across the whole city.

If you hang around the square for a short while, you’ll spot parades, demonstrations or even the population of deer who live in a nearby enclosure. It’s also an excellent location to learn more about Indonesia political and cultural history, as it’s ringed by the Presidential Palace and the National Museum of Indonesia – the latter where you can explore the different peoples and cultures from across the Indonesia islands. Here you can also visit South-East Asia’s largest mosque, the Istiqlal Mosque, which can contain up to 200,000 worshippers during large religious celebrations.

Chow down on some excellent cuisine from across Indonesia

Ironically, Jakarta is known as the “Big Durian” – a reference to the durian fruit which is particularly stinky and many feel compares to the polluted, smelly air of this city. But this is only half the story. Durians actually taste delicious and Jakarta is no different; it’s an incredible city for food lovers. 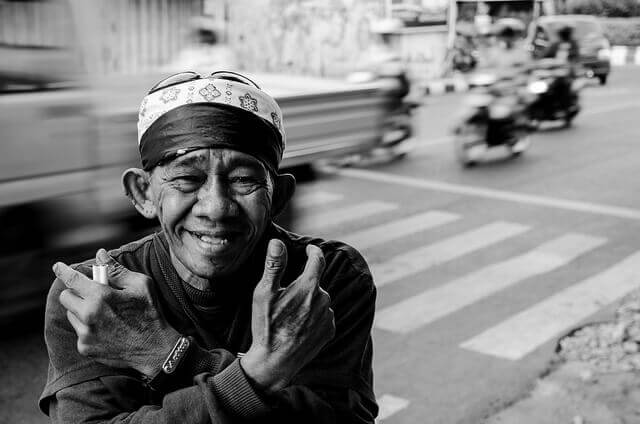 Not only can you taste a whole host of local food from across all the Indonesian islands (spicy Nasi Padang from Sumatra, anyone?), but the range of pedagang kaki lima or street food carts mean you’re never more than a few feet away from sampling an incredible, tasty meal. Try ikan bakar (grilled fish with limes and chilli or soy sauce) or sop kaki kambing – a soup containing a variety of goat organs that’s definitely not for the faint hearted.

But wherever you wander in Jakarta, follow your nose and embrace the frenetic, bustling energy of this huge, historic and completely unmissable capital. And hey, if you get sick of the bustling city you can always travel across to Bali for some easy living and beach time!

For those looking to escape the busy city life of Jakarta, board a quick flight over to Bali and check out the stunning islands of Nusa Lembongan, Nusa Ceningan and Nusa Penida! With beautiful beaches, unexplored coastline and plenty of lush greenery, the Nusa Islands are every adventure travelers dream!