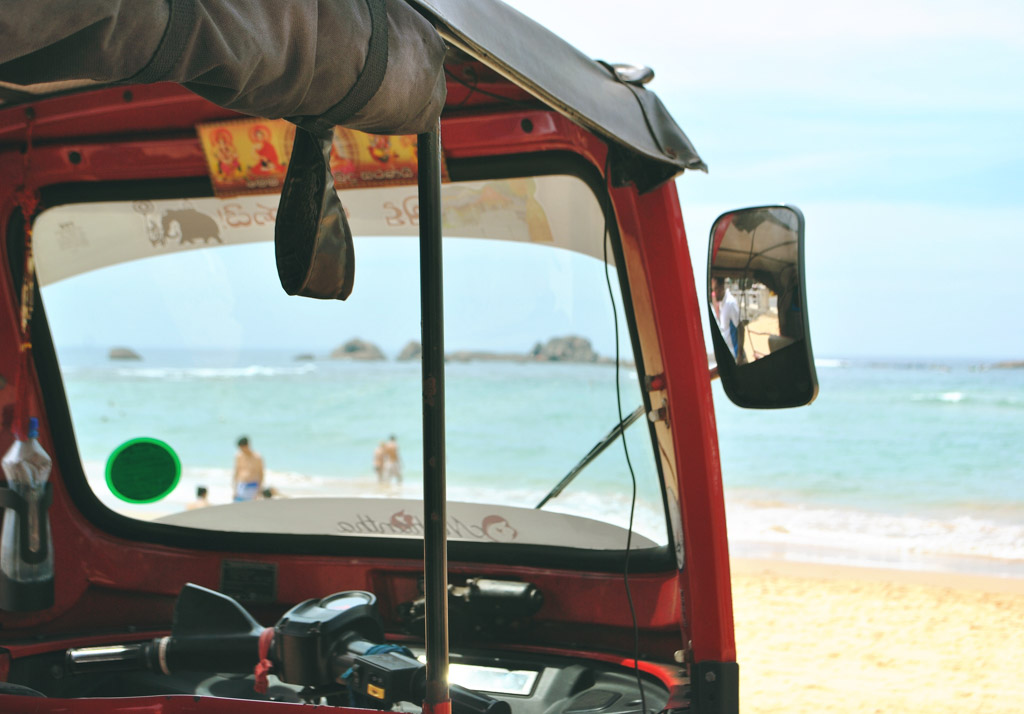 Recently named as Lonely Planet’s number one destination for 2019, Sri Lanka is finally getting the recognition it deserves. Previously, Sri Lanka has been overshadowed by its much larger neighbor to the north, India. Or set of islands to the west, Maldives. But this little country has plenty to offer for tourists.

Sri Lanka’s varied landscape is stunning, with lush mountains in the Central Highlands, to world-class beaches on the coast. The history, dating back from ancient civilizations to more recent colonial times, gives the country a diverse culture that is visible in the many ruins and temples. While you could easily spend months exploring this gorgeous country, here’s what we recommend if you have 2 weeks in Sri Lanka. 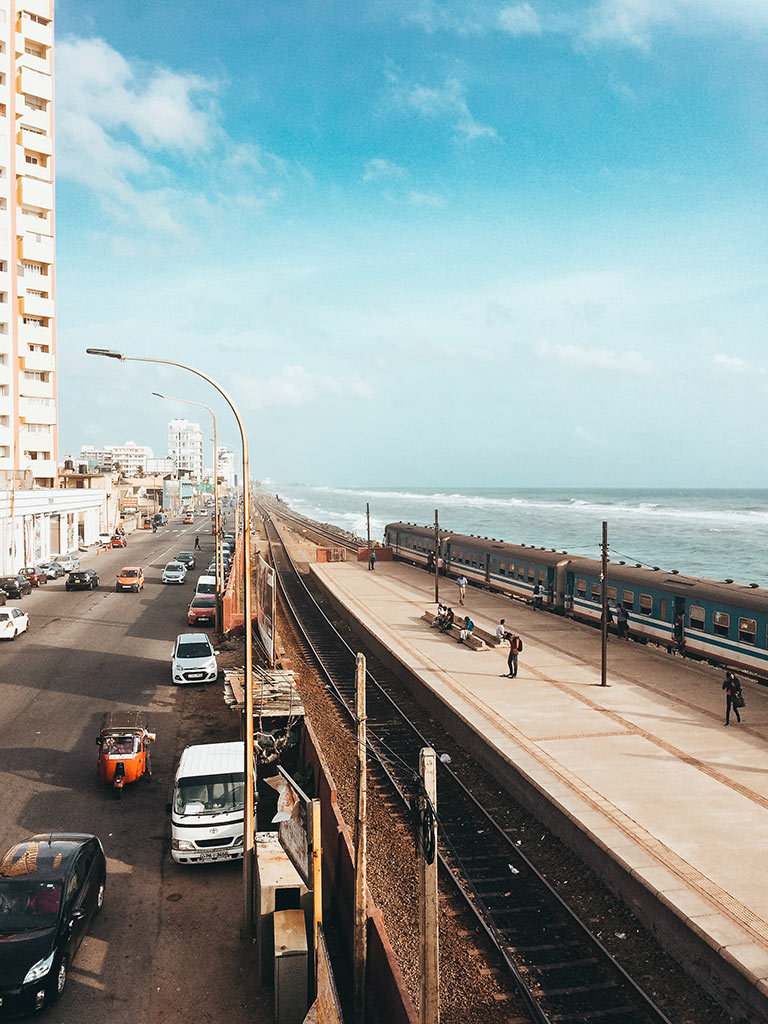 If you’re coming into Sri Lanka by plane, you’re most likely landing in Colombo. This busy capital city will thrust you right into modern life in Sri Lanka. The city is a mix of old colonial buildings and glitzy new hotels and high rises. On your ride from the airport into town, you’ll pass honking tuk tuks weaving in and out of the traffic, Buddhist temples and Islamic mosques, hole in the wall curry shops, and between gaps in skyscrapers you might spot a glimpse of the ocean.

Colombo has traditionally been viewed as just a jumping off point to Sri Lanka’s more famous attractions, but the city is becoming a tourist hub in its own right. While it might not have quite as much to see as India’s capital, city lovers may enjoy witnessing the hustle and bustle of modern Sri Lanka. Don’t miss the Fort Area to see Colombo’s old colonial architecture, including the Lighthouse, St. Peter’s Church and the Clock Tower.

Cinnamon Grand Colombo: This beautiful hotel is in a great location near the water. There’s a plethora of restaurants within the hotel, including a delicious buffet. There’s also a beautiful pool and plenty of bars and cafes on site as well. 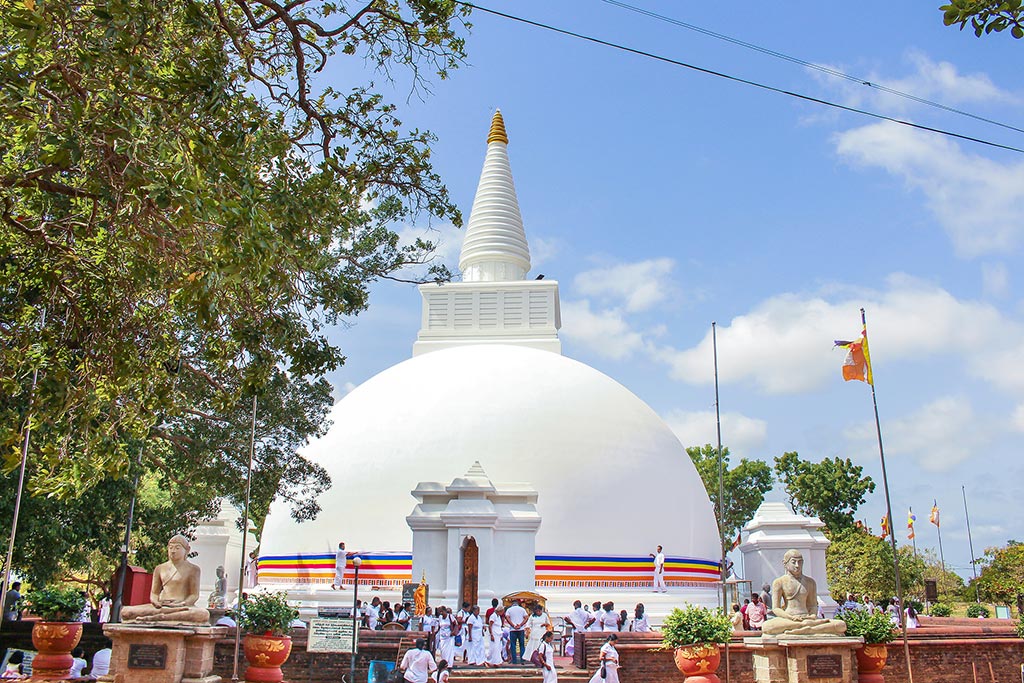 Located in Central Sri Lanka, the region known as the Cultural Triangle is filled with UNESCO world heritage sites. No 2 weeks Sri Lanka itinerary is complete without a visit to this historic region. This area was once home to the Sinhalese royalty and is famous for its ruins and temples. There’s a lot to see in the triangle, so if you’re pressed for time, consider choosing just a few of the following:

This sacred city is one of the biggest highlights of the triangle. It’s the current capital of the Anuradhapura District, but many kingdoms in the past claimed it as their capital. Anuradhapura is well-known for its archaeological sites and historical relics. Here you’ll also find a sacred Bodhi tree, which is a direct descendant of the same tree Buddha himself sat under to achieve enlightenment.

The biggest highlight is the archaeological park. Entrance costs $25 USD, and it’s a large place that takes some time exploring. If you really want to understand the area’s history, we suggest hiring a tour guide for around $5 USD. 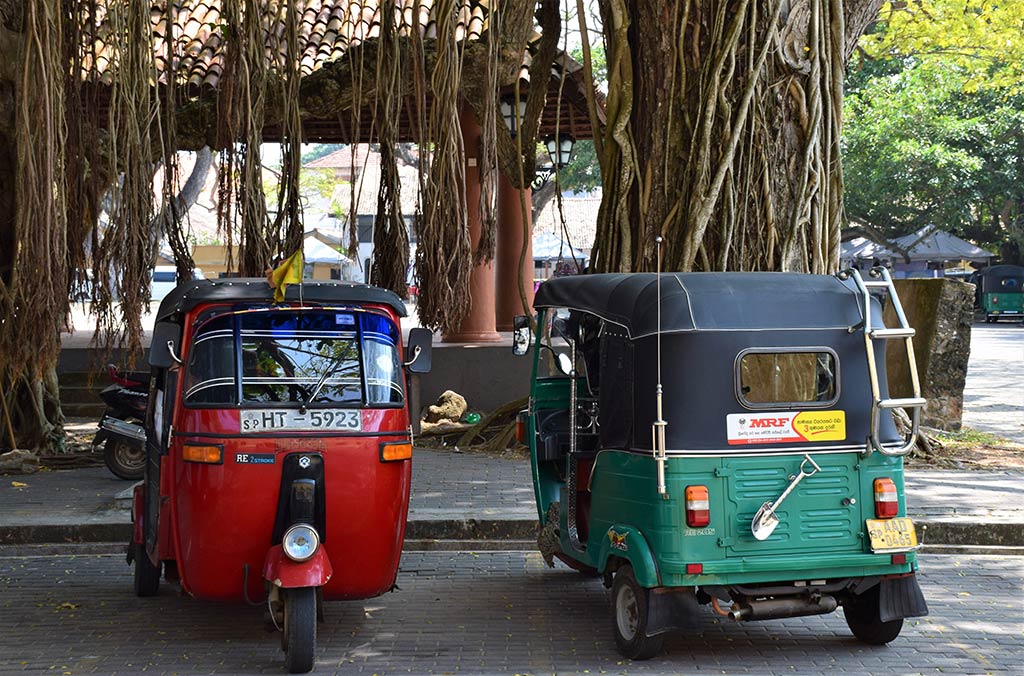 The best thing about Habarana is that it has the perfect central location. Almost all of the attractions in the cultural triangle of Sri Lanka can be found very nearby. That’s the main reason why Habarana is most often used as a hub of sorts. It’s connected to many different destinations by bus and train, and it’s the perfect place to make your base for exploring. The town itself doesn’t have many attractions, and that’s why it feels like a much more authentic destination that other tourist spots.

Cinnamon Lodge Habarana: With a central location in town, Cinnamon Habarana pays homage to its rich historical surroundings while still offering luxury accommodation for its guests. The hotel is budget-friendly without cutting corners on comfort. It’s also a great spot for families with a large outdoor swimming pool. 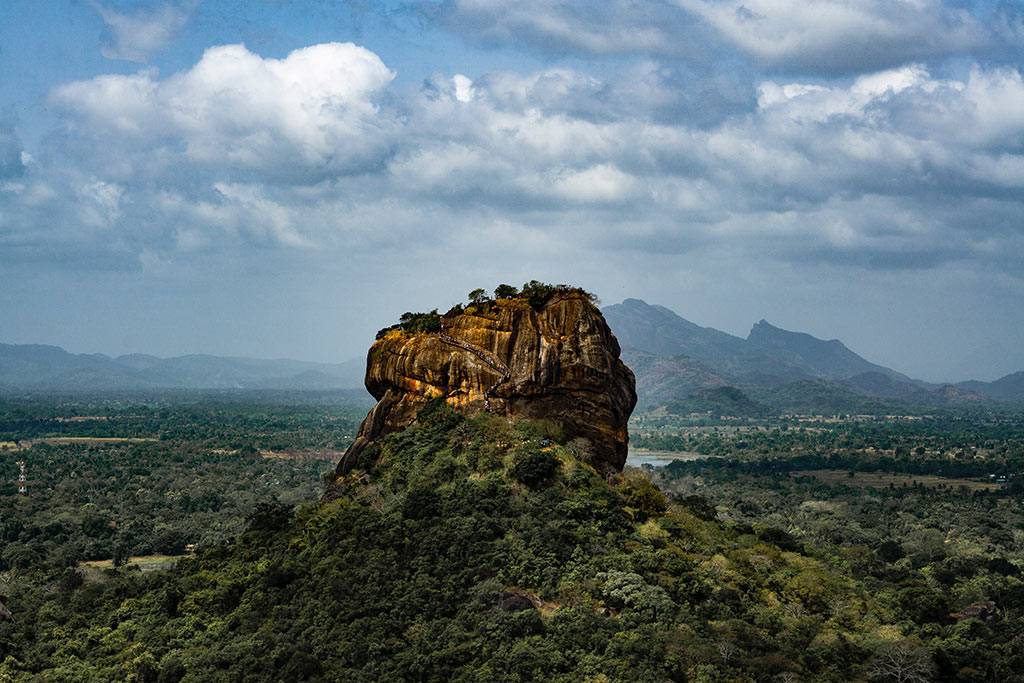 Known in Sri Lanka as the Eighth Wonder of the World, Sigiriya is probably the most visited tourist destination in the country. Also known as the Lion Rock, Sigiriya is an enormous fortress built on top of tall vertical cliffs. It’s without a doubt the spot with the best views in Sri Lanka. Once you’ve reached the summit, you’ll be greeted by sweeping vistas as the jungle surrounds you. Sigiriya is located in the heart of Sri Lanka, and sits almost perfectly between the towns of Dambulla and Habarana.

It can get crowded, so we recommend going early in the morning to avoid the crowds and the heat. Bring water and sunscreen, and prepare for a big climb. Don’t miss the water gardens at the beginning or the beautifully painted frescos along the way. Beware of the local monkeys who have been known to steal things from unsuspecting tourists! Entrance for tourists is $30 USD and also grants you access to the museum. 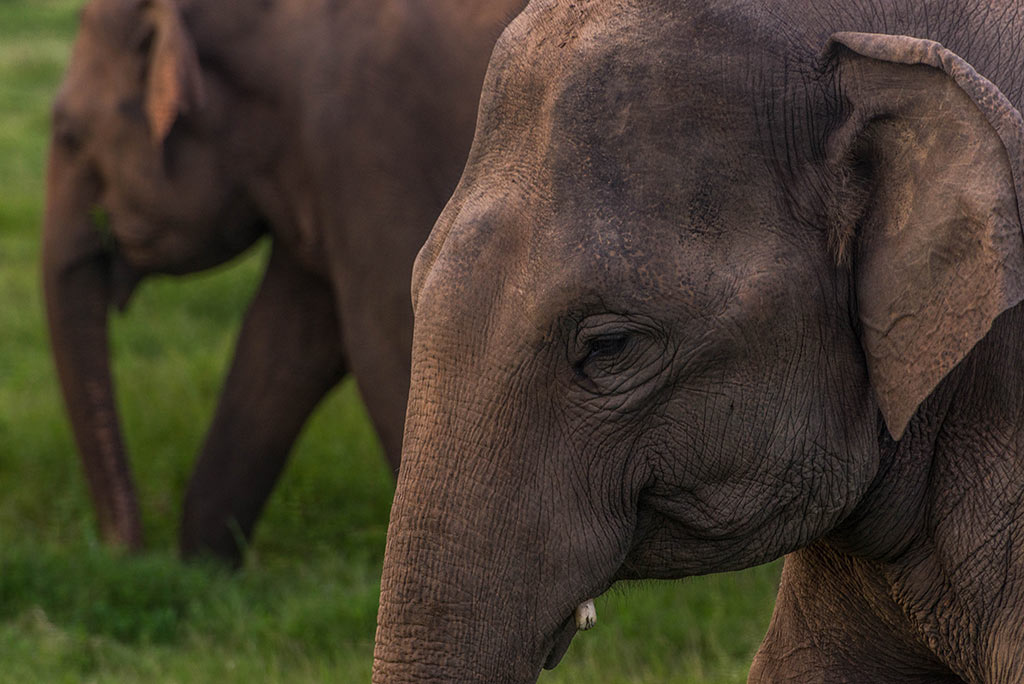 This quaint town is a sleepy little place in the triangle that is famous for being home to Minneriya National Park. With a large number of elephants in the region, taking a safari in the park has become one of the most popular activities in the region. You’re likely to see dozens of wild elephants roaming the park. While elephants are the main attraction at Minneriya, they’re not the only animals to look out for on your safari. From deer and monkeys to more hard to spot animals like leopards and sloths, there is plenty of wildlife in the park.

You’ll have to pay for the park entrance, as well as a jeep for the safari tour. Different tour operators charge different prices, but a safari tour for a group of four costs about $125.

If you have extra time in Minneriya, check out the Minneriya Tank, one of the oldest man-made reservoirs in the country. It dates back to the 12th century and is a peaceful spot to visit. 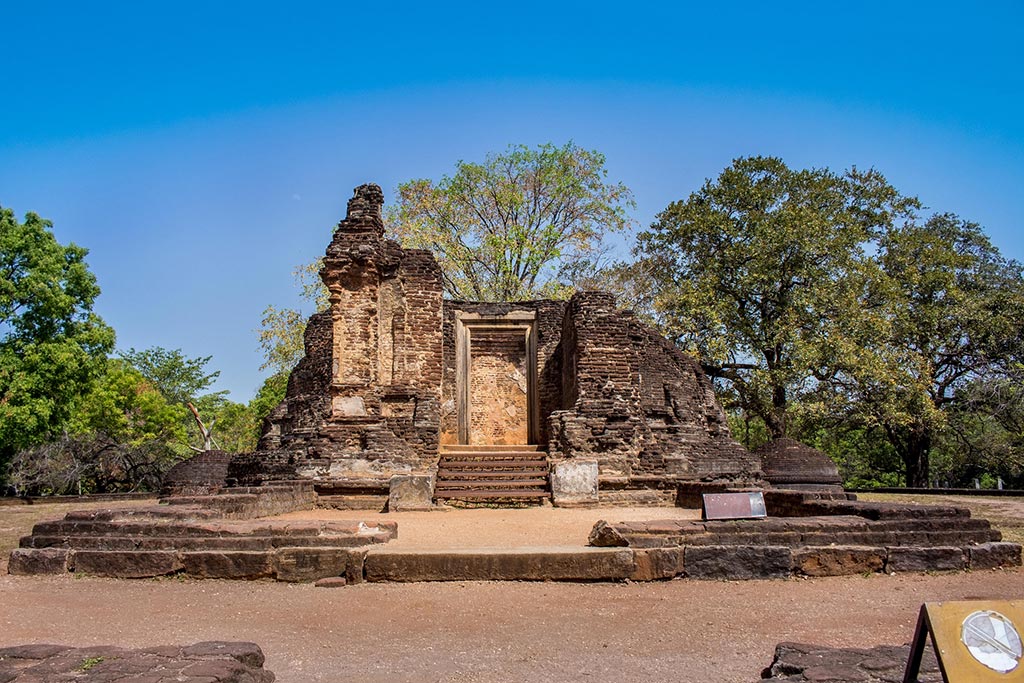 This town in the triangle dates back to the 11th century and became the second capital of the country after Anuradhapura was destroyed. Polonnaruwa has always been an important trade and commerce hub, and today it’s no different. It’s an excellent place to base yourself for a day or two, especially considering the large population of elephants in the nearby national park.

However, Polonnaruwa’s biggest attractions come from its archaeological sites. Since it served as a capital to a unified kingdom almost a millennium ago, there are plenty of old and ancient structures. Some highlights include Audience Hall, which has well preserved stone carvings of elephants on the walls, and the Sacred Quadrangle, which houses many sculptures and ruins. The archaeological park costs around $25 USD depending on the season.

Kandy is the second largest major city in Sri Lanka, right behind Colombo. It’s one of the largest cultural and religious centers in Sri Lanka. After all, it’s the home of the Temple of the Sacred Tooth, where one of Buddha’s teeth lays after being stolen from the funeral pyre and smuggled to Sri Lanka. Other highlights include the Peradeniya Botanic Gardens and the Kandy Lake.

As it’s one of the cultural capitals of the country, you can find excellent displays of traditional customs and dances. The Kandyan Dance and Drum show is a must-see. It’s an energetic dance where performers are dressed in unique and colorful outfits, and perform traditional dances.

Cinnamon Citadel Kandy: This hotel is nestled in the mountains in Kandy, overlooking the beautiful Mahaweli River. With a gorgeous pool and comfortable rooms, Cinnamon Citadel Kandy provides a perfect serene oasis to rest after a long day sightseeing in the Cultural Triangle. 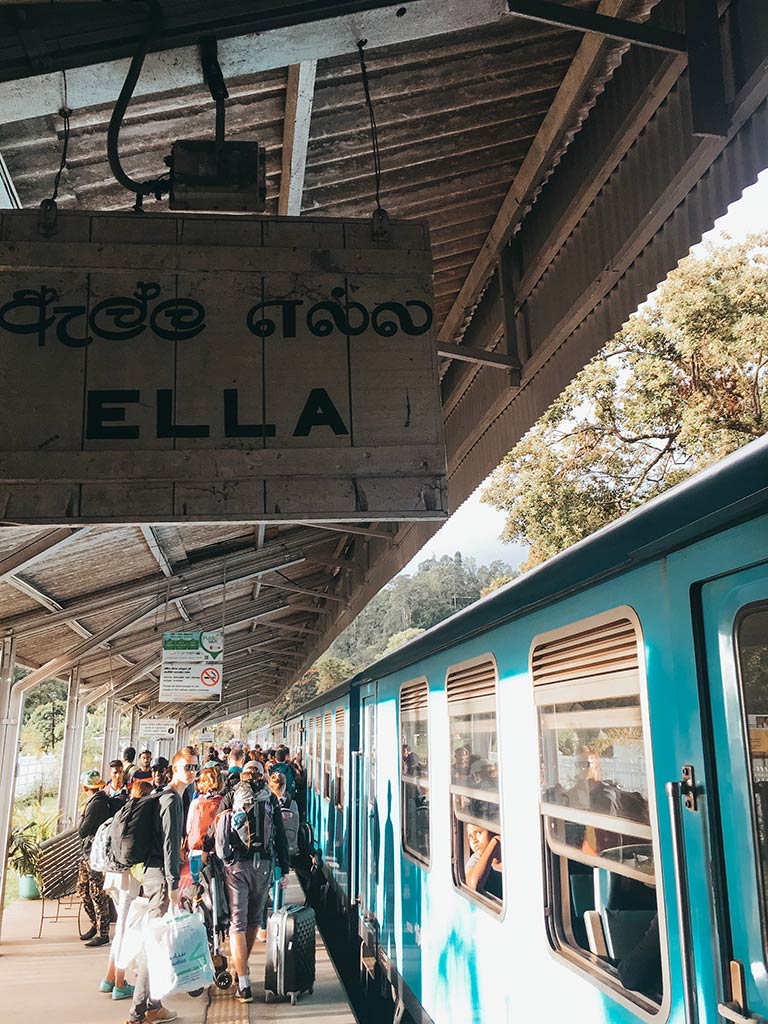 This little town is the perfect place for those wanting to isolate themselves from the hustle and bustle of modern life. There’s not much one can do in the town itself, but there are a lot of things to see for those willing to hike a bit. Little Adam’s Peak is an easy hike into the nearby mountains that takes about an hour to reach and offers stunning views.

If you’re a morning person, this is a fantastic peak to take in sunrise. If you’re looking for a more challenging hike, Ella Rock is another recommended trek in the area. Starting at the Ella Railway Station, the hike is approximately 10 kms roundtrip. It can be a little confusing, so make sure you have your hotel or a trusted local map out a clear route for you. This article has clear directions for hiking up.

If you’re looking for a hike that ends in a refreshing dip, check out Diyaluma Falls, the second largest waterfall in Sri Lanka.

Another great attraction around Ella is visiting the local tea fields. There are plenty of black and green tea plantations open to tourists. Lipton’s Seat where they grow (you guessed it!) Lipton tea, is definitely worth visiting. This scenic plantation has some of the best views you’ll find on your trip to Sri Lanka. 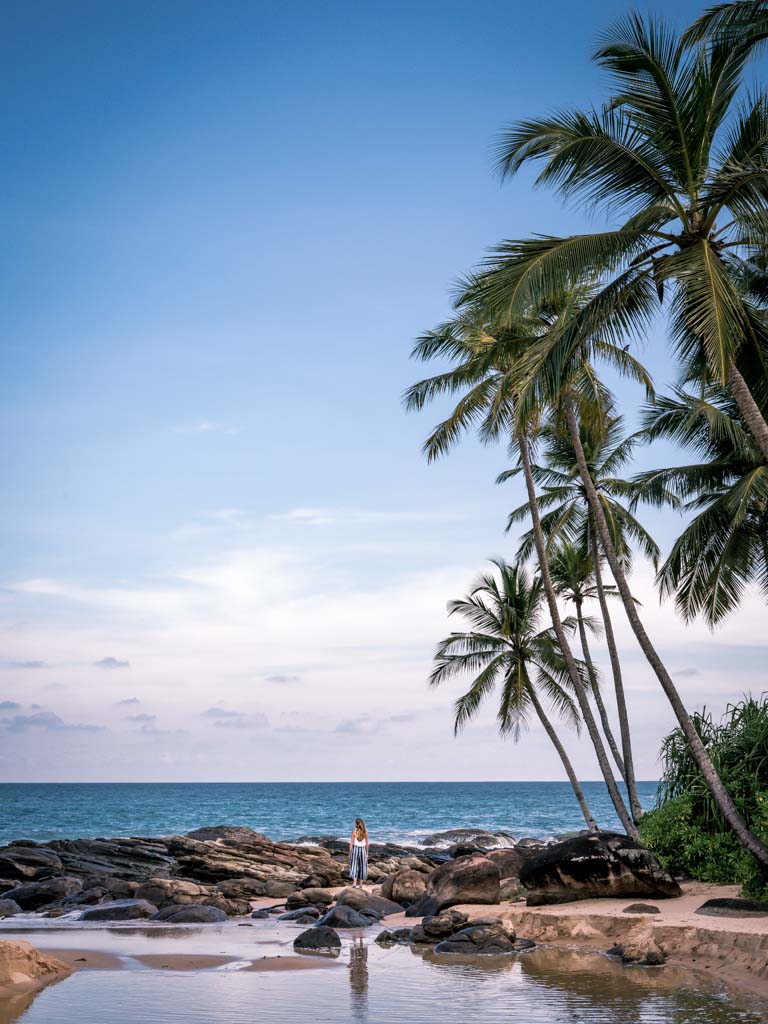 One of the most beautiful coastlines in the whole country, Tangelle is breathtaking. A narrow strip of white sand melts into turquoise water with palm trees dotting the shore. With a mix of luxury resorts and more budget friendly beachside cabanas, Tangalle has something for every traveler. Some beaches in Tangalle can be too rough to swim so make sure to ask before taking a dip. But fear not, if you’re craving a refreshing splash there are several bays and beaches like nearby Goyambokka that are swim friendly! 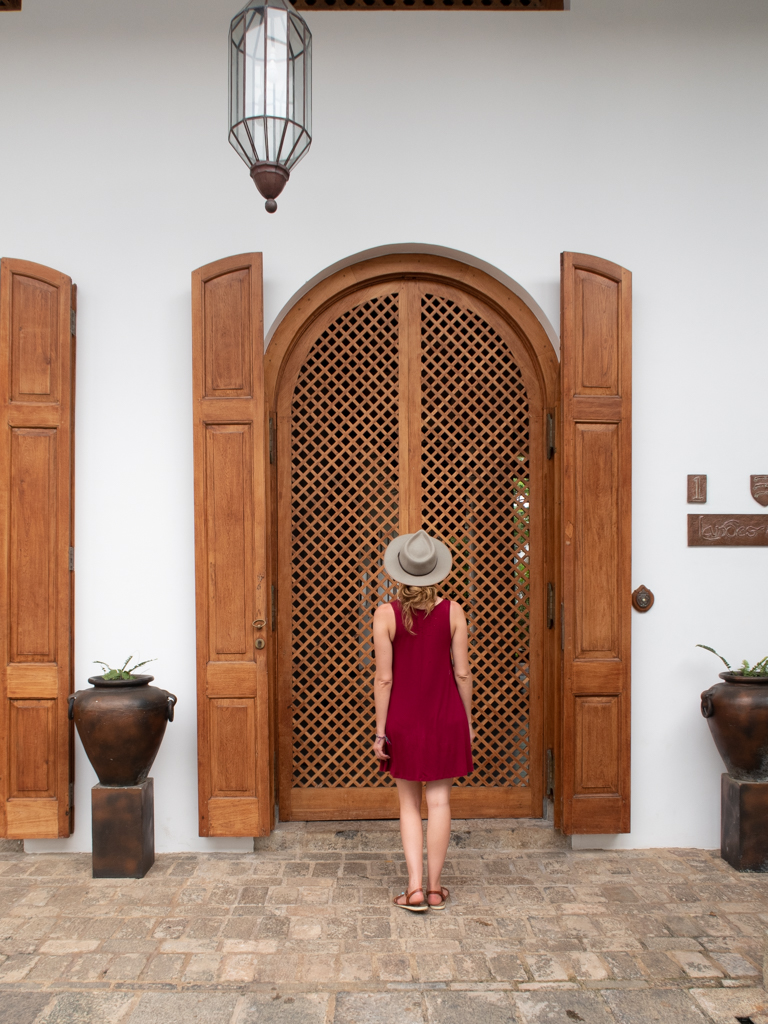 Galle Fort, also known as Dutch Fort, is a UNESCO World Heritage site with a rich and varied history. The fort was originally built by the Portuguese and then fortified by the Dutch who used it as their headquarters. It was then taken over by the British, and then used as a port by Sri Lanka after their independence.

While the fort is over 400 years old, it has been well preserved through several renovations. Today it’s a chic location with plenty of coffee shops, restaurant, shops, and boutiques. The cobblestone streets and architecture of Galle Fort make the town feel more European than Sri Lankan. Definitely pay a visit to the lighthouse and walk along the wall to watch the sun set over the water. 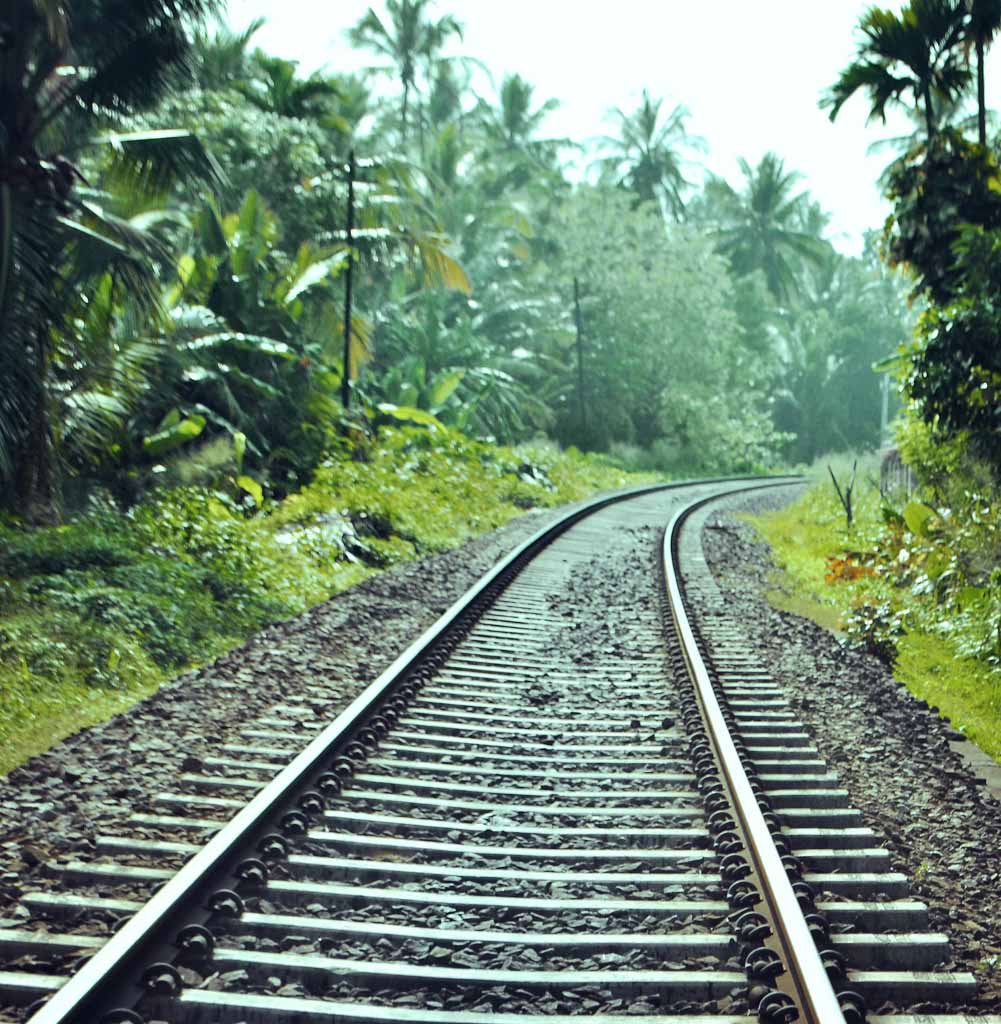 With Sri Lankan Airlines, getting into Sri Lanka is easy. They fly to over 60 destinations around the world. The airline also have impeccable customer service and a great selection of inflight entertainment.

However, due to Sri Lanka’s significant size, getting around inside of the country can be difficult. Public transport isn’t in the best possible state, so there are a few things to consider when trying to cross the country. 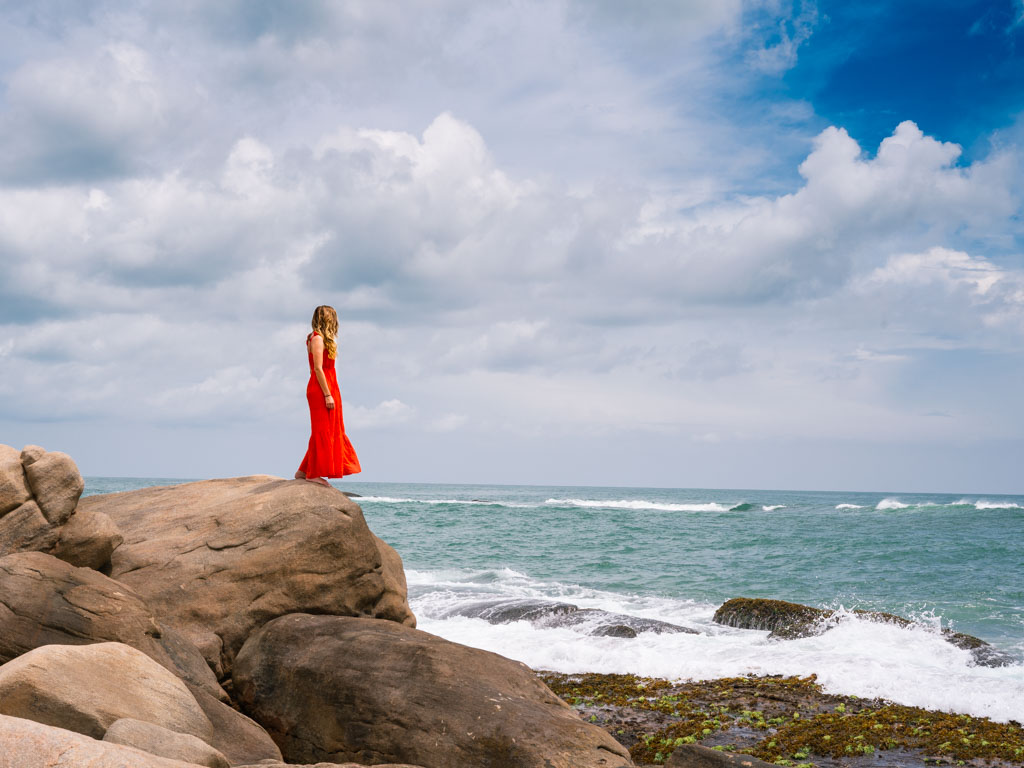 With plenty of unique landmarks and beautiful scenery, Sri Lanka should definitely be on everyone’s bucket list. Those that are on a budget will love that they can enjoy some luxury without breaking the bank. Cultures lovers will appreciate the rich history and well preserved ruins. And beach addicts will fall in love with the gorgeous coastline. What will you fall for? You’ll just have to visit and find out!