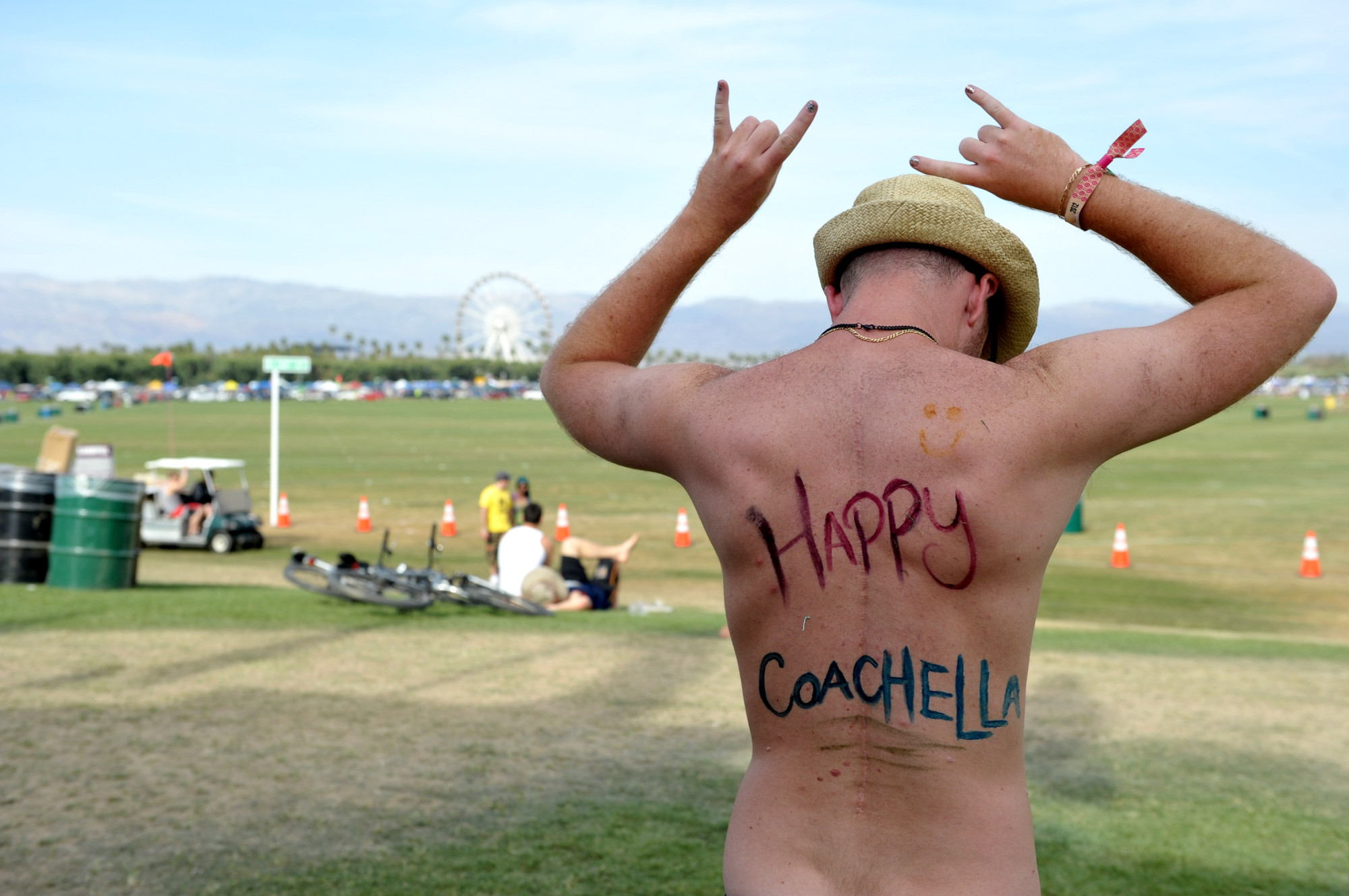 Okay, we all know the real reason thousands of people head to Coachella every year: to show off their meticulously crafted hipster festival outfits the music. But there’s a lot more to Coachella than your favorite bands. Goldenvoice is bringing the festival to a whole new level this year. From the delish food to the ridiculously awesome art, just make you sure you don’t forget to actually see some music!

Anyone who has spent time slurping down beers in the Heineken tent between sets will admit Coachella needs to step up their beer game. And this year, they have, with a craft beer barn. A whole barn of beer! Seriously though, they have a beer curator who has selected 120-150 beers on tap. Yum.

Coachella is also stepping it up this year food wise. A bunch of delish LA eateries will be setting pop-up versions of their restaurants. For vegans, vegos and carnivores alike, there’ll certainly be something delicious for everyone. From upscale Mexican food to fresh sushi, get ready for real gourmet. For a complete guide check out: this comprehensive guide. 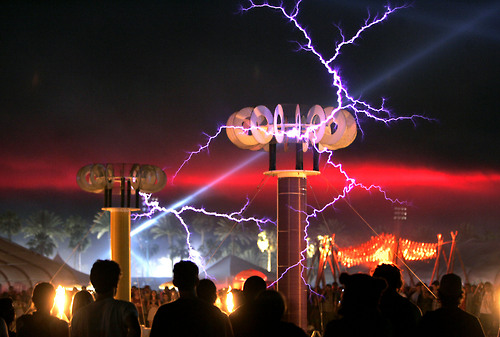 Second only to the music at Coachella is the awesome art. At what other music festival are you going to find roaring mechanical dragons that spit fire and giant crackling Tesla coils? The art at Coachella gets better and better every year and I’m sure 2014 is going to bring it.

Remember all those awesome recess games that made coming to school worth it? Well get ready for a big dose of nostalgia. Throughout the weekend, Coachella is hosting some old school favorites like four square, dodgeball and relay races.

Yes, you read that right. Coachella is bringing SNOW to the desert. Like the cold, hard, white stuff. This is happening Thursday night in the campground area. What better way to meet your new campmates than throwing a fat snowball in their face? 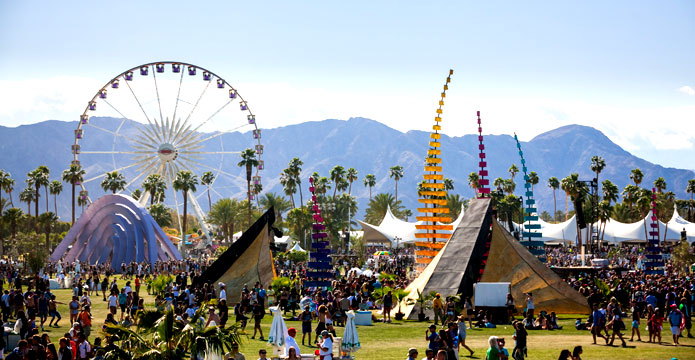 If your camping gear survives the weekend without getting totally trashed, consider donating it to local charities. Just leave it in one of the marked containers near the showers at the end of the fest. I’m sure someone would love some gently used camping gear with all those good Coachella vibes all over it. Just make sure you’ve cleaned off all the Coachella… everything else.

Feet tired from all that dancing? No worries. Grab one of the bicycle cabs roaming around the fest. These are free, but don’t forget to tip your driver! 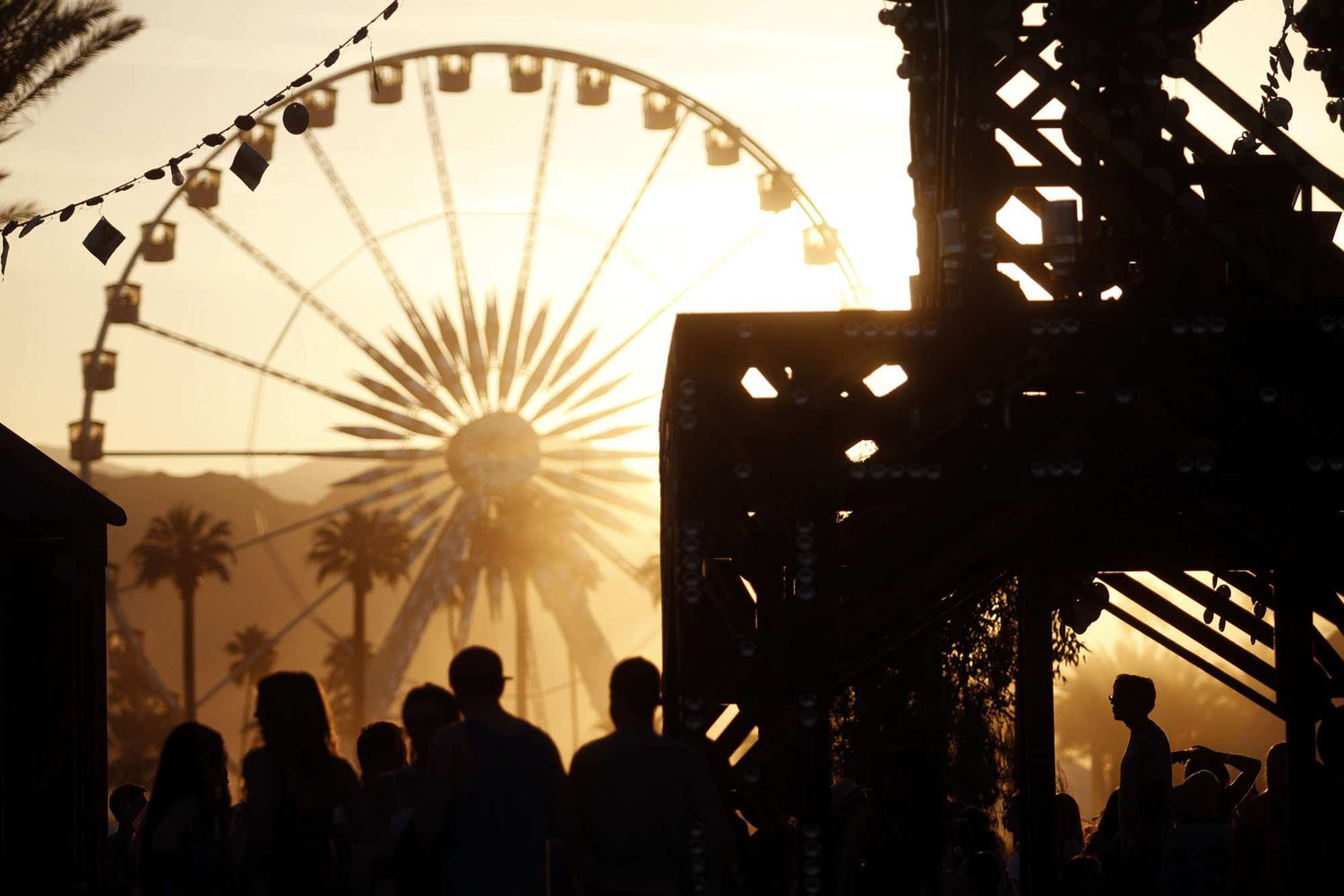 Even though Coachella is kicking ass with the food selection this year, eating at the food tents can get pricey. Lucky for you, there’s FREE shuttles to the local supermarket so you can stock up on cheap grub.

9)   Farmers Market in the campgrounds

There’s no better way to combat the physical toll Coachella takes on your body than some good fruit & veg. Get your produce kick at the farmer’s market located in the campgrounds.

From afar silent discos look completely ridiculous. A bunch of people dancing offbeat to music only they can hear. But they are actually a brilliant idea. After the shows finish, campers that are pooped can head to sleep while those that want to keep the party going can do so without keeping everyone up. (Also, if you’ve ever wondered what you look like at a silent disco..) 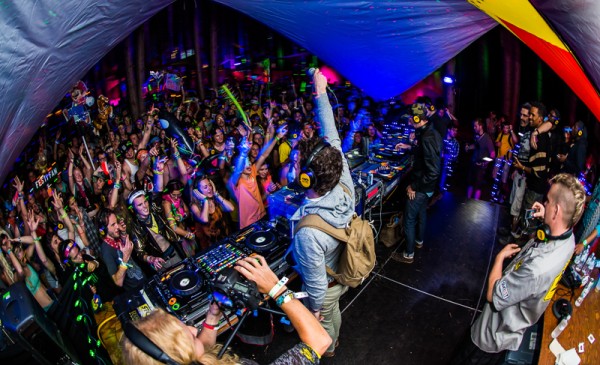